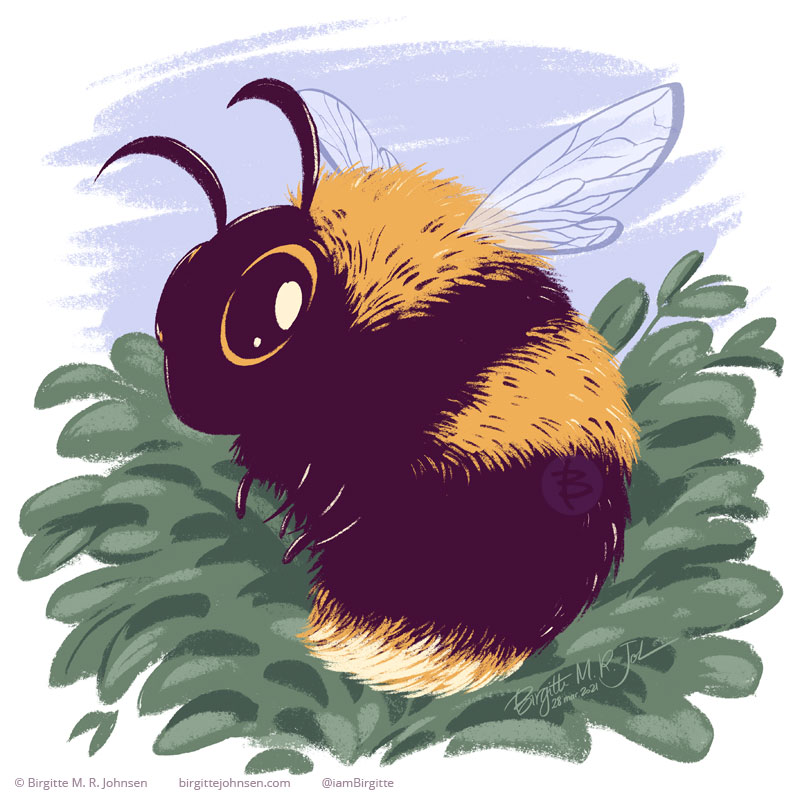 While I’ve painted a lot of animals, I appear to be in a place where I am wanting to play around with my style a bit more. This time I wanted to continue making animals cuter, like I started with my wolf cub and the cute renditions of Oliver and Naomi. This resulted in a series of cute animals, or “Chonky” as I like to call them, as they’re made rather round animals with exaggerated features, almost cartoony, all in an attempt to make them look as cute as possible.

One of my favourite images from this series is this bumblebee, which to me just looks super cute with its massive cartoon-like eyes and tiny wings and feet. It might appear that it’s extra big, but it wasn’t painted to be a giant bumblebee, it’s just zoomed in quite a bit, with some shrubbery behind it. Though would people be afraid of a bumblebee that were the size of a small bird if it looks like this? I think not.