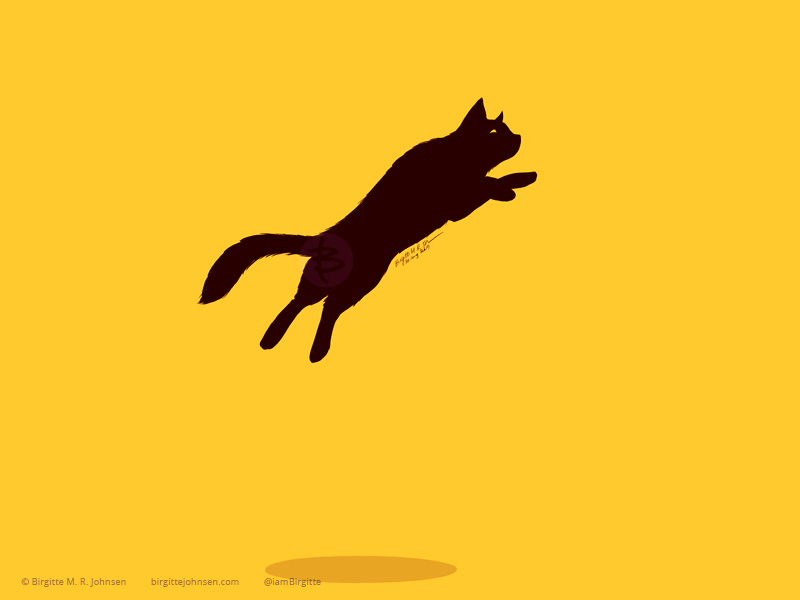 This image is based on an actual cat I know. She sneaks in without you noticing, as though she’s your shadow, and she’ll effortlessly jump onto tall cabinets and even fridges. 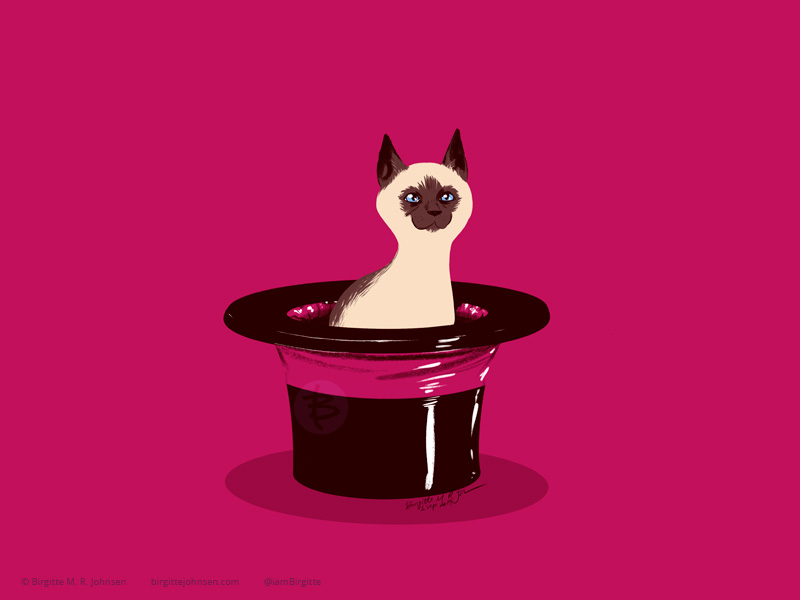 Maybe a little bit cliché, but when I was thinking magical I was thinking of a magician, and how they’d replace the standard white rabbit with a siamese instead. 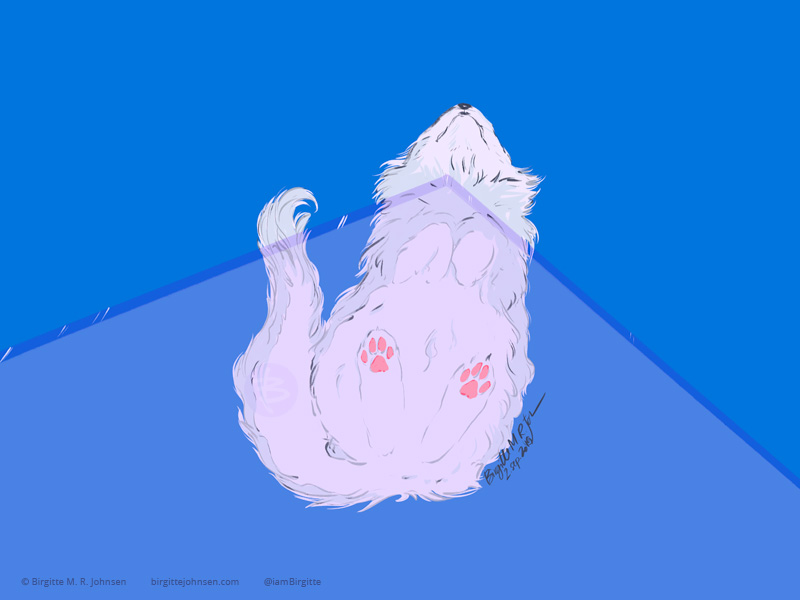 I loved creating this image, and using a slightly different angle than usual. The aim was to be able to draw the cat’s toes without having it stretch or claw at something, and this was the result. 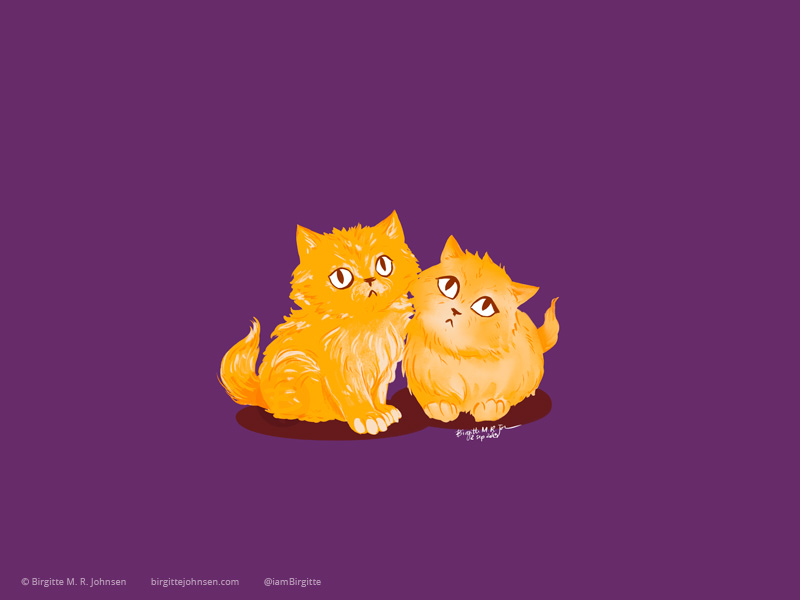 The prompts here lead to a quite simple image: Persian kittens. 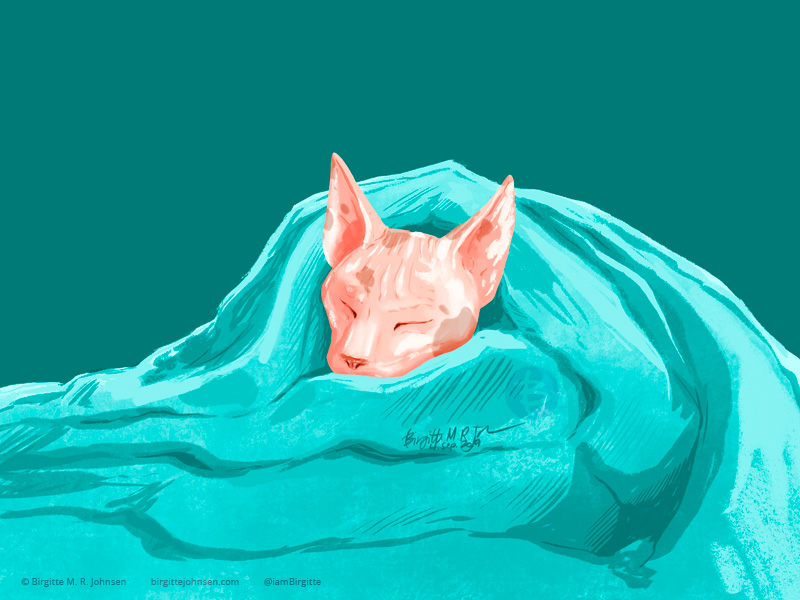 Also a rather self-explanatory image, though as a Sphynx doesn’t have any fur, I wanted to make this one super cozy. 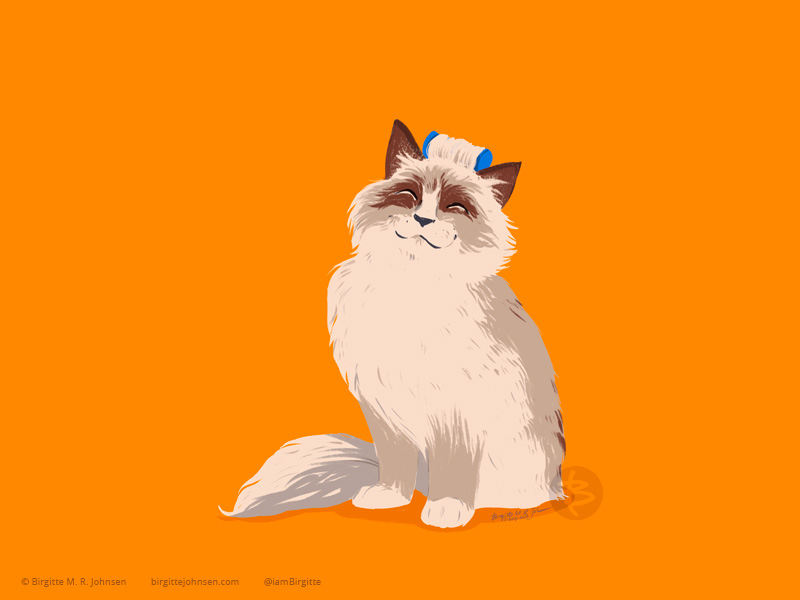 This little kitty is getting its hair curled, and it appears to enjoy it. In hindsight I could have done more here, added a sheet mask or something like that, but I initially wanted to keep it rather simple. 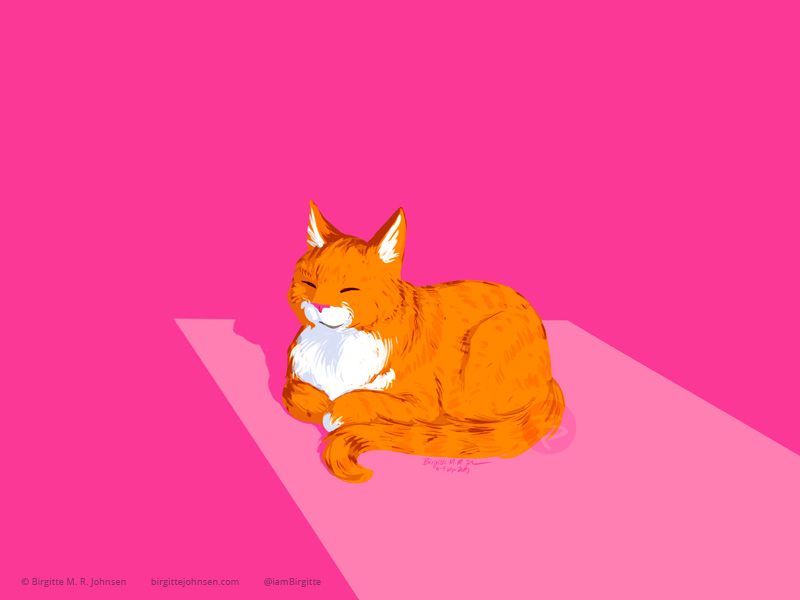 Cats love sleeping in the sun, be it indoors or outdoors. I suppose they just love being nice and warm. 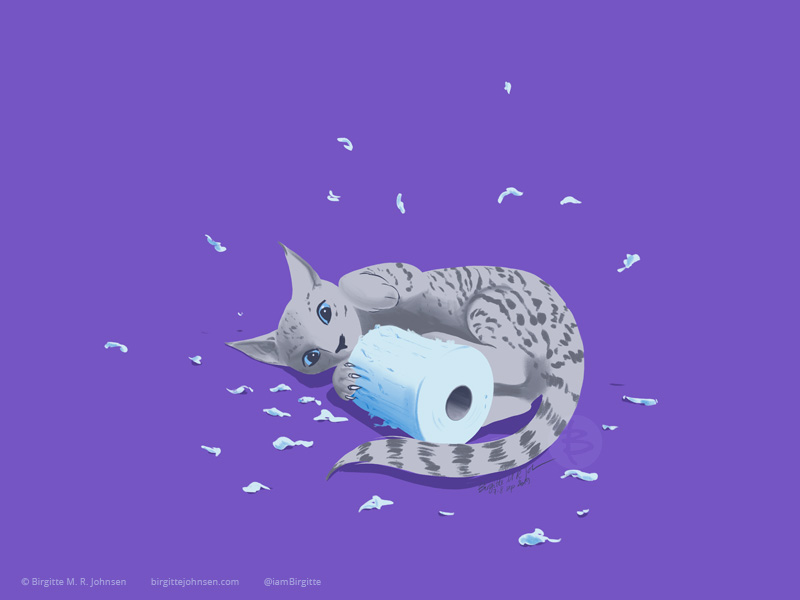 What happens when a cat finds a toilet roll? I definitively wouldn’t want to be the one who’d have to pick up after this. 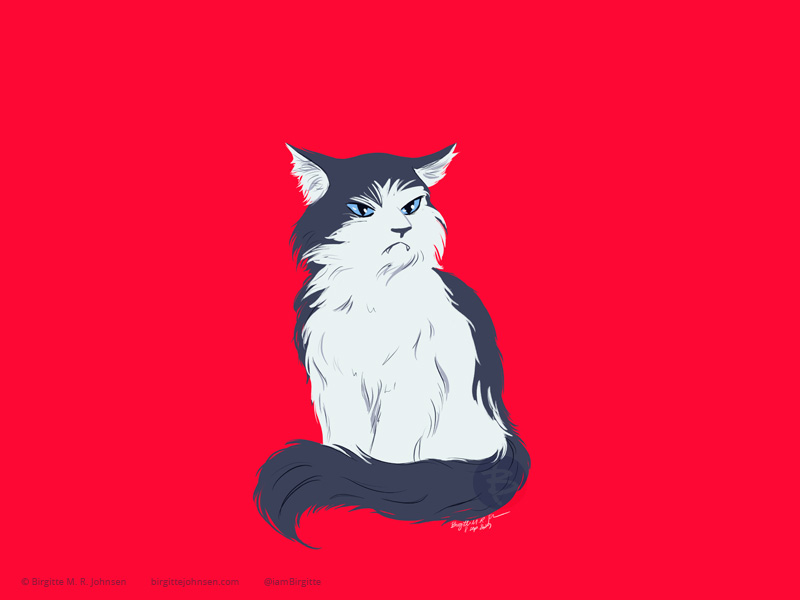 I have no idea what this cat has done to be so grumpy, but it seems its day has been ruined, and it might just be out to ruin your day as well. 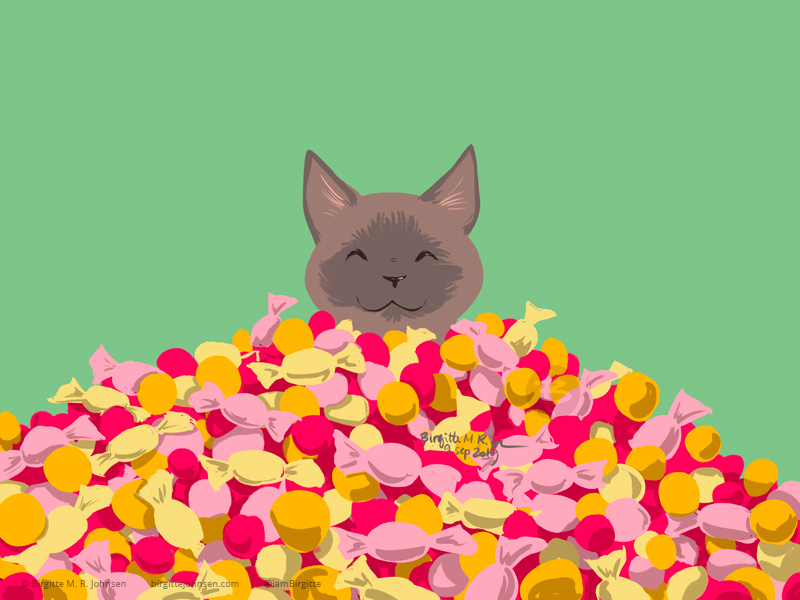 Just a cat in a mountain of sweets, obviously not intended for it. 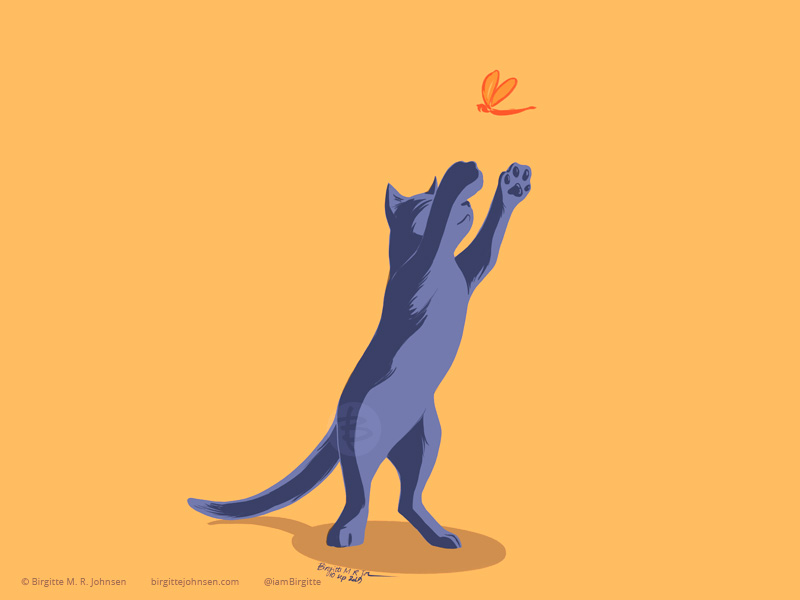 Cats love to hunt, be it animals, insects or toys. 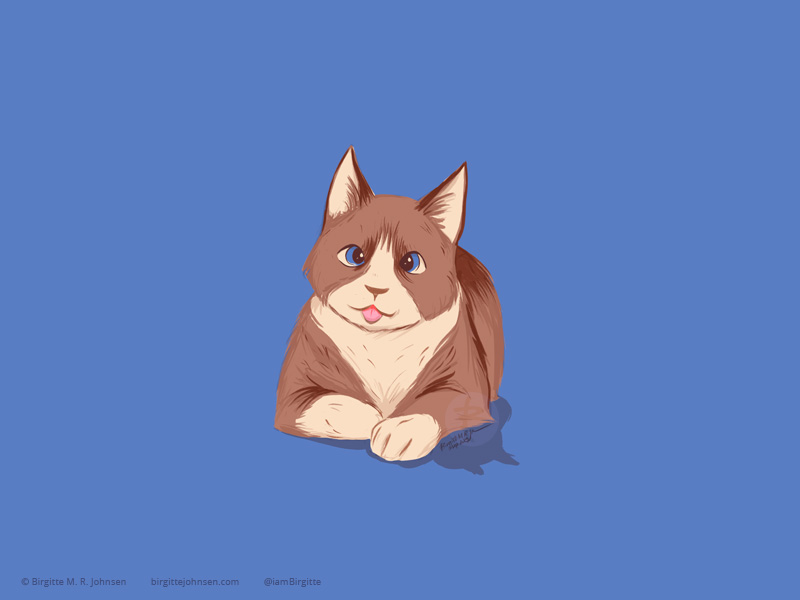 Not certain if I managed to make this kitty derpy enough, but it’s still cute I think 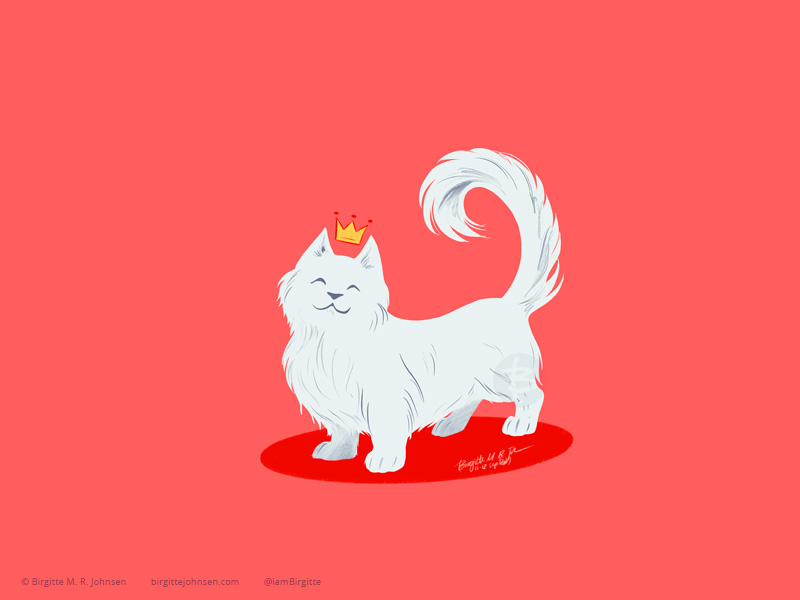 I found these two prompts quite fitting. Munchkins are sort of the cat version of Corgis, who has Corgis? The Queen of England! The two prompts may be a match made in heaven. 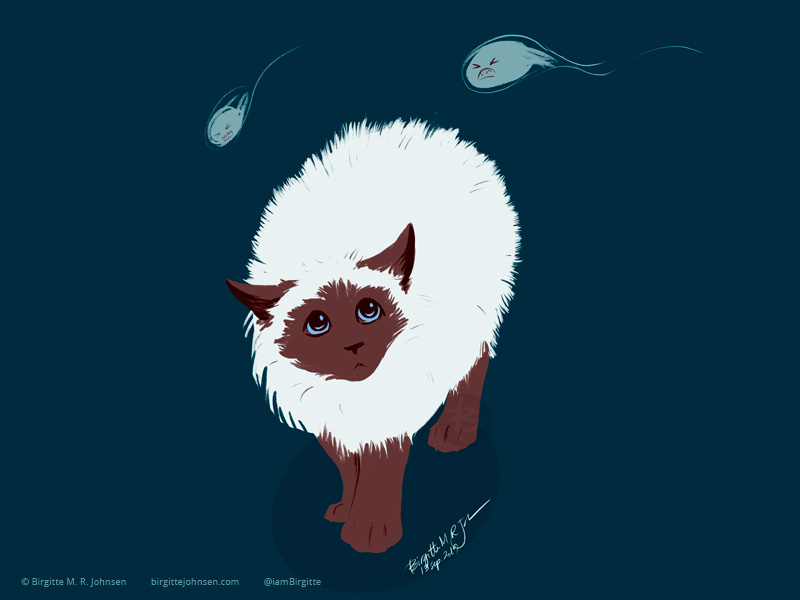 This cat wishes there was a cat version of ghost busters to get rid of the spirits which are spooking it. 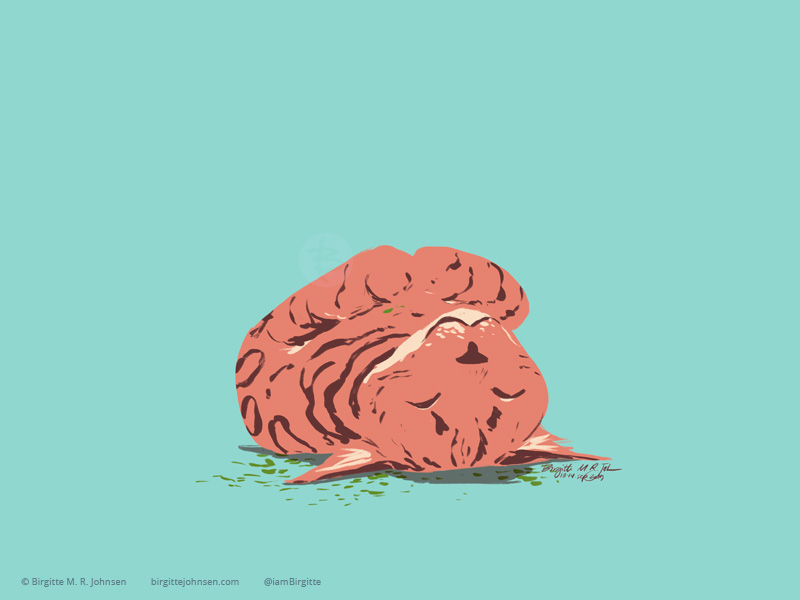 This little kitty may have had a bit too much catnip. 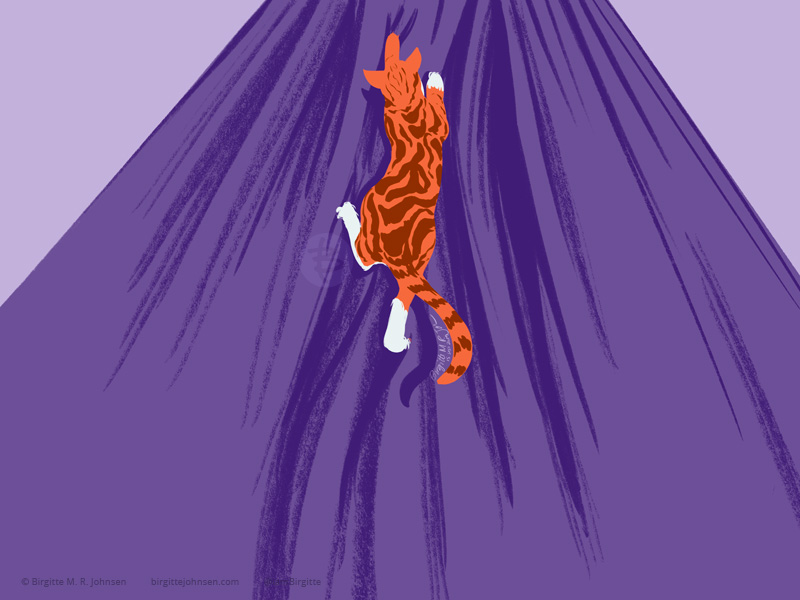 There might have been a bug or something this cat is chasing, or maybe its just having its daft half hour. 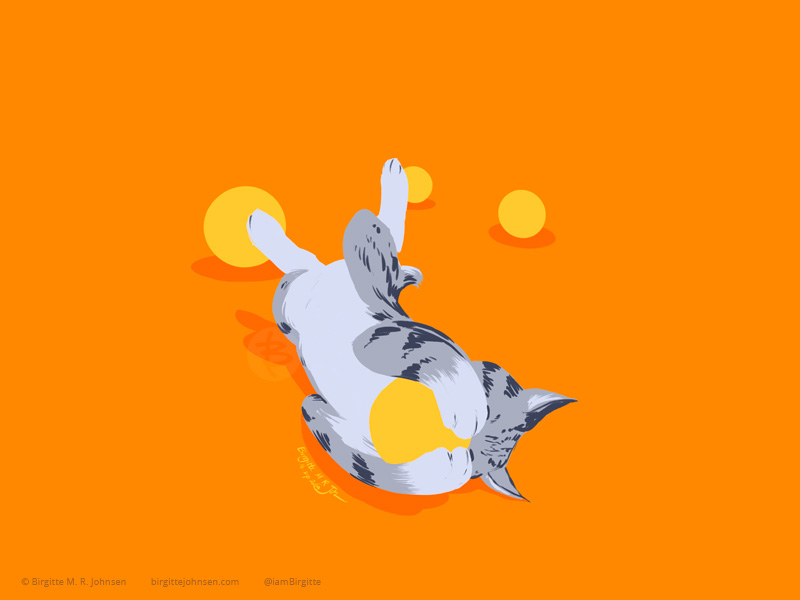 I imagine there being more toys off-screen, though it can only play with one toy at the time. 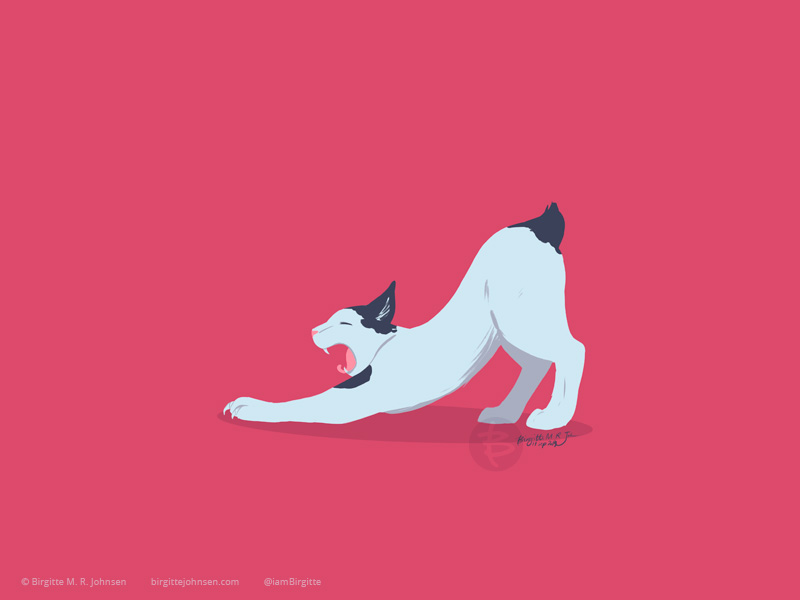 A yawn is often followed by a lovely stretch. 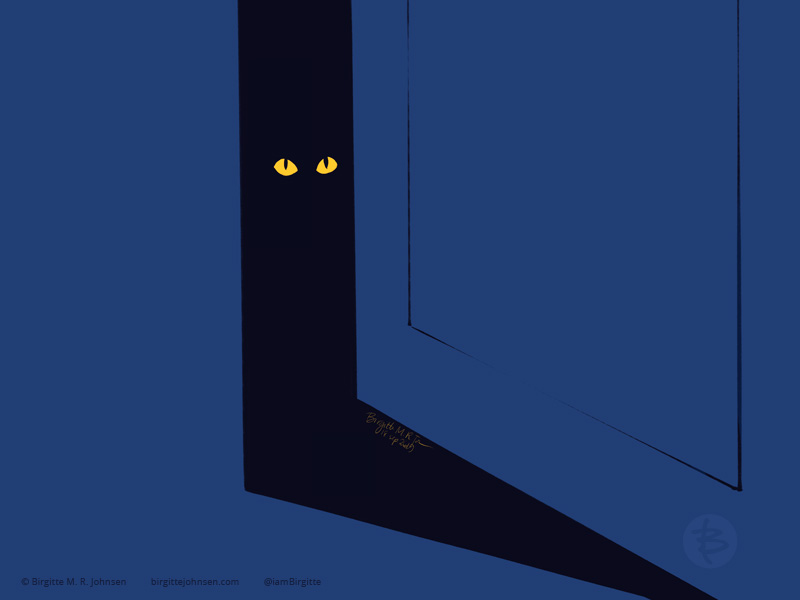 Ok, this one felt a little bit like cheating, as I have black cat hiding in a dark room, but it is exactly what the cat would do as well. 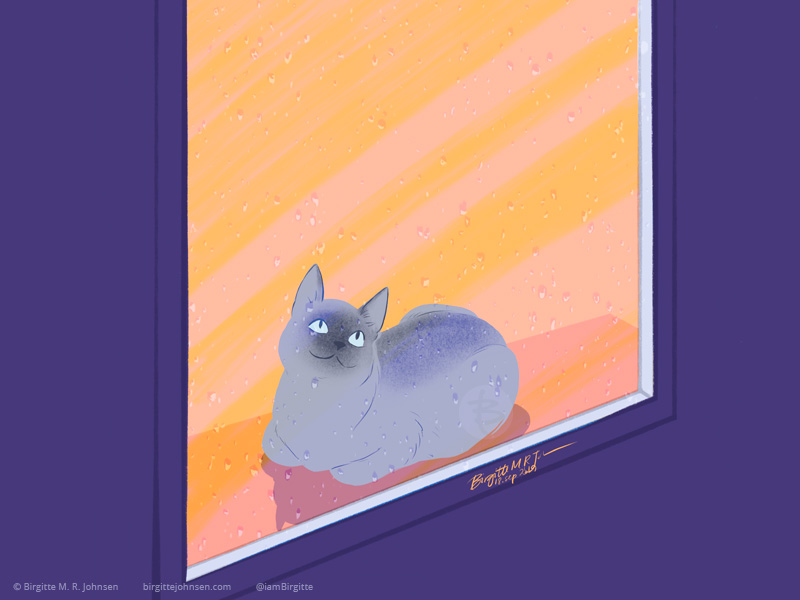 This cat is surely pleased to be indoors when it’s raining. 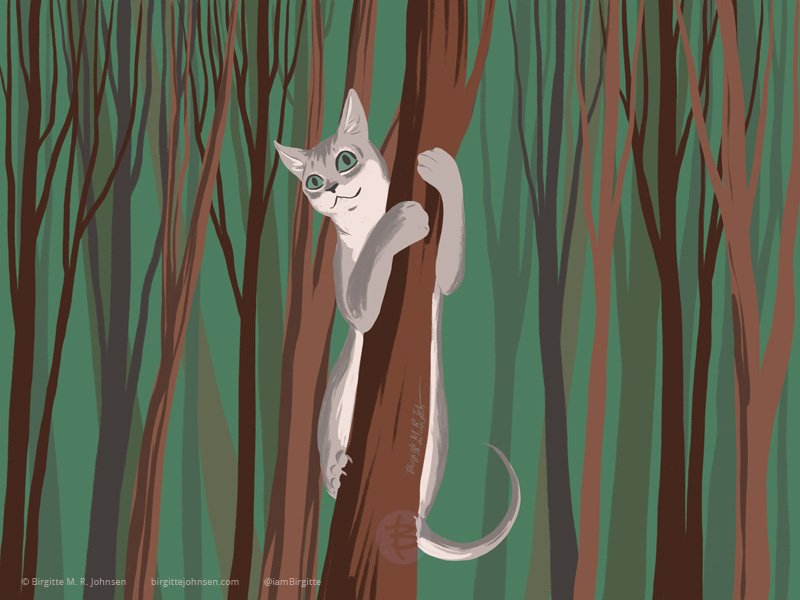 Some cats climb trees, and like we saw earlier: some climb curtains. 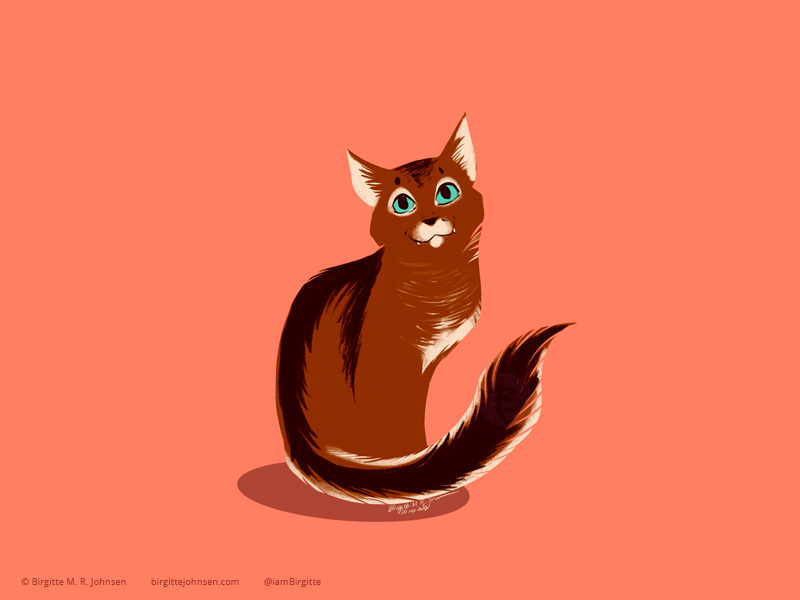 I don’t think this is a vampire cat, though I have to say this cat breed looks gorgeous, so that was more of a focus here than the fangs. 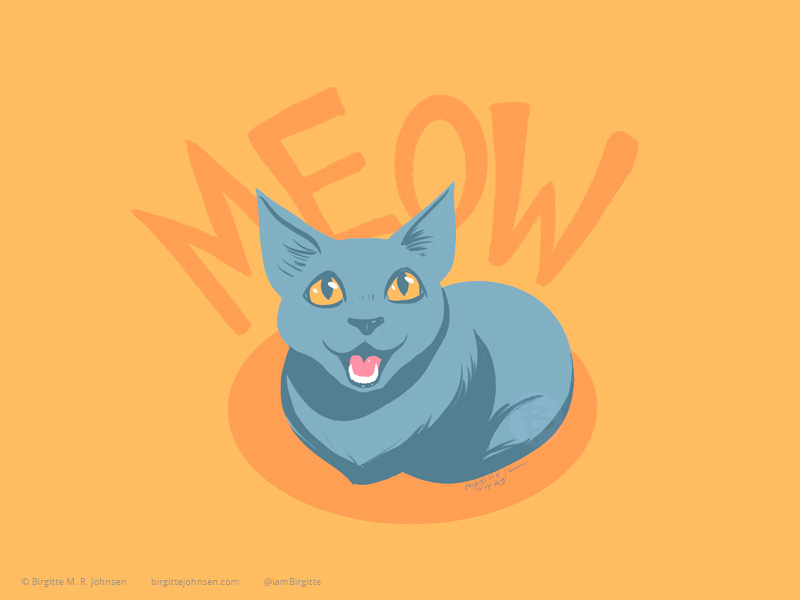 I’m not sure what point this cat is trying to get across, though I am guessing might be food related. 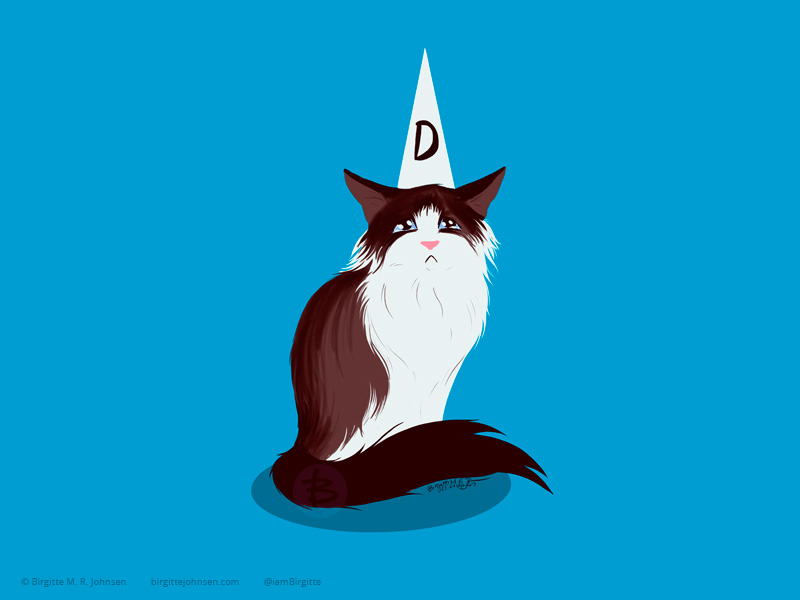 Not sure what this one has done, but I am sure the dunce hat isn’t deserved. 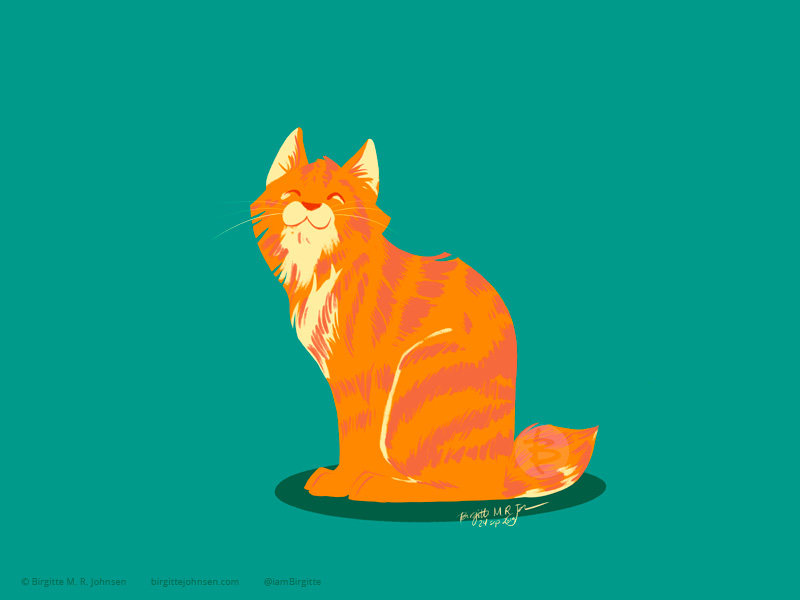 Most cats are fluffy, so in hindsight I could have made this one more fluffy than the rest. 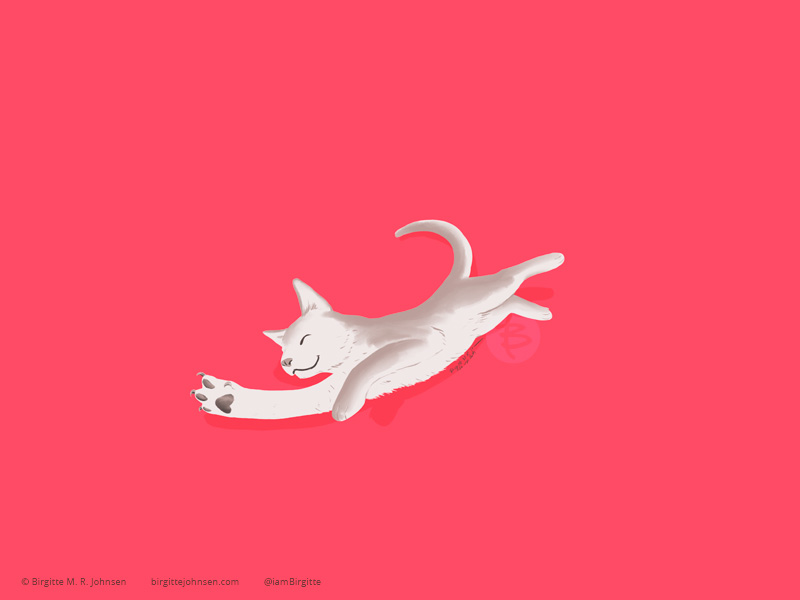 A stretch, possibly mid nap. I hope it’s having some lovely dreams 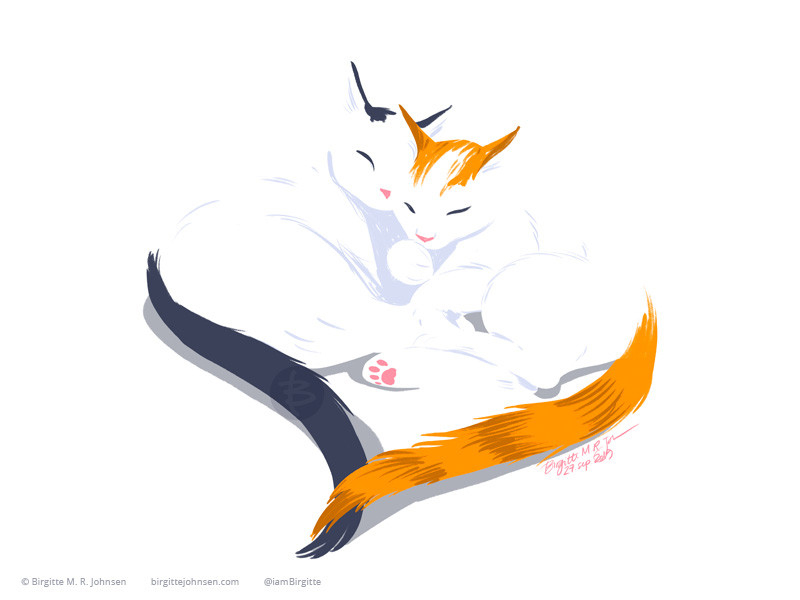 I wanted to draw two hugging cats, though I changed my mind and rather wanted two cats snuggling. The colours and markings of this breed definitively makes this image work so much better. 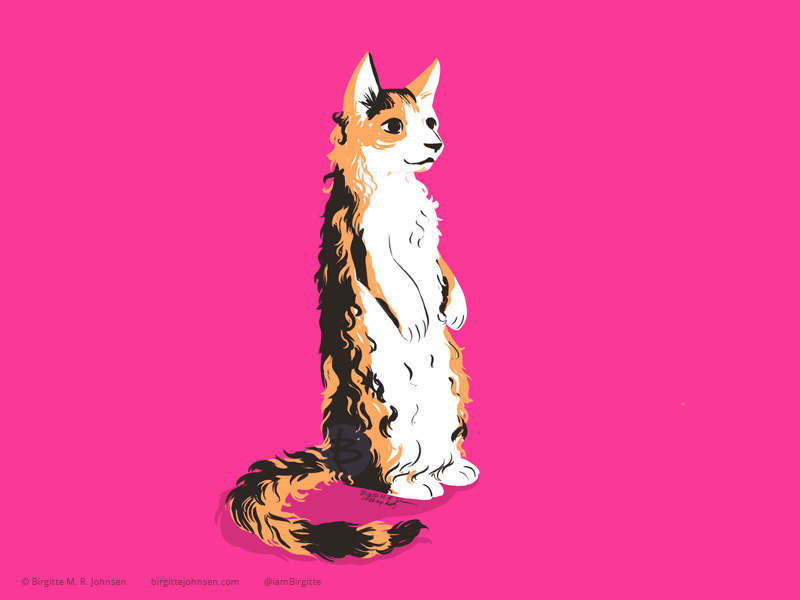 Cats are odd, sometimes they sit up like meerkats. This breed was also really interesting to draw, as I haven’t seen many curly haired cats before. 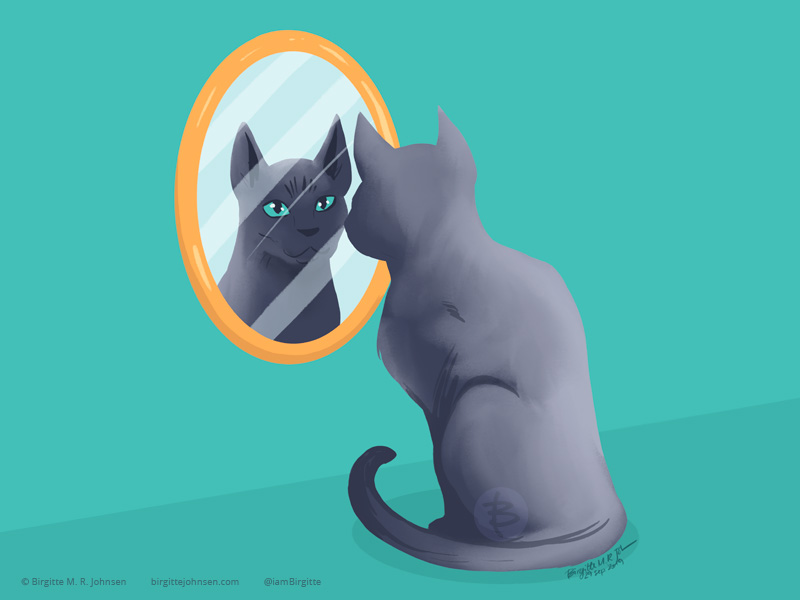 Not sure if this kitty may be a little bit vein or if it’s trying to spy on us. 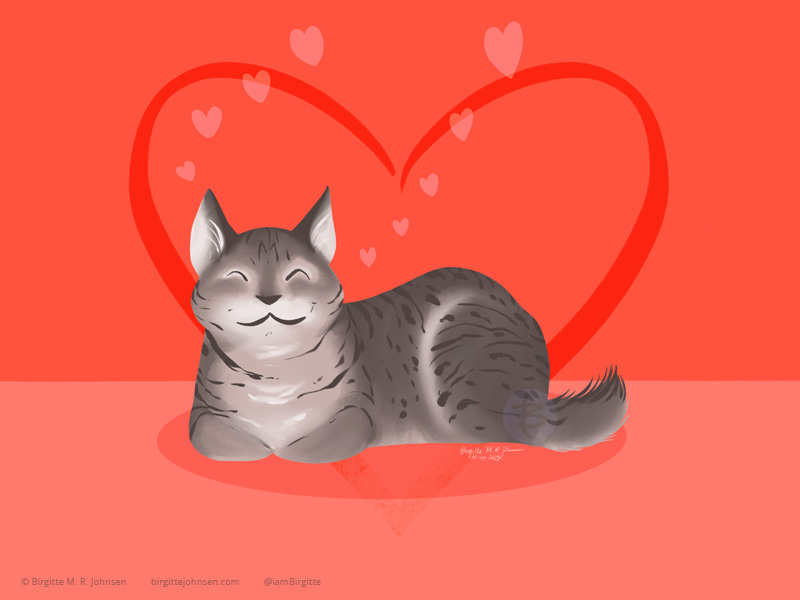 A lovely image to end this challenge on, and this cat definitively loves you all.