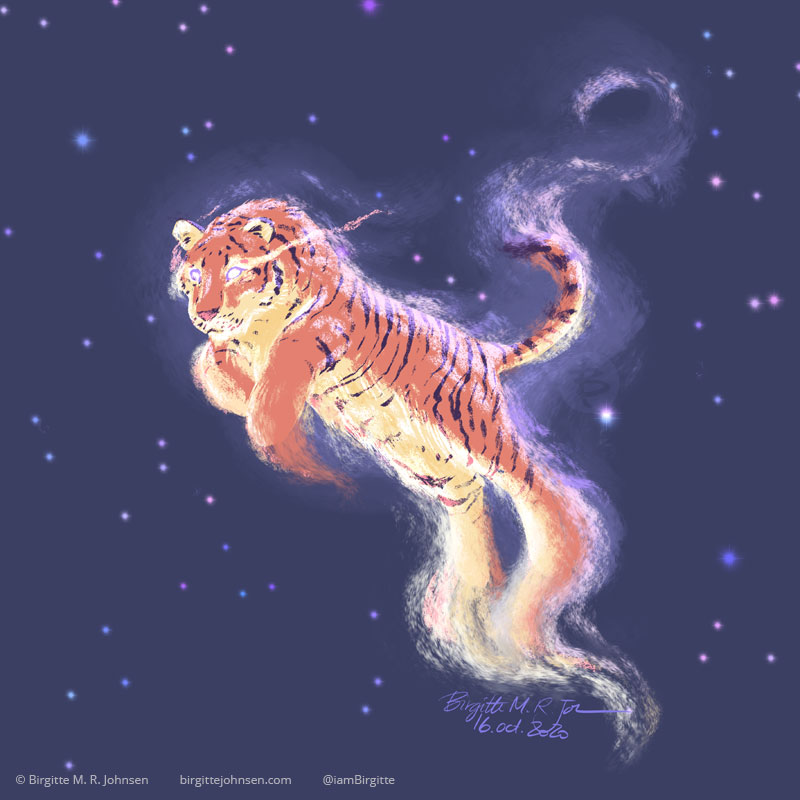 The first image in this series is of course a tiger. It wasn’t until after I had completed this series I realised that there is actually a tiger constellation, more specifically the White Tiger of the West is found among the Chinese constellations.

If you like this image, consider getting the print which is available in my InPrnt store. 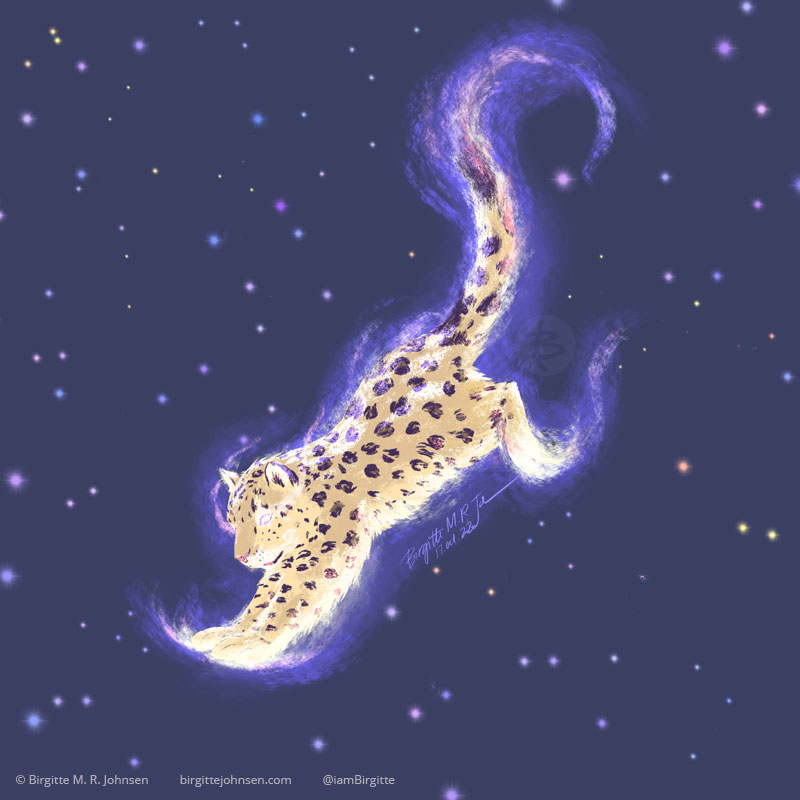 Next animal up is the snow leopard, which as the name suggests live in a cooler climate than their leopard cousins. This of course means they have a thicker coat, but also have slightly lighter coloured fur (well, the light bits of it at least).

I sometimes see the snow leopard as the leopard’s slightly derpy cousin, as I’ve seen a few funny videos where they’re a bit goofy, but they’re also known as being quite agile.

This image is also available as a print which in my print store. 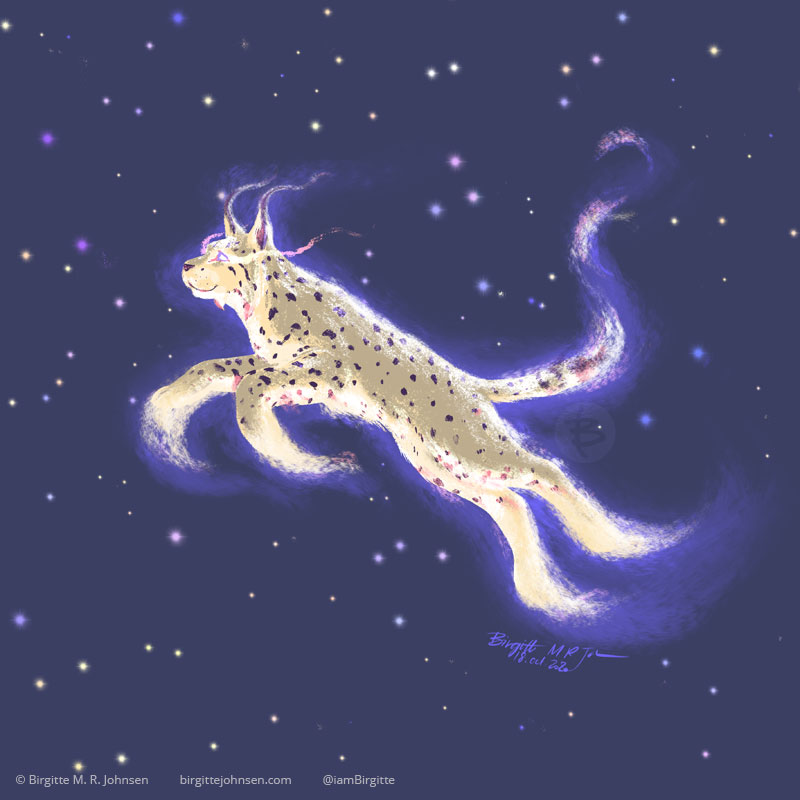 The final big cat of this series is the lynx. I don’t know why, but when thinking of big cats the lynx never springs to mind as easily as other cats. This might be because there’s often an emphasis on the other cats, often due to their endangered status.

You can also find this image in my print store, InPrnt.