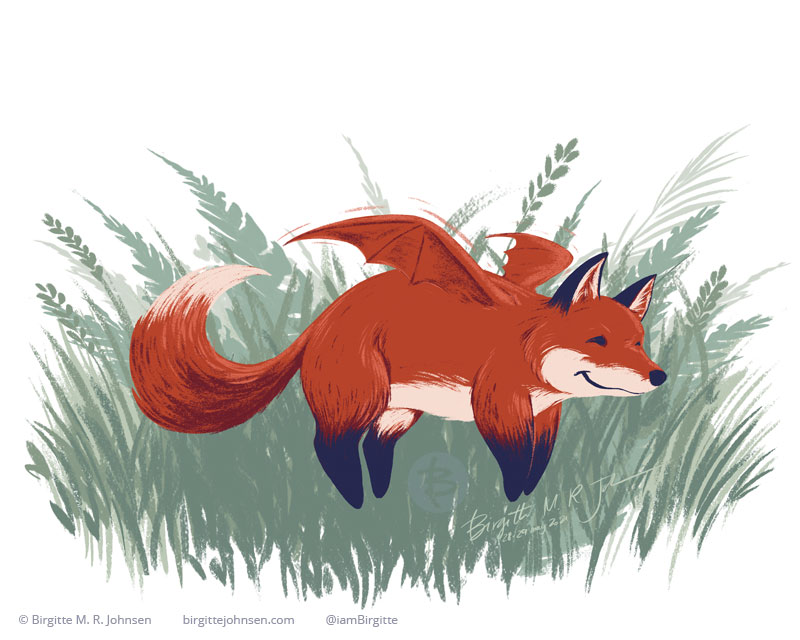 Every one knows that a flying fox is actually a fruit bat, whoever, I wanted to paint a more literal version of this. However, three years after completing the image, I decided to revisit the image, making a slightly more chubby version and using a slightly more muted colour palette, all with the goal of making the character a bit cuter and friendlier. This creature is made as part of a series, which includes the tiger bee and the leopard moth. To tie the three images better together, I ended up creating similar backgrounds for all three images.

There is another version of this image with a background, which is currently available as print. This version, however, is available as both t-shirts and stickers. 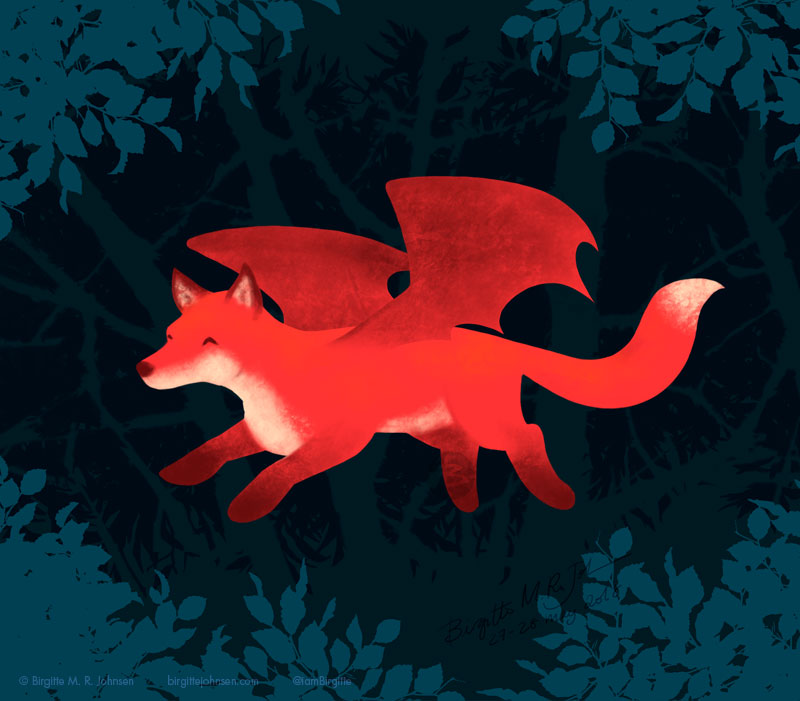 This was the final image I made in the original animal mash-up series, and it felt quite natural to paint, considering I had already made a literal version of the leopard moth. I suppose it’s also possible to see it as a bit of an excuse to paint a fox, which are always fun to paint.

In case you prefer this version to the new one, please know that it is also available as a print.