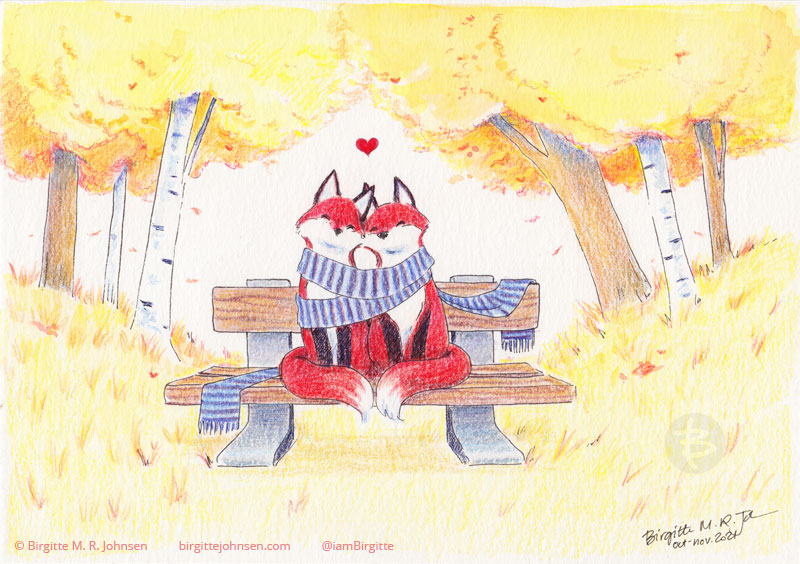 Over the last few years most of my commissions have been digital, I was recently contacted by an awesome commissioner who I worked with in the past, who wanted to commission me to make this image. She loves my Tawny owls image that was made n November 2020, though was actually based on an image I made all the way back in 2017. Though the twist on the image would be for the image to feature two foxes instead of owls. And a second twist was that she wanted it painted traditionally. All of this led to this image which is made with both ink, watercolours and coloured pencils.

I absolutely loved working on this, and I’m reminded of how much I fun it is working traditionally. And if you are interested in a commission, be it traditional or digital, feel free to drop me a line!

As this commission was made traditionally I decided to document the process. This was particularly important for me as traditional work takes longer as ink and paint needs time to dry. It was also done in order to get more feedback from my commissioner, to make sure that she was happy with the way things looked throughout the process.

While I am sharing some of the process for the finished image here, please know that there is an entire process prior to these stages as well. There was a sketching phase to get the right composition, and format, but there were also several sketches to try out different mediums and techniques. All of that work is instrumental in the creation of the finished image, and making sure that my commissioner get the image she envisioned. 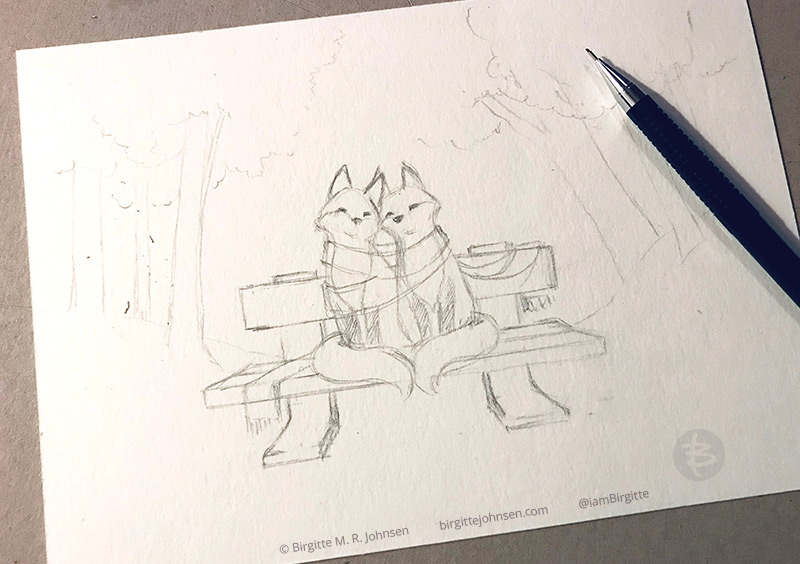 The initial pencil sketch tend to seem really messy, but that’s ok. This stage is instrumental in getting the placement of the different image elements right. If the placement is off, it’s always best for it ot get caught in this stage, as it can be very difficult to fix later down the line, which could result in having to start again. 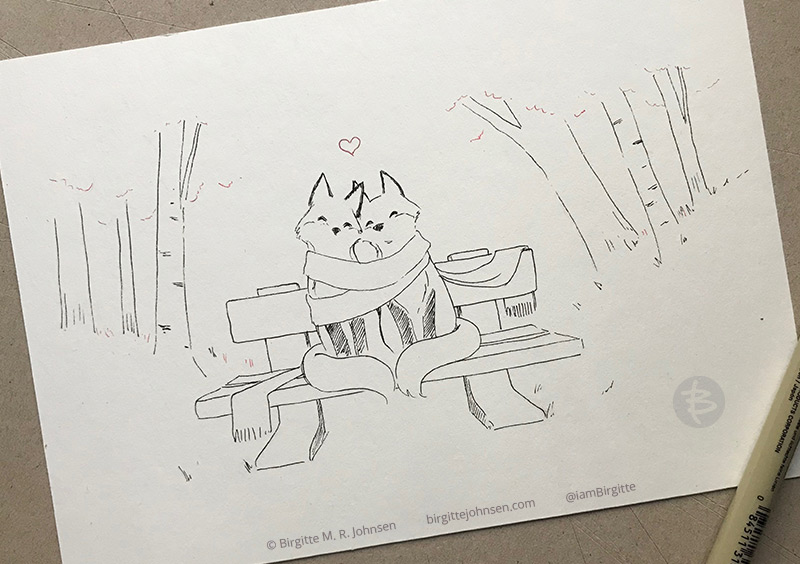 Inking is sometimes the most scary process of an image. Pencil lines can always be erased, but ink isn’t as forgiving. It’s not just a matter of tracing the sketch itself, but making sure the line quality and hatching are similar throughout.

It might not be all that visible in the photo, but I’m actually using two colours ink here; black and red. The Red is used sparingly in the background, but also for the heart. 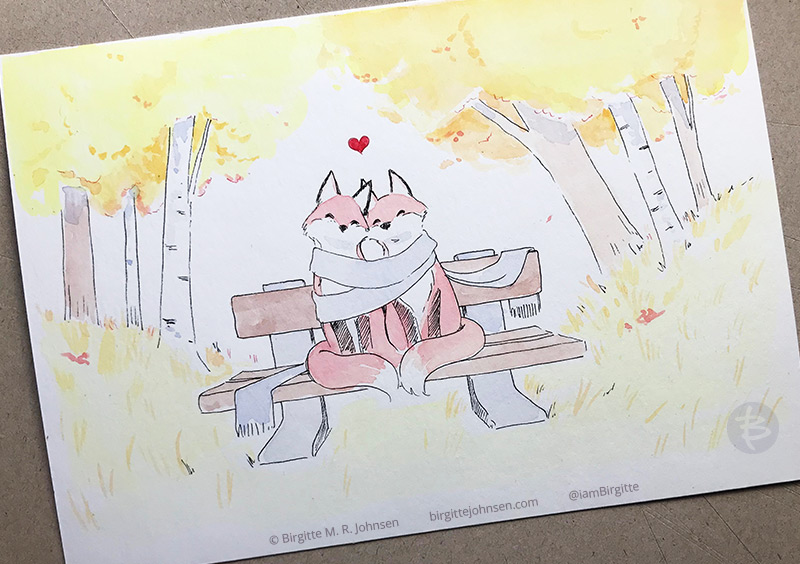 To add a splash of colour I used watercolour washes. If the finished image was just going to be ink and watercolours, then I would have added more layers of colour, and used opaque layers of paint. Though, as I was going to layer on coloured pencils on top, then these washes were the prefect amount of colour.