While I was quite happy with the tree frog I painted in 2020 (see below), I wanted to see how it would look in my new-found style. When comparing the two it shows how it’s actually my choice of brushes which have been a bit of a driving force behind the change of style, as the colours aren’t blended as much in this version. There’s also a slight change in colour usage, where my colours aren’t as “loud”, in lack of a better word, but there’s also more contrasts in the frog itself. The only thing I had added for this image was a background, but it’s still quite cute the way it is. 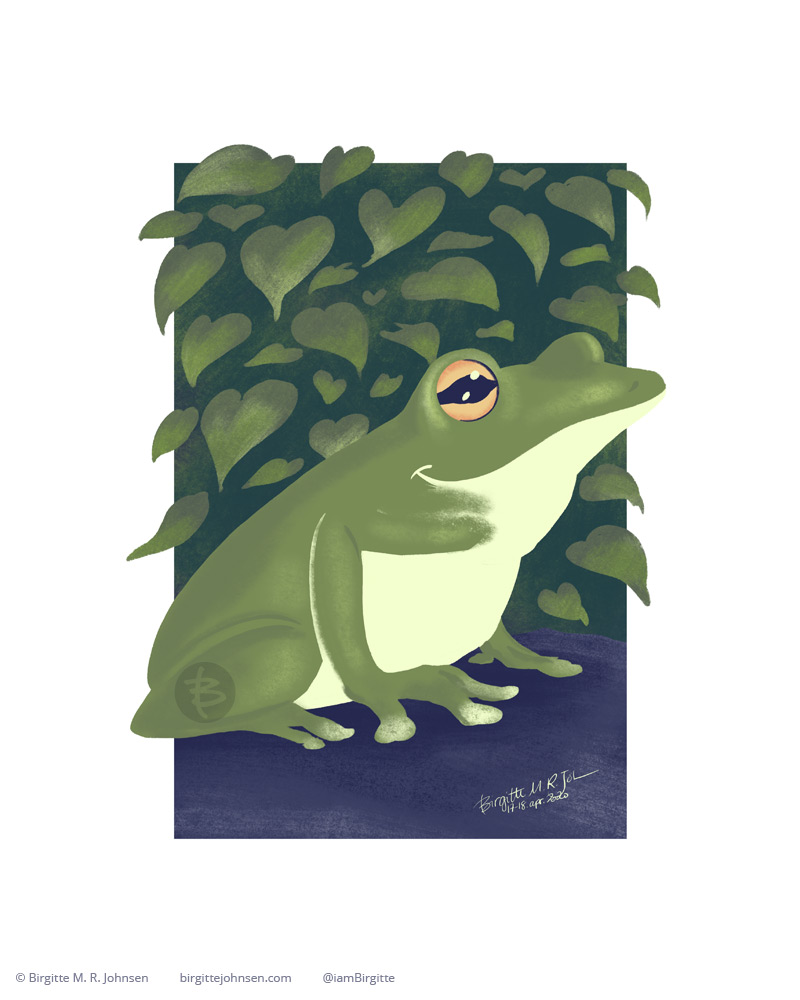 Admittedly I haven’t drawn that many frogs in my lifetime, but I decided to challenge mysef by asking my followers on Instagram and supporters on Patreon to suggest animals for me to draw. One of the suggestions I got was “Frog”, though a specific type of frog. Therefore, I decided that it was artist’s choice, and went for a little tree frog, because they’re so damn cute.