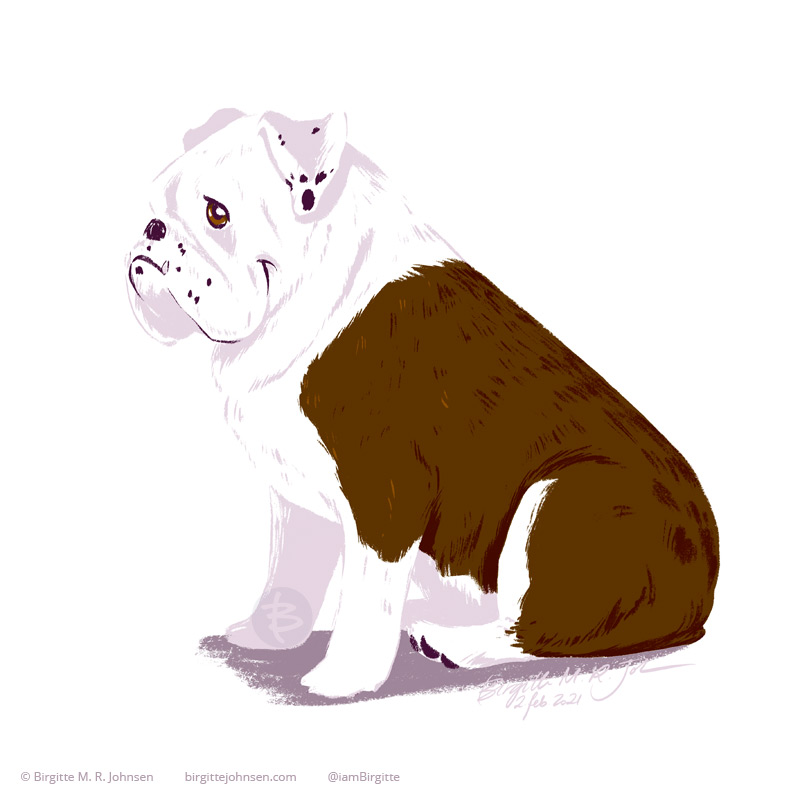 I’ve been wanting to repaint Gladys the amazing English bulldog for a bit, and decided to try out a slightly more simplified style, inspired by my wolf cub painting, which also means that I chose to limit my colour palette of seven colours.

In all honesty this image feels miles away from the portrait I painted of her a few years back (see below). Just a totally different style in general. But what you probably don’t realise is that she was actually featured in my 2020 Doggust series, as she tends to be my go-to bulldog model. 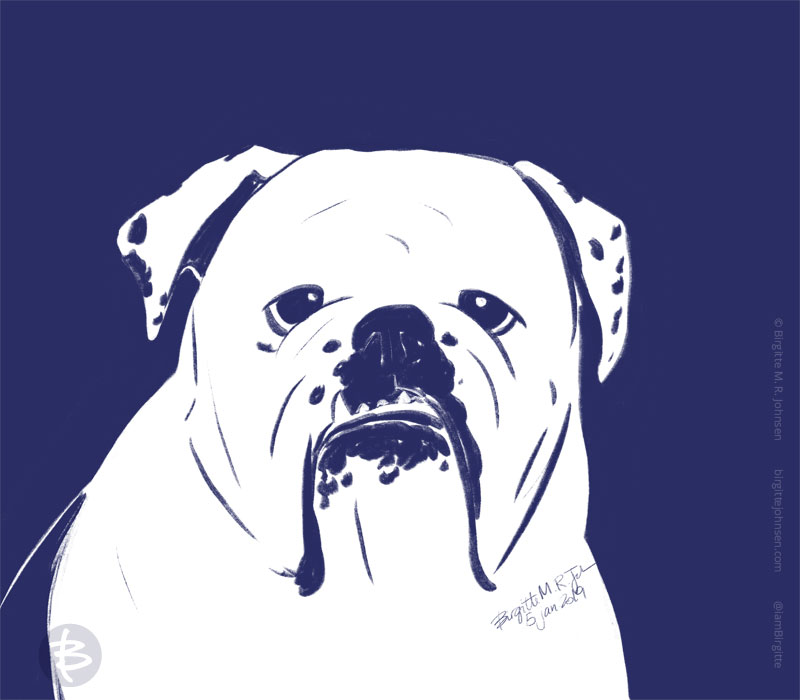 Gladys might look grumpy, but she she’s one of the happiest dogs I know. She definitively knows how to get your attention when she wants it: placing a paw on your shin, with 20-30kg behind it (she’s solidly built), will provoke a reaction.

Sometimes she’s sometimes found resting her head on Daphne, if they’re both sleeping at the same time. They also share toys, though I am still not certain if the brute strength of Gladys or the speed of Daphne is what wins.