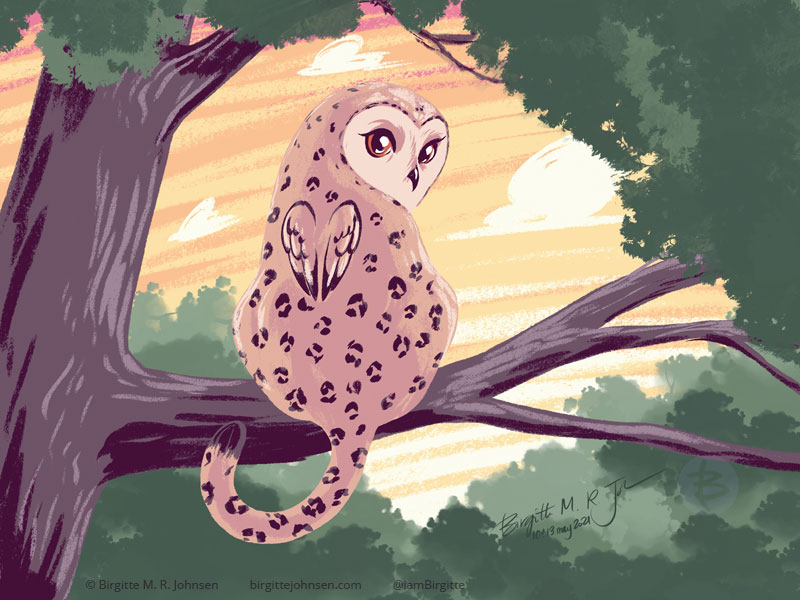 This wasn’t my first attempt at the barn owl and leopard griffin, the first one was a great concept, but I didn’t like the style I painted it in. So I decided to just have another go at it and ended up with this image.

If you really like this image, know it’s available as a print. 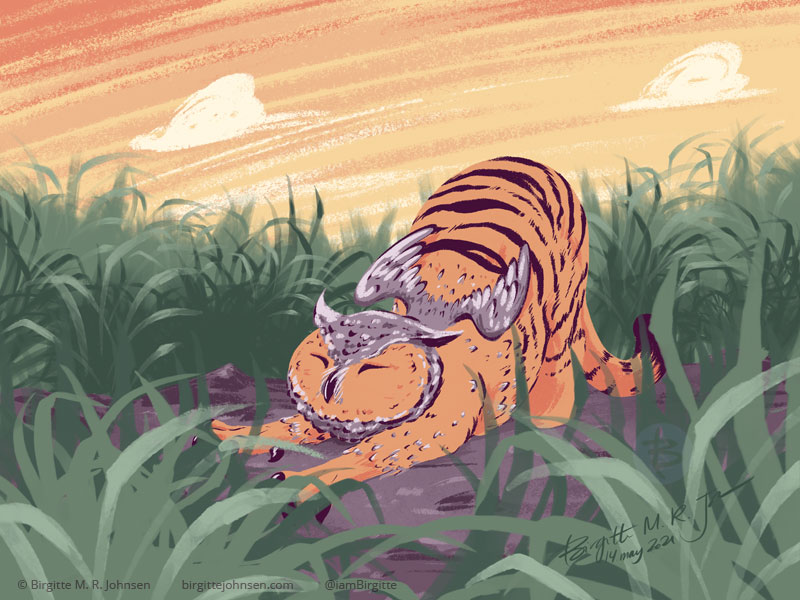 I thought a tiger would make a really interesting kind of griffin, and decided to pair it with another owl, this time a great horned owl. The size of this one is a lot easier to guess with the grass in the foreground. My intention was for this griffin to be about the size of a cat, maybe one on the smaller side.

This little griffin is both available as a print, but also as apparel and stickers, should you want to have one of your own. 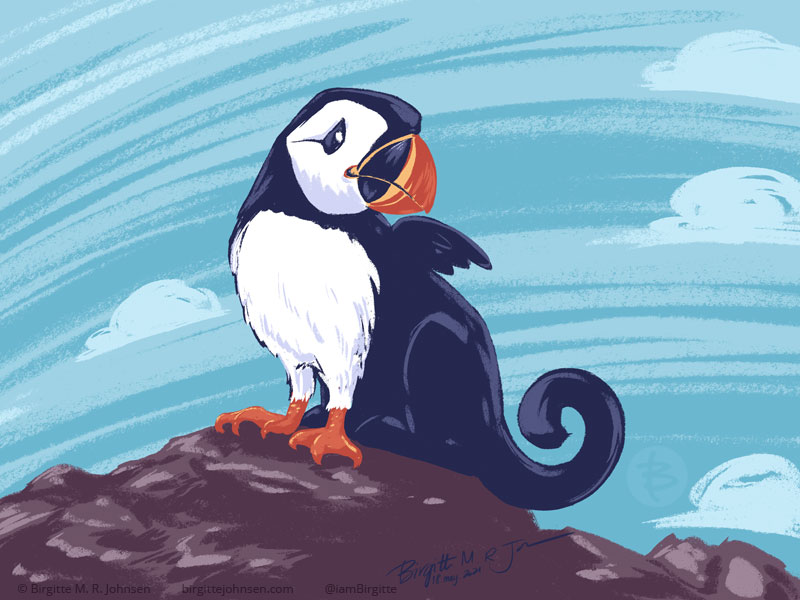 With my third griffin I got a little bit bolder, and picked a bird which seems quite unlikely to be part of a griffin: namely the puffin. I chose the puffin as I wanted it to be a bit more colourful, and I paired it with a panther, because I wanted the puffin to be the star of the show, not the big cat. Again, this griffin is meant to be the size of a domestic cat, and most likely doesn’t mind a bit of water.

I’ve also made this little guy available as a print should you want it hanging on your wall. 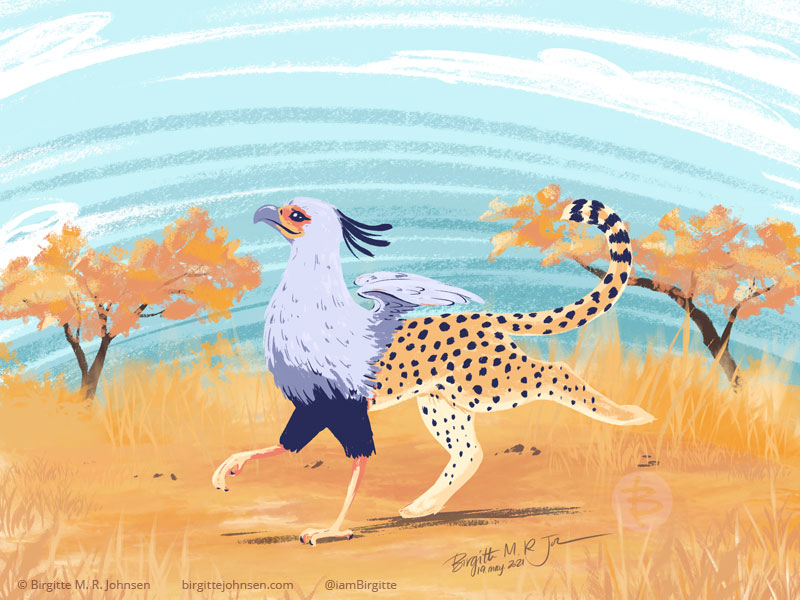 The fourth and final griffin consists of a secretary bird and a cheetah, which to me seemed like quite a good mix, which would give a slightly regal griffin. Of course this one is quite quick and deadly, and might be better at flying than the others, as its got slightly bigger wings.

Again this griffin is available as a print.