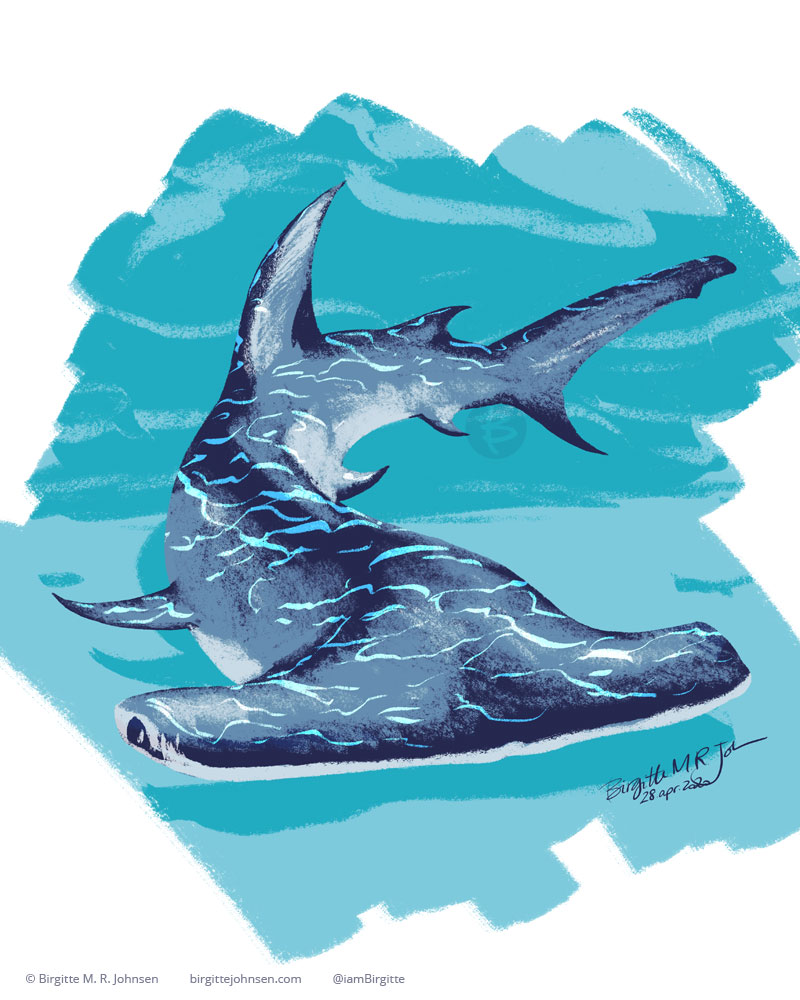 I don’t know about you, but I am not fond of sharks. But I was ready for the challenge when I randomly got the promt ‘hammerhead shark’ from my followers. I’m quite pleased that it was a hammerhead I got rather than a great white, or similar sharks, as I think the hammerhead shark has a more friendly look!

This image was done as part of a series of animals which were suggested by my followers on Instagram and supporters on Patreon. This animal was chosen entirely by chance, as I drew a random suggestion from a cup.