Of course I decided to revisit the leopard moth as well as I had already done so with the tiger bee. The premise is the same: I wanted to take the name “Leopard moth” literally, and yes, a leopard moth is a real moth! Again my focus was to make the body a bit more rotund with a slightly more muted colour palette. As you can tell by looking at the tiger bee itself, I am making sure to keep the background similar for all the images in this new series, just to tie them a bit more together.

There is another version of this image which has a fuller background, that version has been made into a print. And this versions with the white background has been made available for t-shirts and stickers.

This is part of a mini series of animal mash-up which also consists of the tiger bee and the flying fox. 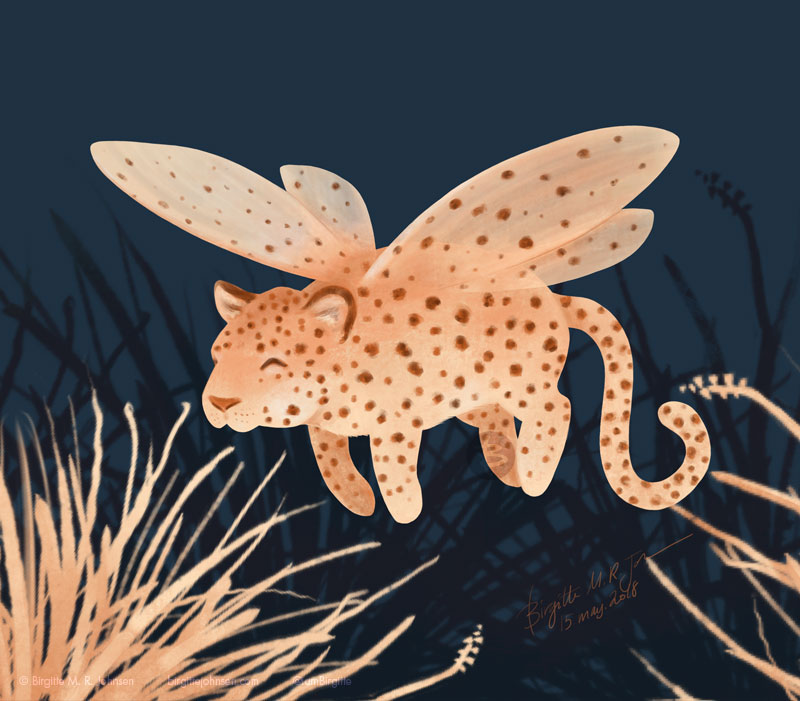 The first version of this creature was created back in 2018, which was spurred on by the original the initial tiger bee, wanting to do more of a play on words than try to make a new creature.

It is also available as a print, should you prefer this older version to the new one.