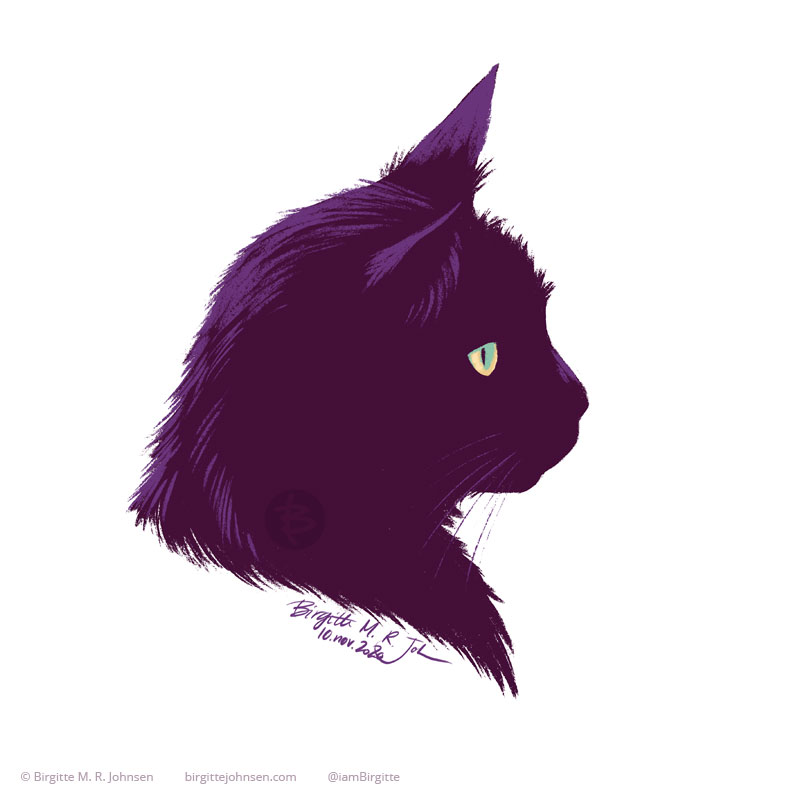 Black cats get a really bad wrap, many think they are unlucky, but most of them are absolutely lovely cats, much like Naomi here. It might take her some time to trust you, but she is quite cuddly once you get to know her, on her terms of course.

The challenge with painting black or dark coloured animals is that they can often become little black holes or just a black blob on the canvas. So I did something slightly unconventional, I chose to not use black at all, and picked dark purple, which would be a lovely contrast to Naomi’s yellow eyes. To avoid having this pet portrait look like a purple blog I added just enough of the lighter purple to give an idea of the shape of her head, and the ear which which wouldn’t be visible at all. I also added a little bit of a turquoise in the eyes, to capture some of the cool green colours which are sometimes visible in Naomi’s eyes.

If you are interested in a pet portrait, or an image in a similar style to this, please drop me a line!