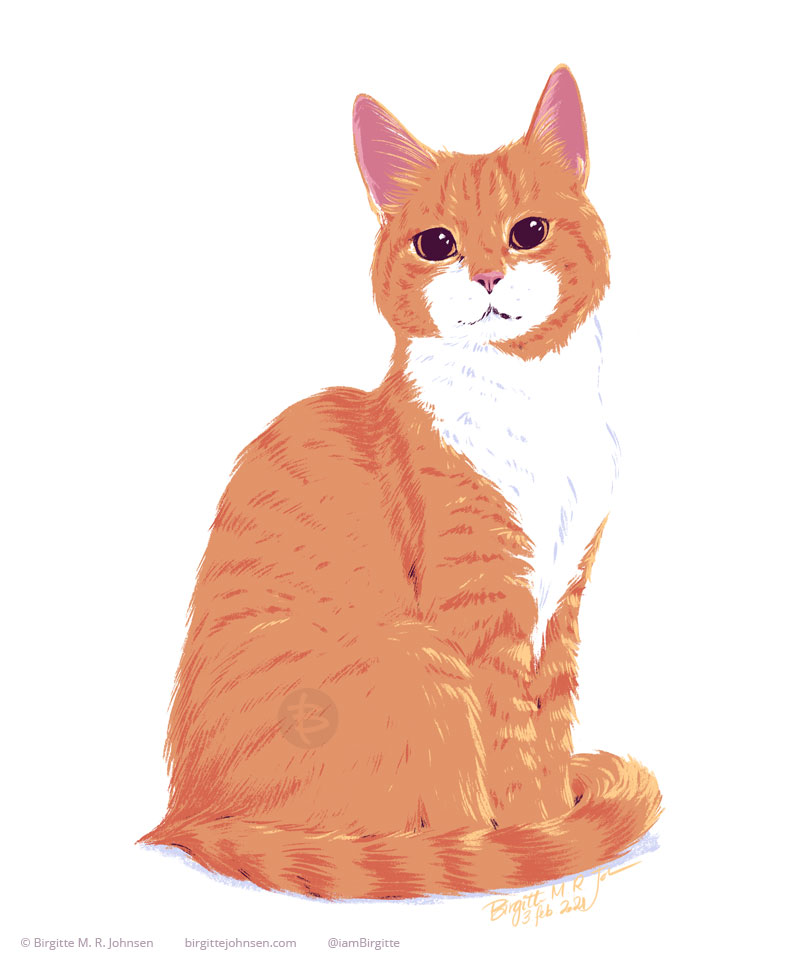 This adorable little guy is Oliver, who is a bit of an old man, with over twenty trips around the sun, which is kind of old for a cat. That said he was an absolutely lovely cat, super cuddly and sometimes a bit grumpy, but he was also be playful like a kitten even in his sunset years. Sadly he passed in early 2021, and he definitively broke several hearts, but will always be fondly remembered and very sorely missed.

I wanted to play around a bit with my style, or solidify it if you’d like. I ended up painting him in a few different versions, but this one is my favourite. I think it sits really well alongside the portrait below. I also had some fun and painted Oliver in a much cuter almost cartoony style.

If you are interested in a pet portrait, be it a full body portrait, like this one, a memoriam painting, or just the head and face like below, please feel free to get in touch! 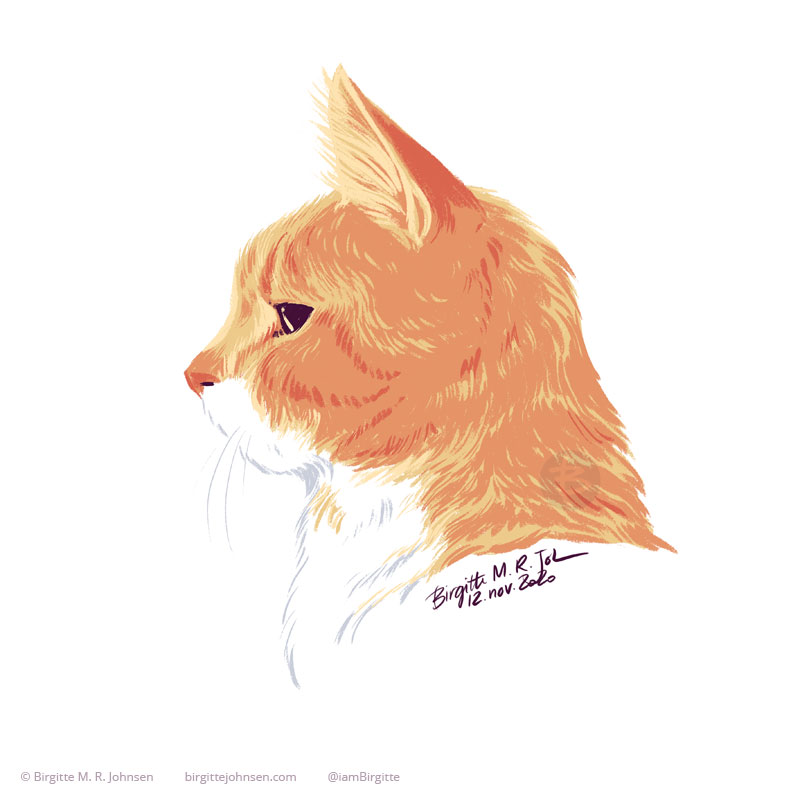 This portrait was painted back in November of 2020, when he was getting older, but still able to fully navigate the world seemingly without issues. He’s been one of my favourite cats to paint, and I was so happy to paint him several times before he passed. The past year he’s also been photographed more times than usual, as we kind of knew he probably wouldn’t be with us for very much longer. He was also featured on my Instagram account as under the tag Intermission kitty, as I’d post a photo of him instead of uploading new imagery.

While Oliver technically didn’t belong to me or my family, he belonged to our neighbour. That said, he more or less adopted us, as he has been spending the majority of his time with us for many years.