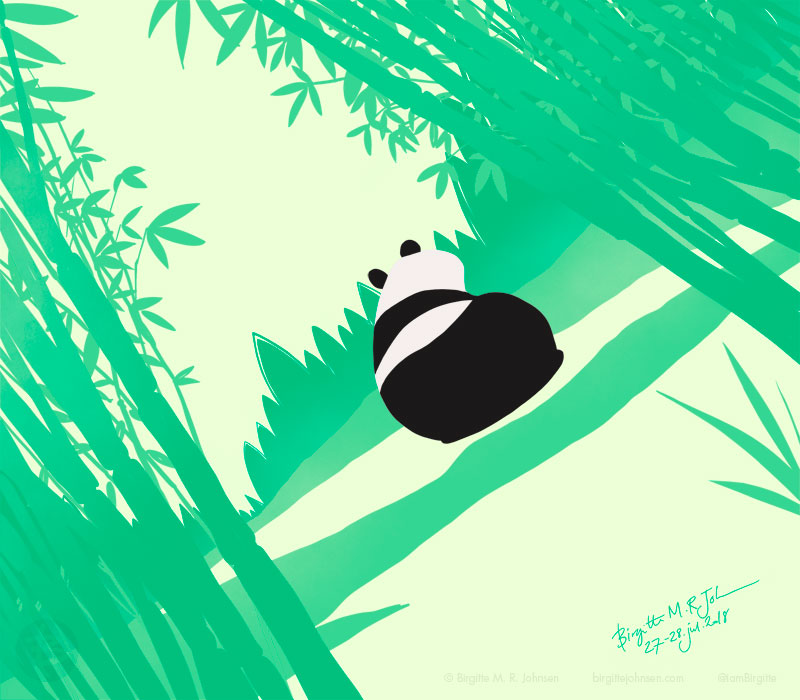 For some reason I’m lead to believe that pandas are the most zen-like and philosophical creatures in the animal kingdom. They sit around and eat a ton of bamboo, which makes people forget that these seemingly gentle giants also are carnivores at the end of the day. Sadly, bamboo is so low in calories, which mean the pandas eat during most of their waking hours, which is probably why they also seem so philosophical; as they do everything quite slowly and seemingly thoughtfully.