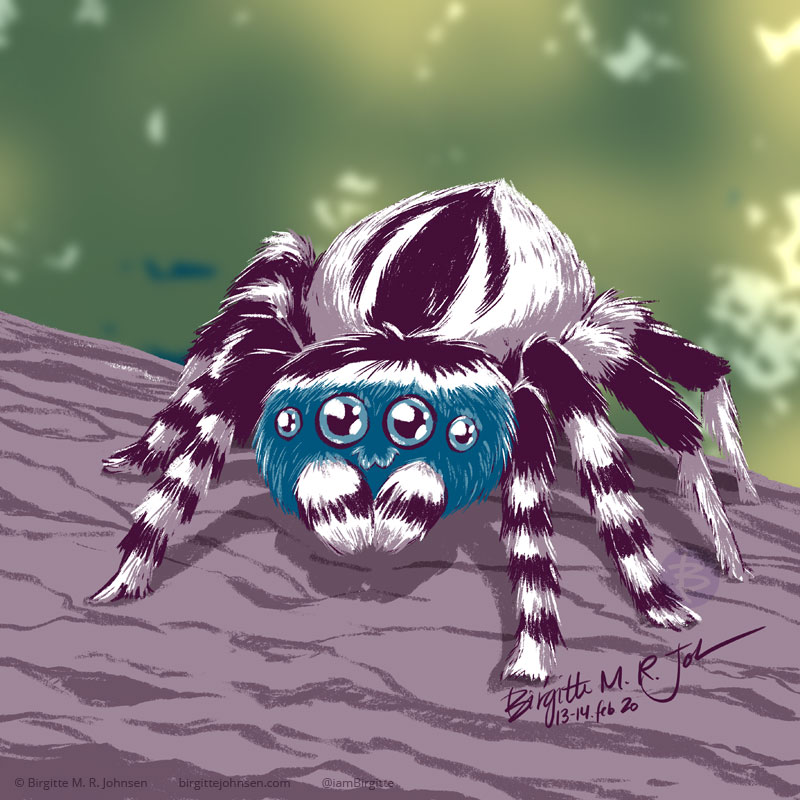 About a year after I painted the first peacock spider I wanted to draw some rather cute animals again. After I had painted a few animals which seemed easy to paint cutely, such as a wolf cub and a kitten, I decided to up the game and revisit the peacock spider I painted almost a year before.

What I wanted to achieve with this version of the image was to show more of the spider, rather than have it look like a massive head with legs. I also added less realistic eyes and a tiny little mouth to try to make the spider even cuter, as I know there are tons of people who cannot stand them. For the background I chose to go with a more blurred out and muted style, which helps put the spider in focus. 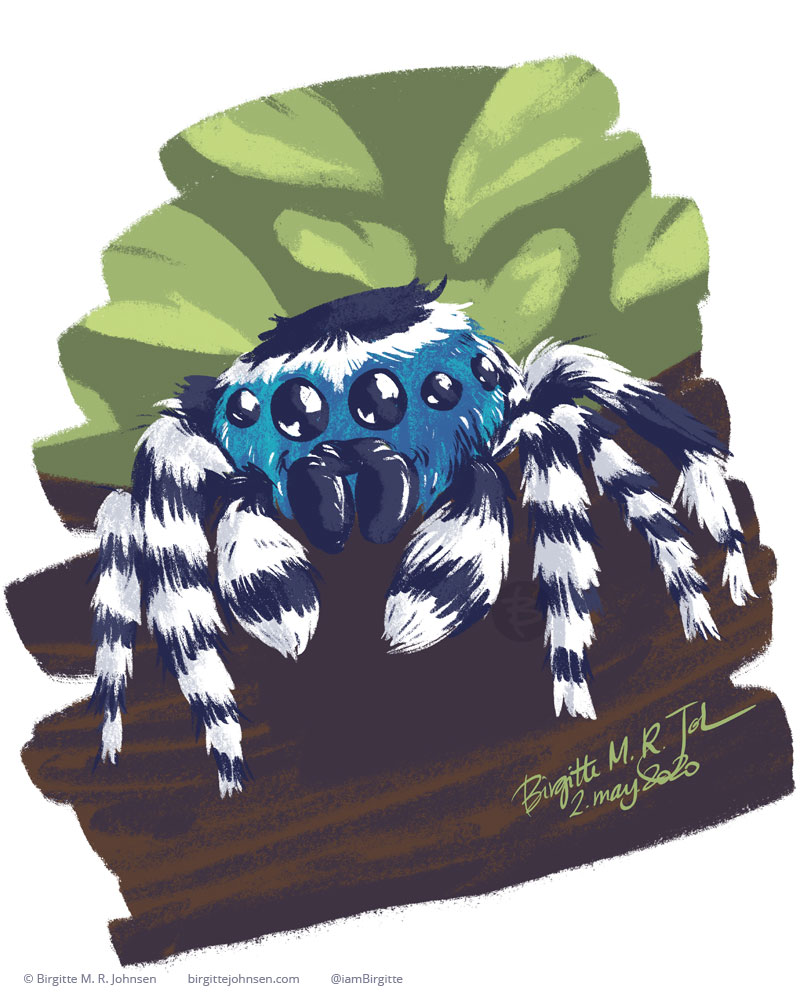 It’s well known that most people cannot stand spiders, personally I am not a big fan either, though I am mostly ok with seeing photos of them. So after getting my ‘spider’ as my prompt I decided to go on a search for a cute spider to draw, because there are already enough terrifying spiders out there. That is when I discovered peacock spiders, which are tiny spiders, usually their full body length is 4-5mm(!), but they’re often quite colourful and appear a bit fluffy. When posting this on Instagram I got a lot of comments saying that people who weren’t fond of spiders found this one rather cute, which I call a win!

This image was drawn as part of an experiment where I asked my followers on Instagram and supporters on Patreon to suggest animals for me to draw. This animal was chosen entirely by chance, as I drew a random suggestion from a cup.