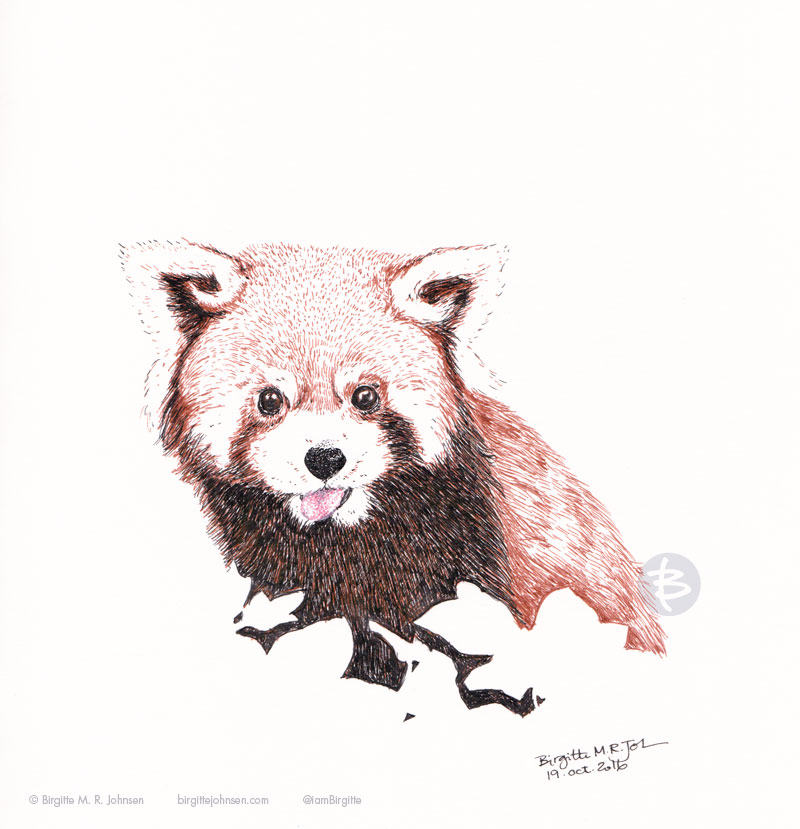 A red panda drawn exclusively with felt tip pens during Inktober 2016. I decided to simplify the image by not adding the foliage surrounding it, and allowing them to be entirely white. I quite like the effect it’s given.

Oh, and I just love the swirly fluffy ears! It almost makes it look like a made up animal (read: pokemon).