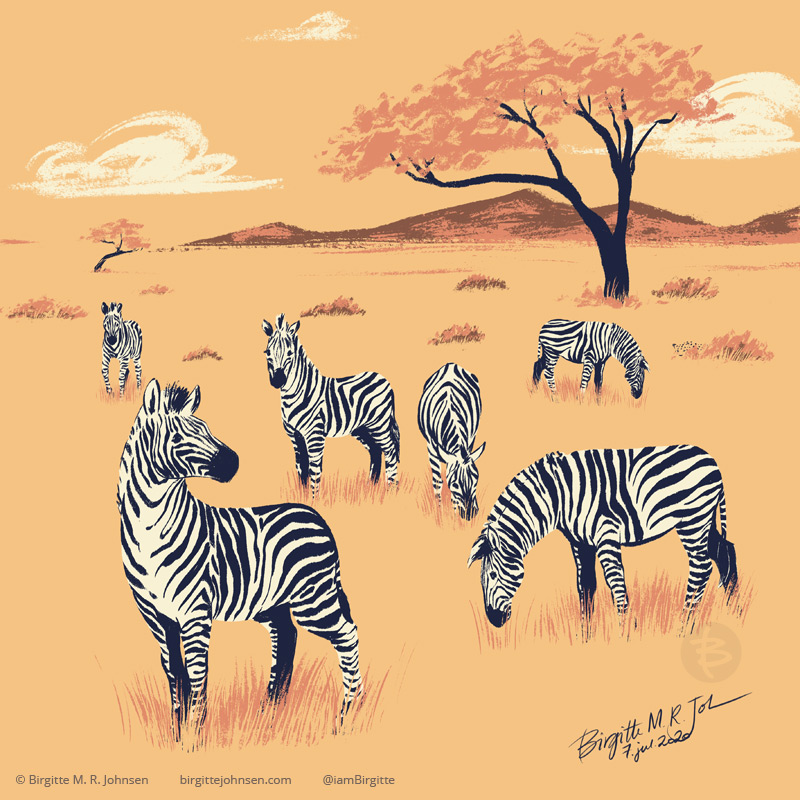 The zebra is possibly one of the most iconic animals on the savanna, not ony because of the high contrasts found in their black and white stripes, but also because that make them stand out so well against the background.

Speaking of background, can you see the animal hidden in the painting? 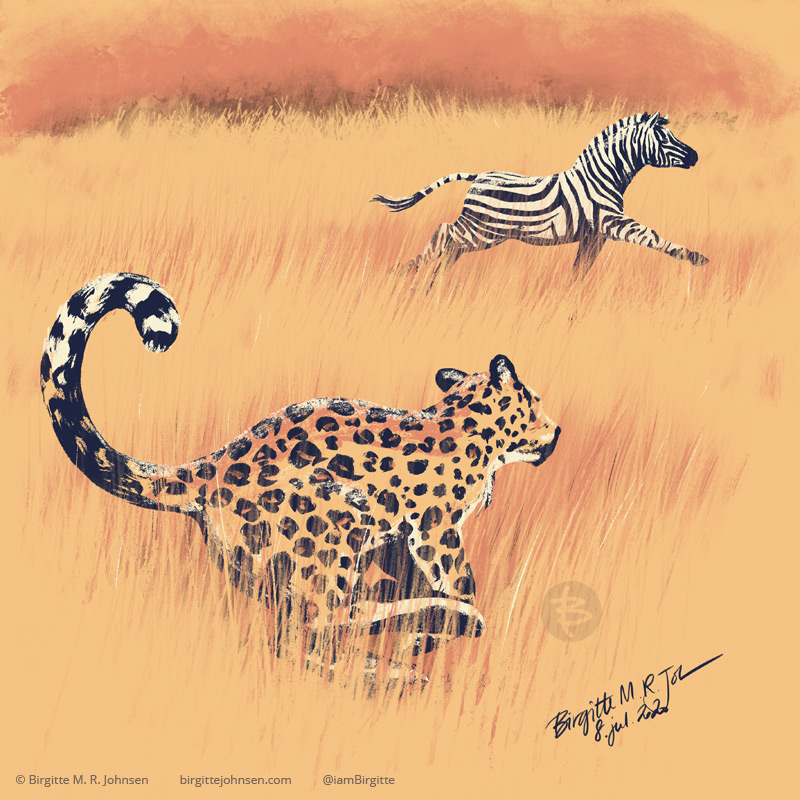 Ok, so leopards might not often attempt to take down grown zebras, they will go after sick and injured zebras, and I suppose they would also go after the foals as well. The question is though, will the hunter catch the pray or not?

Did you spot the leopard in the previous image? If you didn’t, have a closer look! 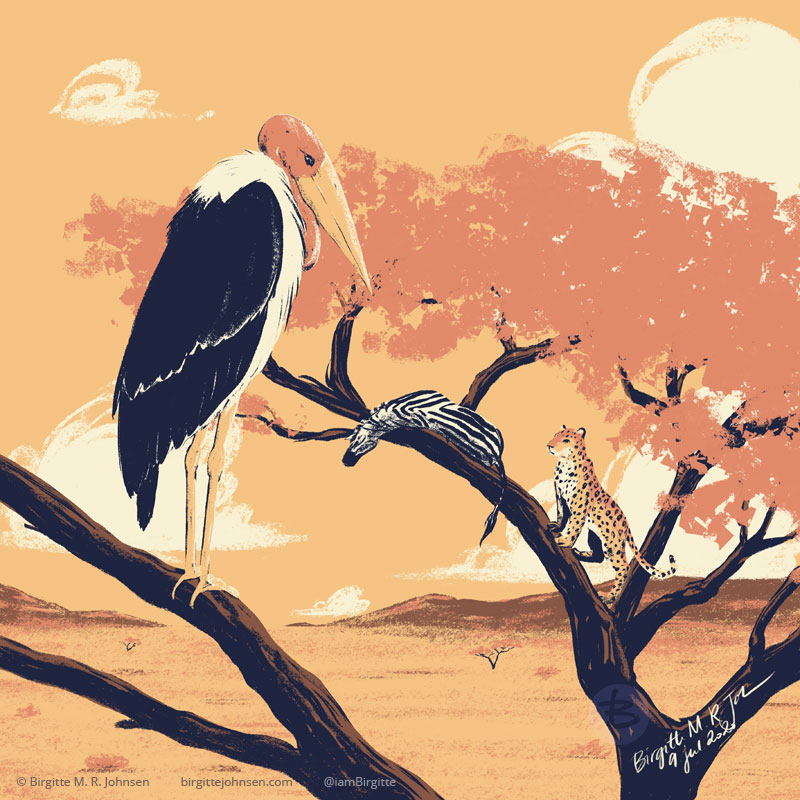 Seems we have our answer. Another thing which make the leopard an interesting hunter is that it tends to drag their prey into a tree and often eat it there. And of course a scavenger in the form of a Marabou Stork is looking on in hopes to get its dinner after the leopard has had its fill.