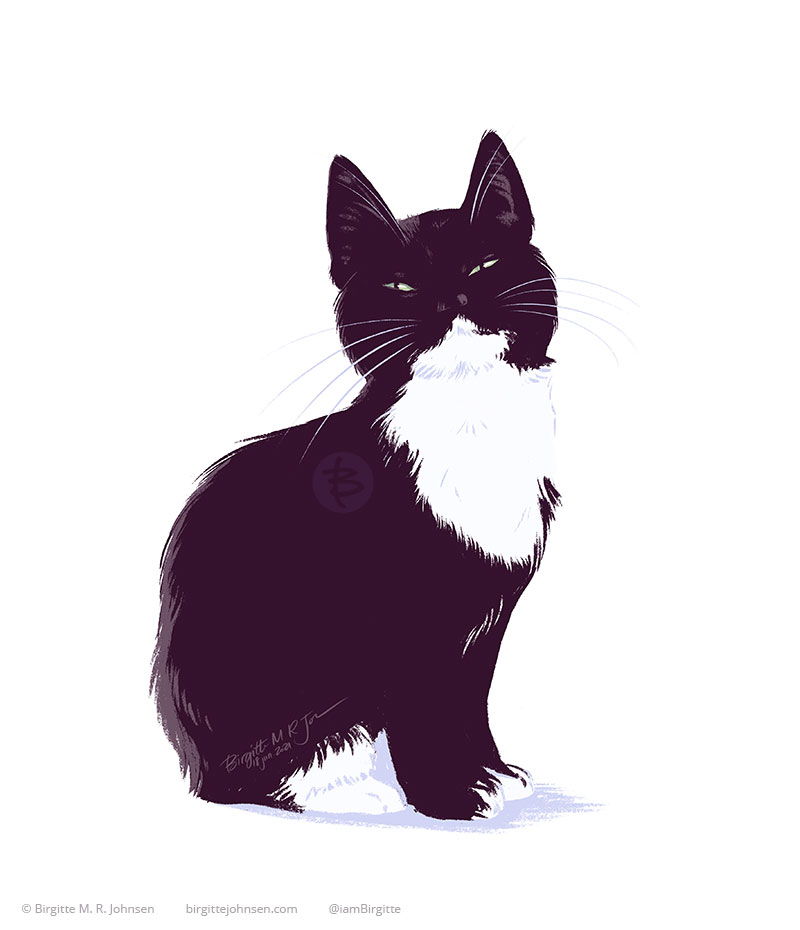 Stinky might seem a bit of a strange name for a cat, but considering this cat lived on the streets for a while, it might be less surprising. His current owner came to his rescue, and a few other cats as well. The cats were taken to the vet, and some were adopted by others. However, Stinky didn’t want to move away from where he came from, and instead adopted his owner, which, yes, we all know is how it sometimes works: You do not adopt a cat, the cat adopts you.

It’s always interesting ot paint black cats and tuxedo cats, which is what you call a black and white cat, especially when their white markings are on their neck and chest area. There’s often a limited amount of markings to paint, but with the majority of their fur being dark they can sometimes look a bit like black holes. This is why I’m bringing in a lighter grey to give a sense of volume and a bit of fur texture. Of course, one of the best features to capture for these kind of portraits is always the eyes, and I think Stinky’s half closed eyes show off his personality rather well.

If you are interested in an pet portrait in this style, please feel free to drop me a line!