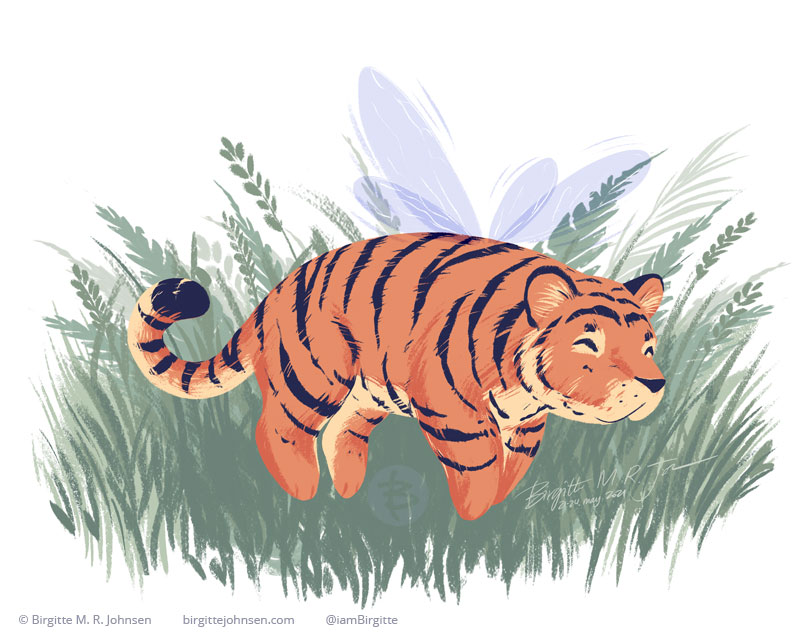 Over the past few years my style has changed ever so slightly, so around three years after I made the original tiger bee I decided it was time to revisit it and see how my style has changed, and even if I could improve upon the image. I quite like how chonky the original version was, but felt it could still be a little bit more rotund. I also gave more depth and impression of the fur, and picked slightly more muted colours. This is actually just one of the versions of this image. There is another version with a background, which I’ve made available as print, while this version with the minimal and white background has been made available for t-shirts and stickers.

This image also prompted the idea for other animal mash-ups, which resulted in both the leopard moth and the flying fox. 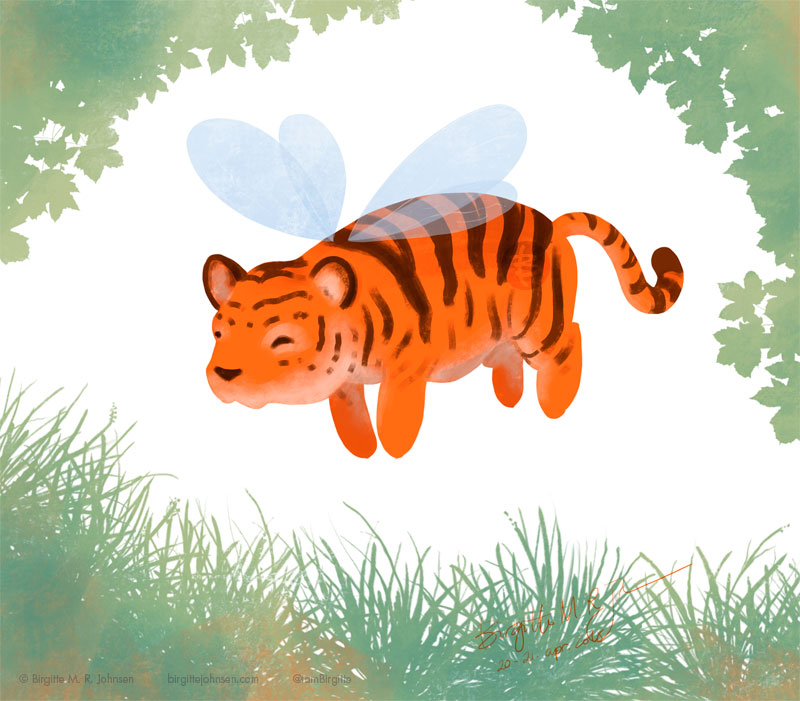 I was having a conversation with a fellow artist regarding bumble bees, and how we’ve both tried to save when we’ve seen them exhausted on the street, with mixed results. I was also trying to think of something to draw for a drawing prompt challenge, which was “Strange tiger”. Somehow, the idea of a tiger bee, or a bumble tiger sprung to mind.

This older version is also available as a print, if you should prefer this version to the new one.