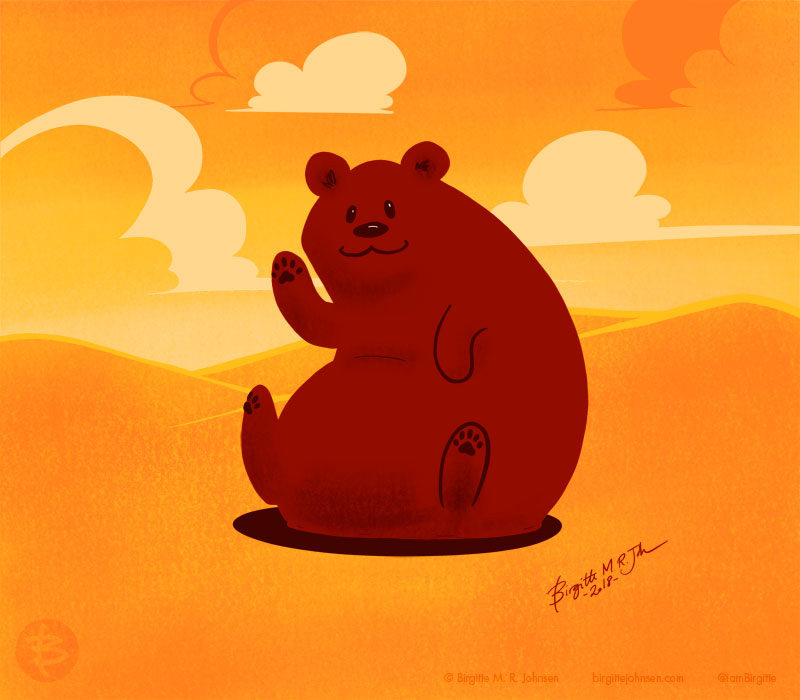 While bears tend to get everyone a bit nervous and terrified, considering these big giants tend to not welcoming, this guy should hopefully be the complete opposite. This bear is actually trying to be the change he’d like to see, thus, he’s smiling and waving, as it’s the friendly thing to do. Though, I think he’s secretly hoping to get some food or treats.