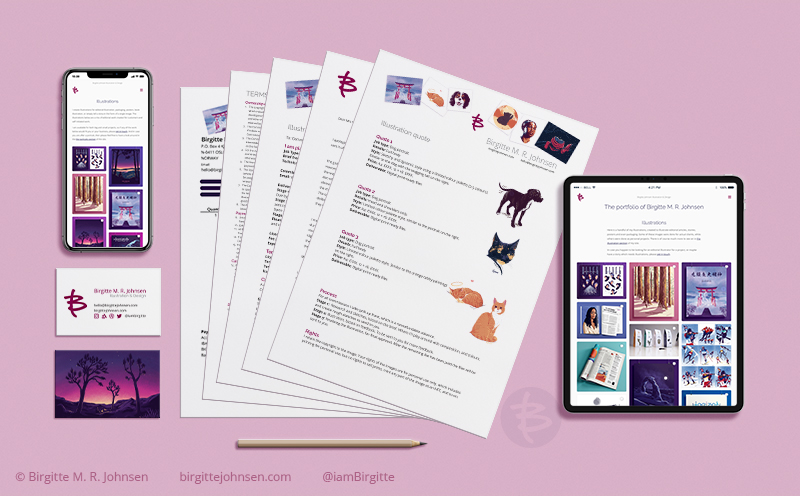 Of course I also have had a rather big hand in the design of my own corporate identity. Just a site wasn’t enough, as I need to be able to communicate through written documents, such as business cards, letters, invoices and contracts.

I’ve wanted the written communication and the site to be tied together, with the same type faces, but also with a light and airy design. The invoice, which is only part visible here also pulls in an illustration, as a reminder of what I do, which hopefully can put the smile on a few customers’ faces.

As for the site I wanted to put the imagery in focus, as this acts very much like my portfolio. I chose to build landing pages which are un-cropped thumbnails of the image of the linked page, which of course holds a lot more information about the image itself. Of course, a site is much more a living document, with additional images and and sections, but also with minor tweaks and fixes here and there.