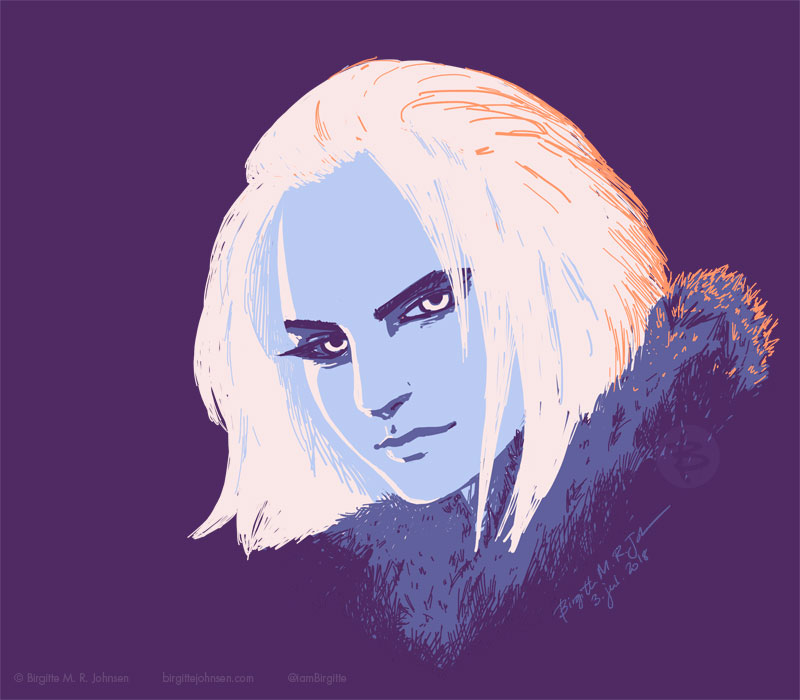 Since the first encounter with the Awoken queen in Destiny 1, I’ve always quite liked her: she seems like a fair and just ruler, with a bit more constraint than her brother. After the intro to Destiny: The Taken King, she was presumed dead, though the grimoire cards hinted to the fact that she might be alive. Prior to drawing this image the trailer for Destiny 2: Forsaken was released, showing her brother Uldren Sov, alive and well, despite also being presumed dead after the Taken King intro. With this in mind I had to paint the queen, and hope that she’ll make it back into the game, however, I really hope as a friend rather than a foe - which is a long shot, considering her brother appears to be one of the biggest villains of the next installment.