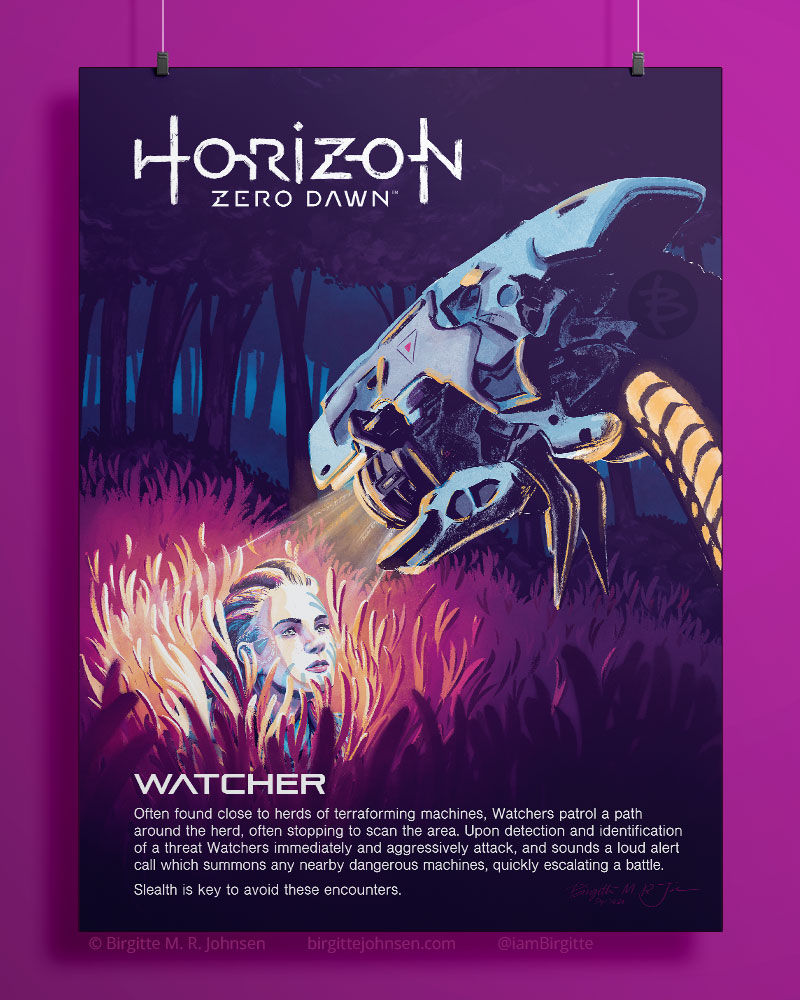 It comes as no surprise that I’m a big fan of the Horizon series of games, as I’ve made several images and even posters dedicated to the game.

The original image for this poster was made for Project Gaia, a fan book project that was backed Kickstarter. I always felt the image could be something more, so I played around with different ideas for posters.

Some experimentation with layouts let me first to the poster below. But I wanted to move a bit further, as I thought this was a great image to use as an info poster about Watchers, one of the machines found in the game. It’s actually the first machine you meet in Horizon Zero Dawn. Watchers act as lookouts for the terraforming machines, often moving in predictable patterns, often stopping to scan an area. If they do detect and identify a threat they will not hesitate to attack, but also call for backup, be it of other watchers or other dangerous machines. While I always find it best to use stealth around them, I quite like them, and I wish it was possible to make them into mounths like you can with many of the other machines in the game. 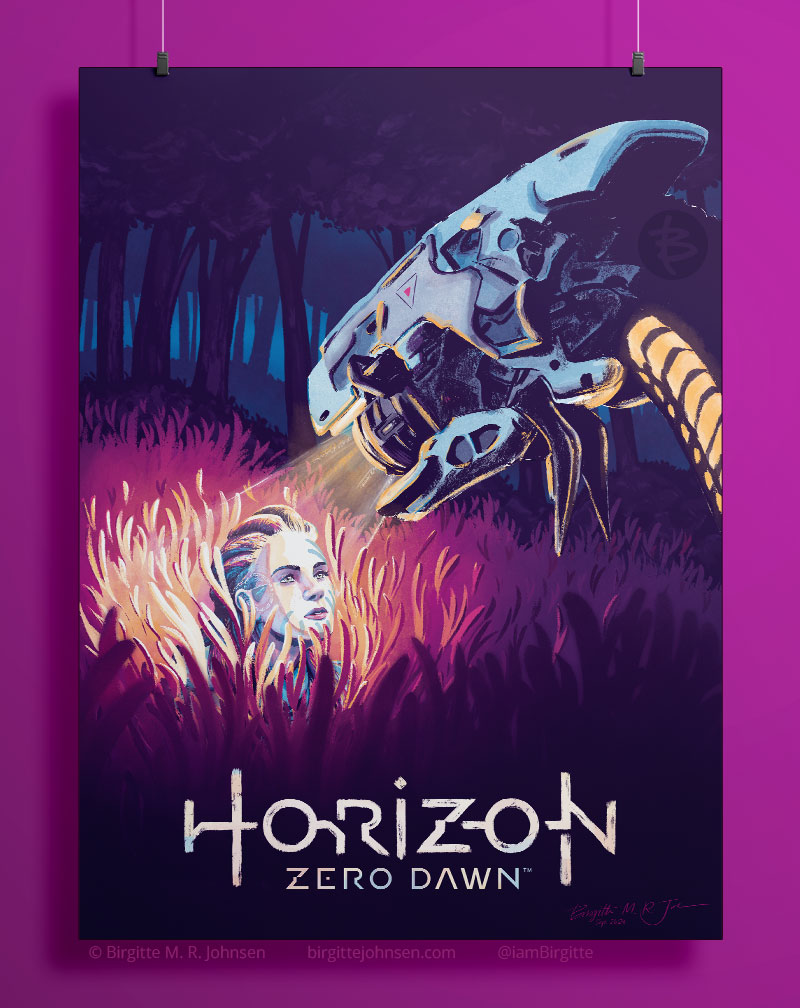 Of course I also made a standard poster from this image as well. For those with keen eyes its clear that the image is cropped slightly differently, as I needed to make more room for the logo. Both of the posters are staying quite true to the original image, but they’re slightly bigger, allowing me to add a litte bit more space at the top and bottom of the image.