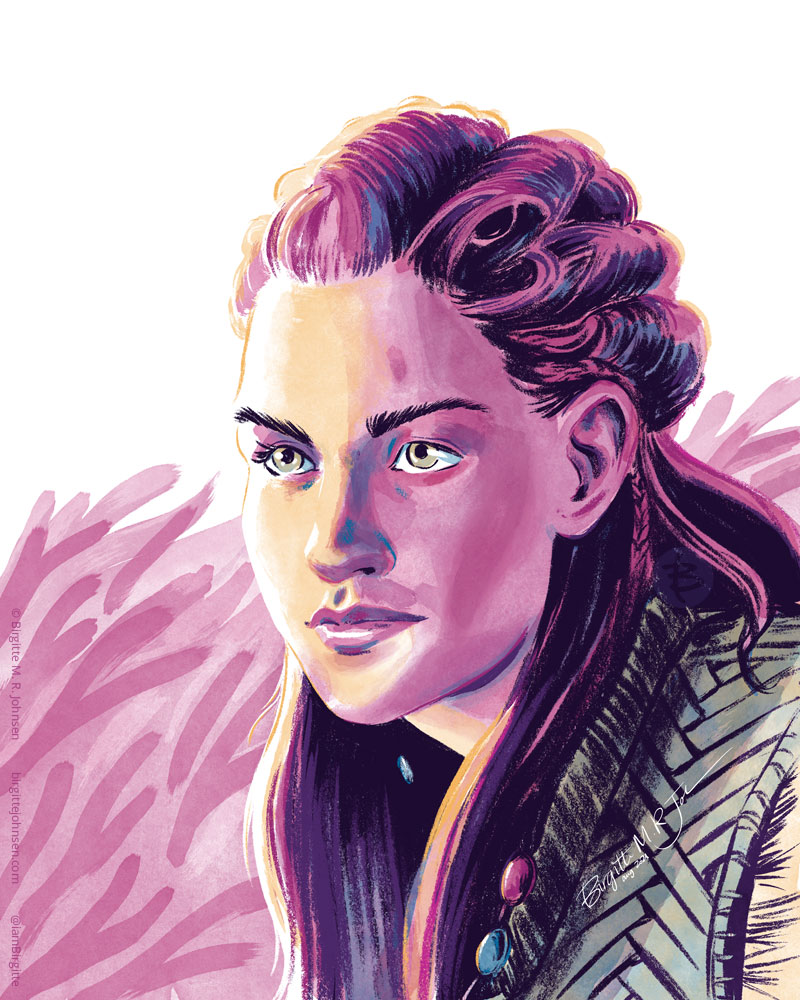 Another experiment with a digital watercolour in a portrait, as I was quite pleased with the initial portrait. This time I wanted to work with a different reference image, and my choice landed on a still from the Horizon Forbidden West game play trailer.

For this image I was a bit lighter on the shadows and letting the colours shine a bit more. Believe it or not this image uses the same seven colours as the other image. The colour palette didn’t include any greens, which have been formed by layering yellow and blue in transparent brush strokes, which I kept on different layers to keep the colours from blending too much.

Horizon Forbidden West is a sequel to Horizon Zero Dawn, due to be released in 2022. In May 2021 Guerrilla games showed a game play trailer of the new game, which has been made available on PlayStations’ YouTube account.