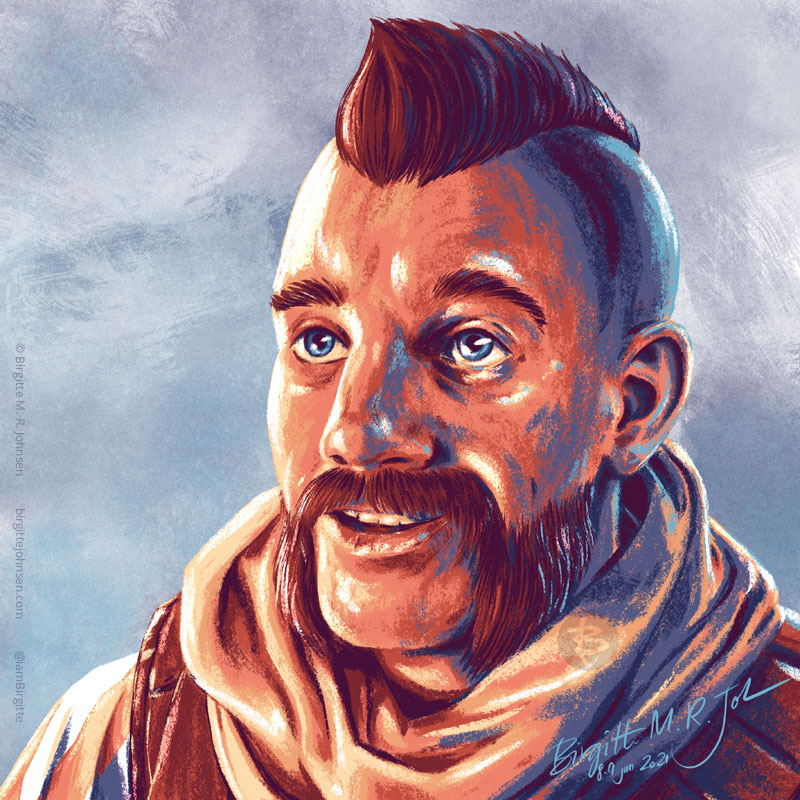 I have been super excited for the sequel ot Horizon Zero Dawn which is in the works, and in may 2021 Guerrilla games released a game play trailer for the new game; Horizon Forbidden West. While the trailer introduced new machines, enemies, tools and abilities, it also reintroduced us ot not just the game’s protagonist Aloy, but also Erend, an NPC from the previous game.

It was a complete given that I would paint Aloy again, in the limited colour palette portrait style I have developed over the past year or so. But I also really wanted to paint another character from the game, and of course Erend was on top of my list, as he was in the trailer.

The image is based on a still from the game play trailer, which is available on PlayStations’ YouTube account.