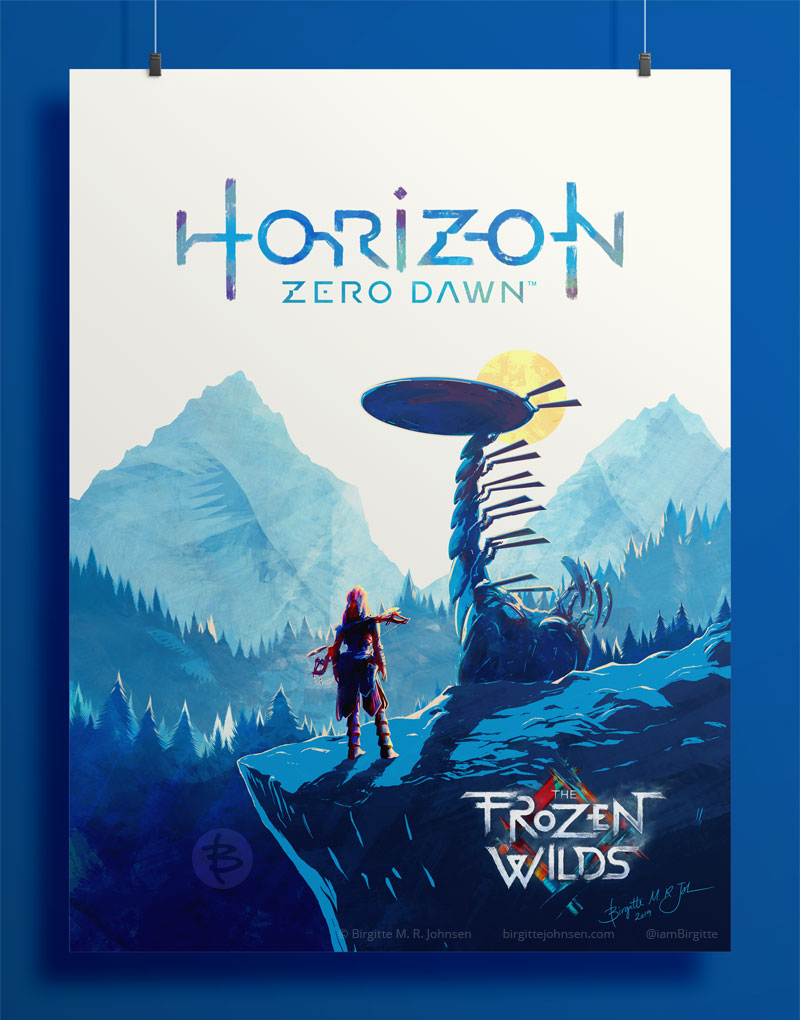 I decided to revisit my Horizon Zero Dawn poster, refreshing it with some new colours. Which ended up being this wonderful winter scene, which later morphed into this poster for Horizon Zero Dawn’s DLC: The Frozen Wilds. I’m not certain why I didn’t think about it when I first created the poster, but better late than never.

I still love both the original poster and this one, they both hold something which I think is true to the game. In this image I tried to mirror some of the colours found in the DLC logo, which adds a slightly different feel to the image compared to the pure ice variant below.

This is the first ice image I did, where I was playing around with textures and brushes, just to see what happened. Obviously I like the outcome, though this has a slightly different feel to the previous image, as it’s mostly feels cold, without any warm tones.