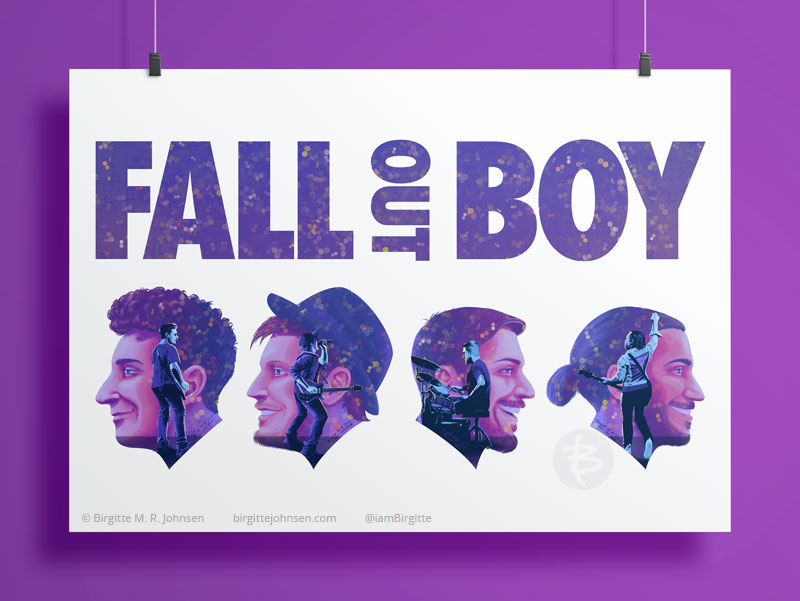 While the portraits can stand alone, they were painted to be viewed together, as the stage continues through all four portraits, making a poster a good way to show them off. The portraits are facing outward in order ot invite the viewer into the image. The performing band members on the other hand are facing inward, showing that the band’s performance is all about the crowd and the fans. The fans are also present in the image in the form of the bokeh in the background, as they sometimes hold up their lighters or phones. The ordering of the images isn’t at random either. When the band play on stage: Joe on the left hand side, Patrick and Andy in the middle, and Pete on the right hand side. 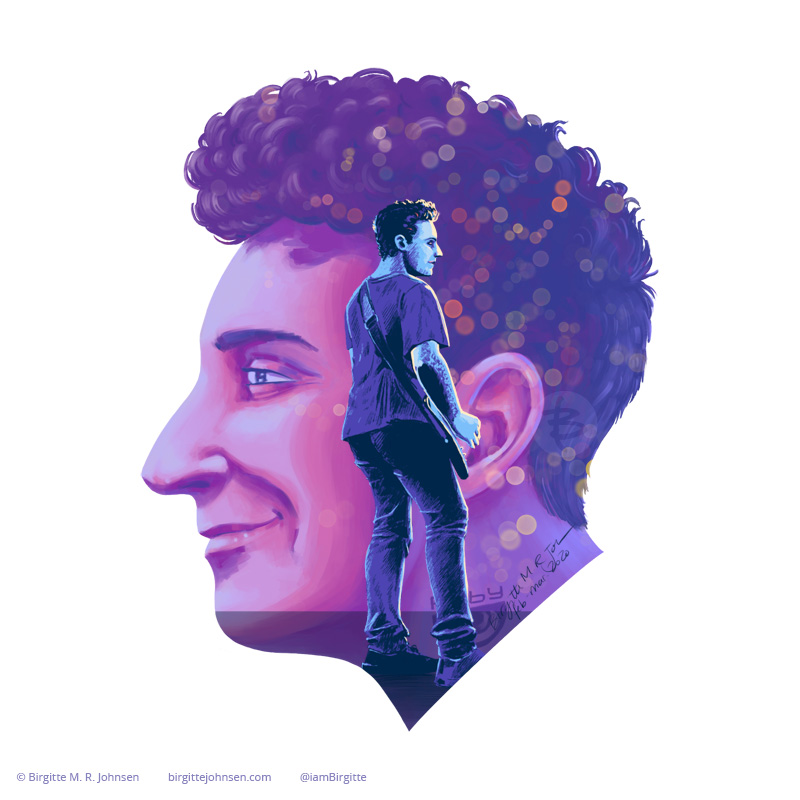 A more detail looked at the double exposure image of Joe Trohman. I had to make sure I added Joe’s neck tattoo in the portrait, though it is partially obscured by the performance part of the image. 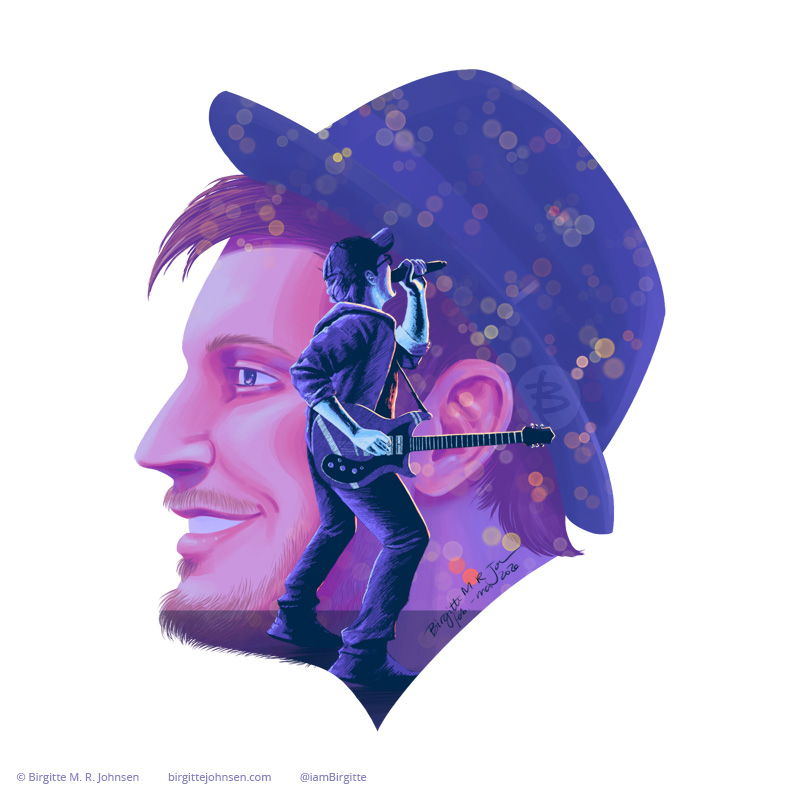 A detailed view at the double exposure image of Patrick Stump. The performance image had to show Patrick singing, but I also wanted to make sure it captured him with his guitar, as he does play multiple instruments during the live shows and on the albums. I feel this image is a good representation of some of the energy of a live show. 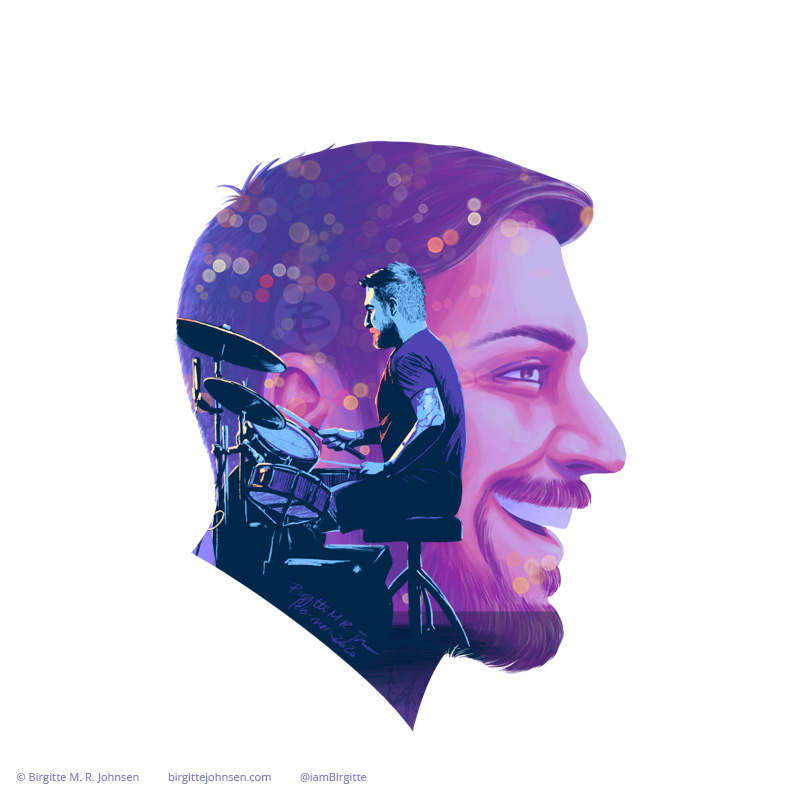 A more detailed view of Andy Hurley. I did draw his neck tattoo, but sadly it is entirely obscured by the live version of him. I’ve also tried to stay true to his drum gear, which there is a lot of, which required me to use multiple references. 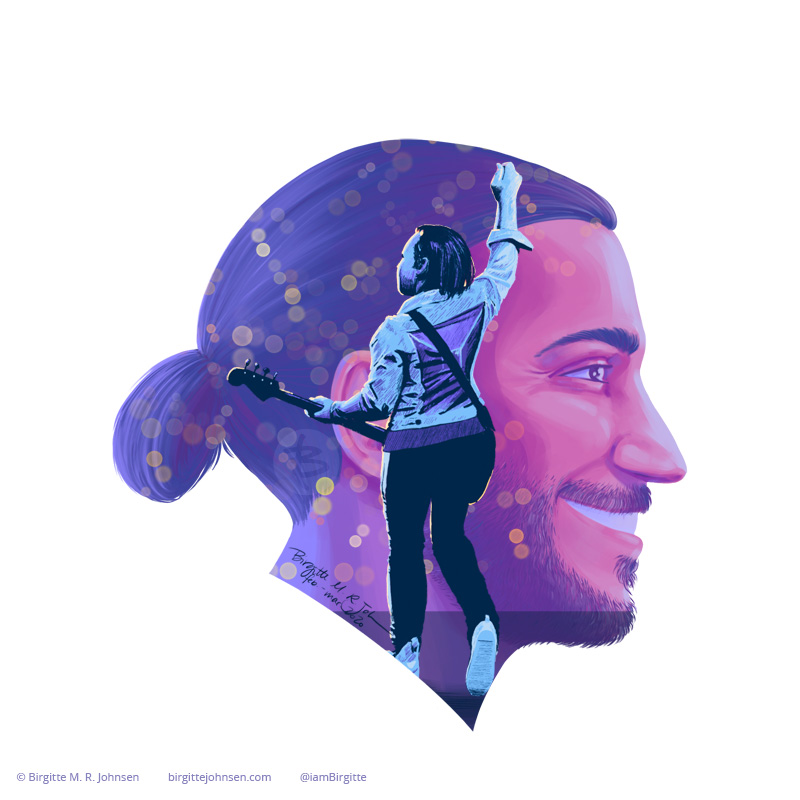 Finally the detailed view of Pete Wentz. While a lot of the other live performance versions can make it hard to date the reference images, the one used for Pete definitively gives it away, as the jacket he is wearing features the cover of Mania, their 2018 album.