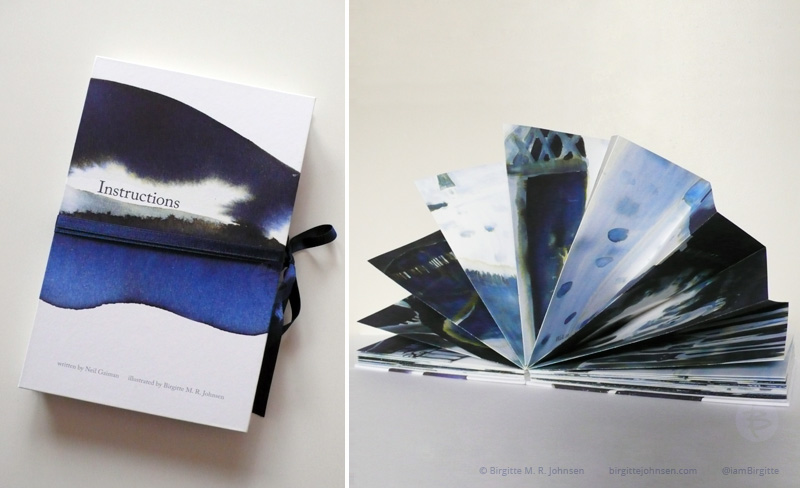 I had the book printed on a banner printer in order to limit the need for gluing the different spreads together. The book was then sent to a book binder who did an amazing job both folding all the spreads up and fixing the front and back plate to the story. 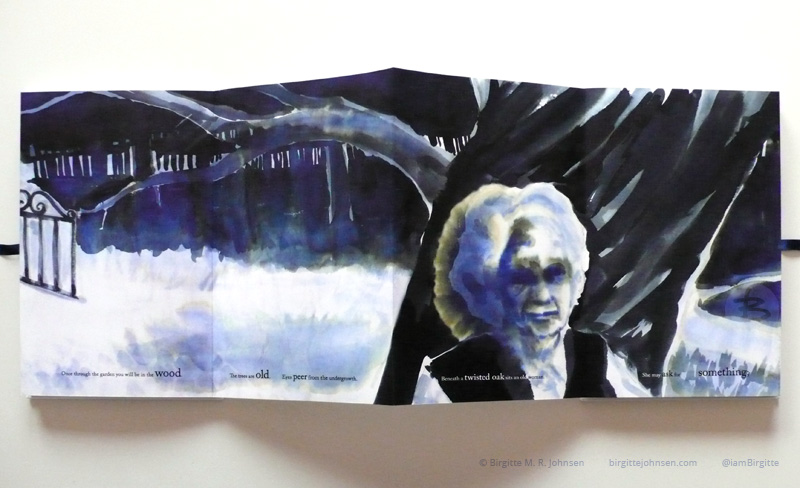 It’s not quite possible to see, but the finished imagery is created by two different drawings: one which is the holds most of the shape, but there’s a thinner image on top, which was painted on rice paper, which adds a lot of the diffuse and bled-out feel to the image. When putting these images together I added lots of little extra things, like hidden texts, which can only be read when looking closely at the book.

The old woman in the picture is actually based on a photo of my late great grandmother, which is why this spread holds a special place in my heart. 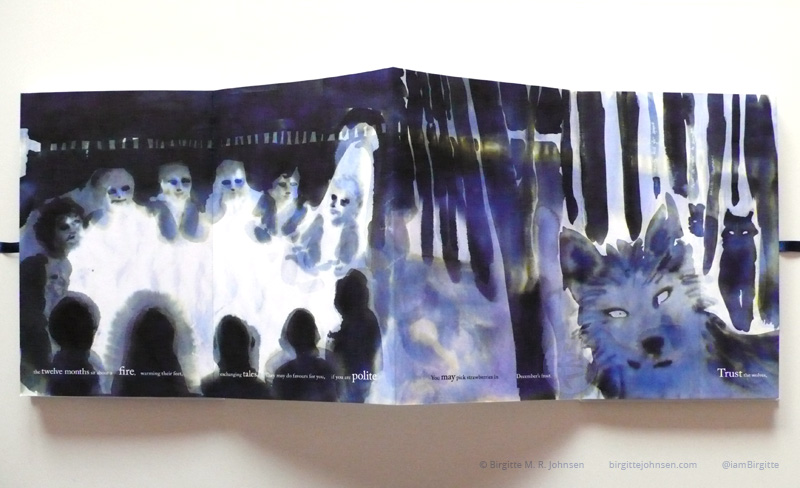 While “Instructions” doesn’t fully touch on the different months and what they looked like, another poem he’s written does, namely “October in the chair”. That story would lay the path for how I would illustrate the different months, though to be quite honest many of them are based on real people. December, who I put in the chair, is based on my late grandfather, while November who sits next to him is actually based on Neil Gaimain himself. 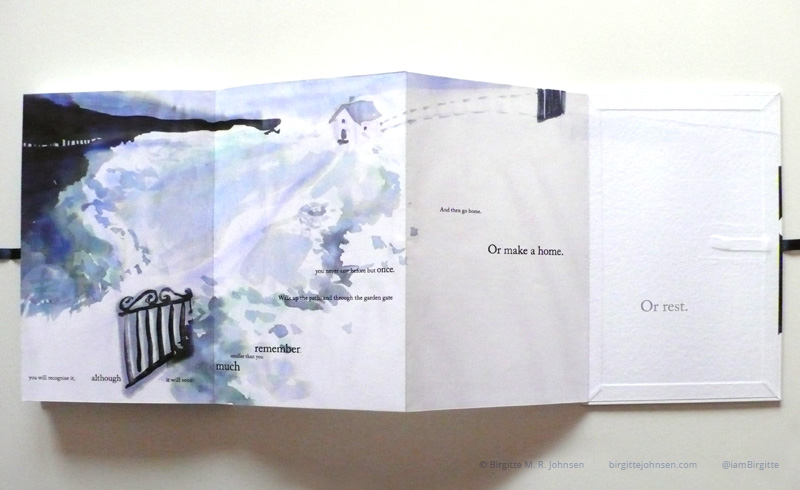 If you look closely at the spread with the old woman, and you will see a garden gate, that is the same gate pictured in almost at the back of the concertina.

What you don’t fully see in this image, is that the last page of the book, and the first page of the book line up. This means that the moment you finish the image you can go back to the start and start all over. That was one of the first things that made me want to work with this poem; the narrative could keep going and you’d keep reading.