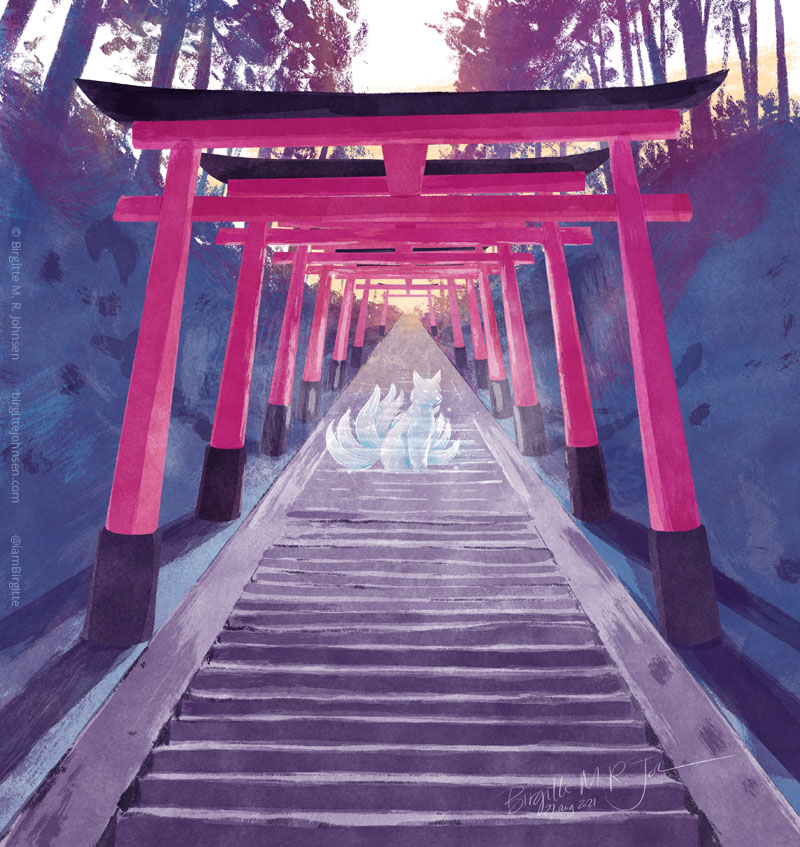 The word kitsune means fox, but in Japanese folklore it refers to fox spirits, who are intelligent and possess paranormal abilities. The more tails a kitsune has the older, wiser and more powerful they are, and that they can only have up to nine tails. Some folktales state that a kitsune gains an additional tail after every 100 years it ages. After aging one thousand years and gaining its ninth tail, it said the kitsune turns white or a golden colour.

It’s believed that the legends about the creatures came to be as humans and foxes lived close together in ancient Japan. But the kitsune is also associated with the Inaro, a Shinto kami, or spirit. There are several Inari Shinto shrines and temples in Japan. One of the most famous shrines, is Fushimi Inari-taisha in Kyoto, which is the head Inari shrine in Japan, which is also well known for it’s long rows of torii gates.

While I didn’t illustrate a specific shrine in this image, I did pull inspiration both from Fushimi Inari shrine, and other shrines with stairs lined with torii gates. I also love that it’s said to be a good omen to see a white fox.

This image is available as prints in my print shop. 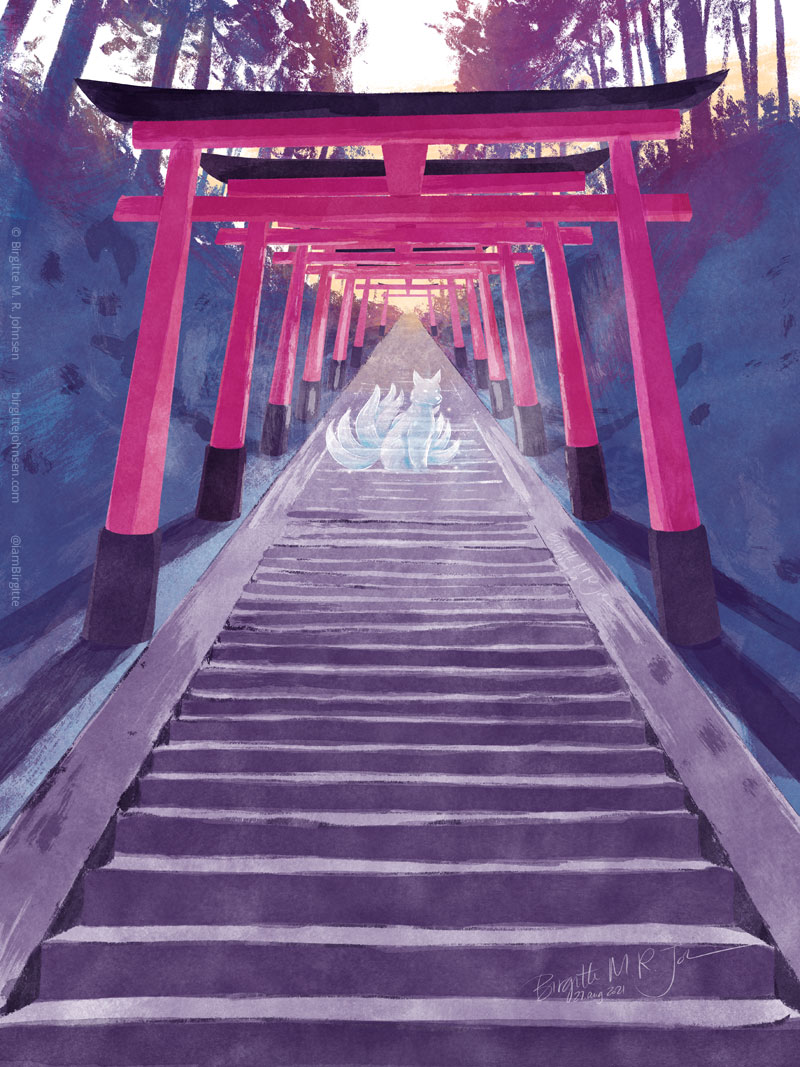 Originally the image was longer and howing off more of the stone staircase. I’ve had a really hard time deciding between the two, so I figured why not post both. Similarly this version is available as a print in my print shop.