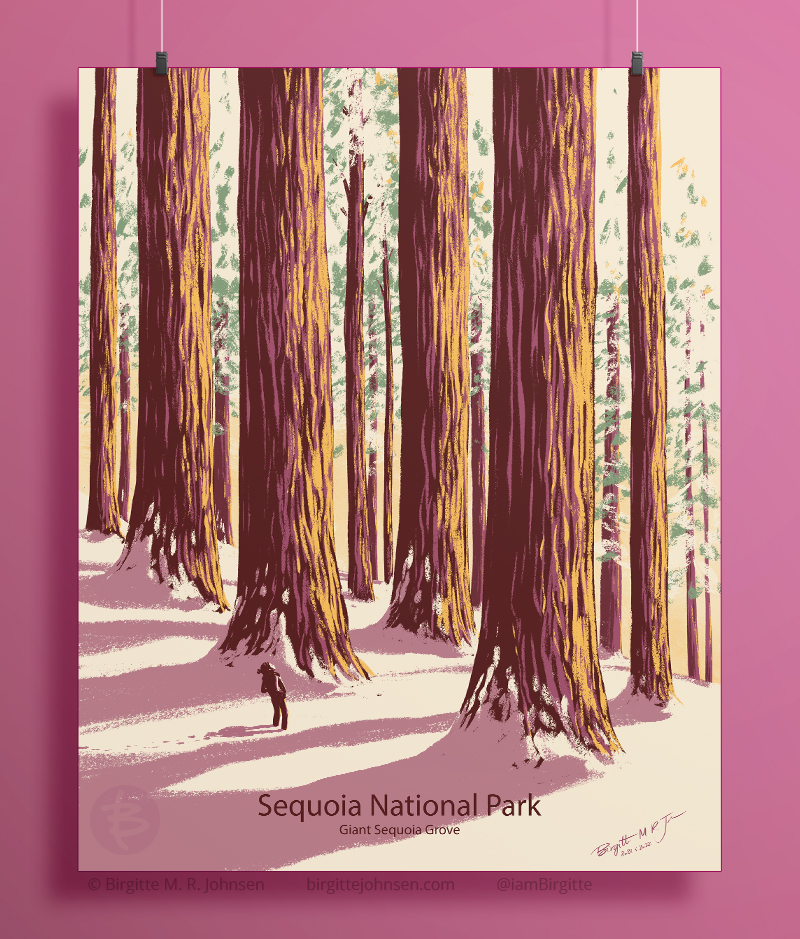 The original version of this image was painted back in July 2021, but I always felt it didn’t quite capture the size of and grandeur of the sequoia trees, a type of redwood trees. An easy fix would be to crop the image, but I felt that would also make it lose some of the impact, and make it trickier to see the smaller trees in the background. Therefore I opted for adding extra height to the image instead. Looking at the results, it was definitively the right choice. I also decided to add a person for scale in this version, which helps would help show the scale a bit better, especially as the character appears to be entirely in awe of the scale.

This image was entered into the 3x3 International Illustration Award Show no. 19 (2022), and was awarded a honorable mention!

There are prints available of this image, which can be found in my InPrnt shop. There you can also find other US National parks and landscapes. 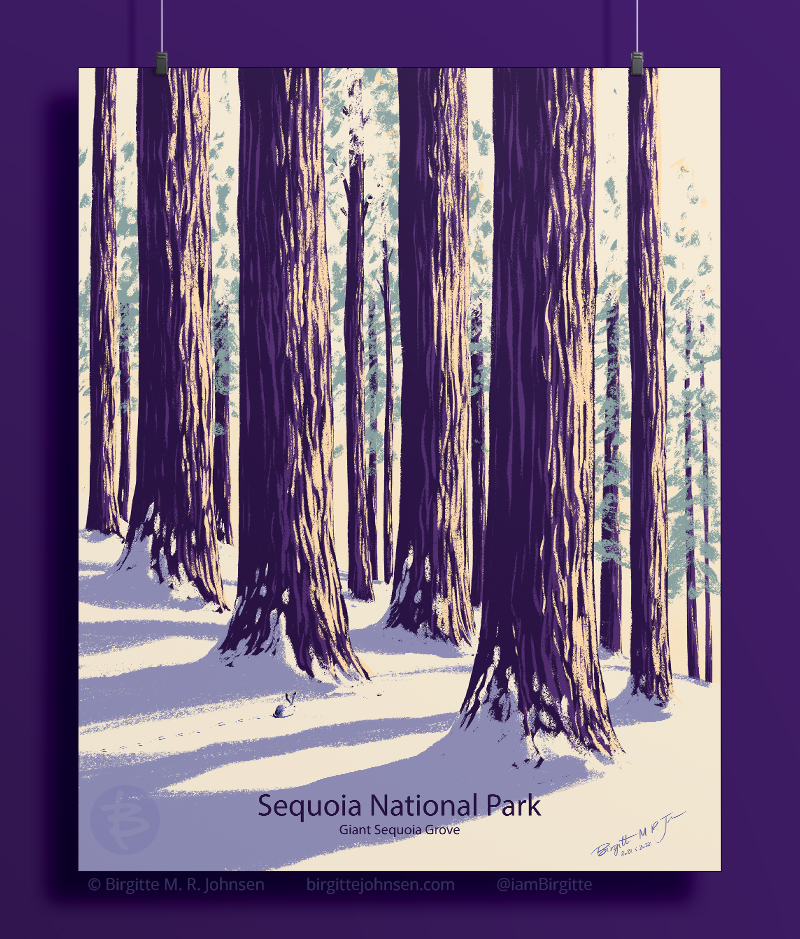 During the creation of the image for the poster I was also playing around with a a slightly different colour palette. This was partially brought on by the alternate version of the Delicate Arch poster, but I didn’t feel like a nighttime version would work as well here. Instead I opted for a cool toned version, which feels a lot more wintery. In some way original colours is the scenery at golden hour, and this one takes place only before or after, as golden hour happens both in the morning and evening. In this image I also chose to keep the rabbit, as I like how desolate this little grove seems because of it.

This image is also available as a print, alongside the warm version of this image.