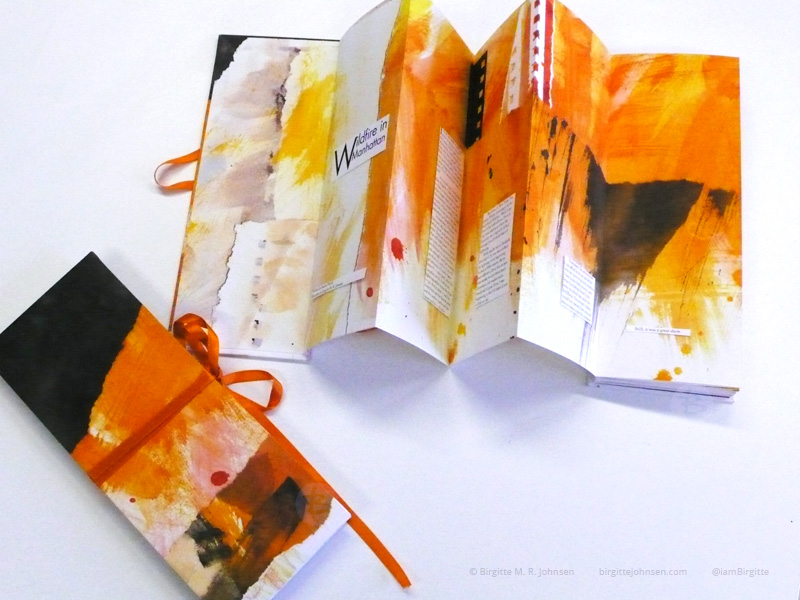 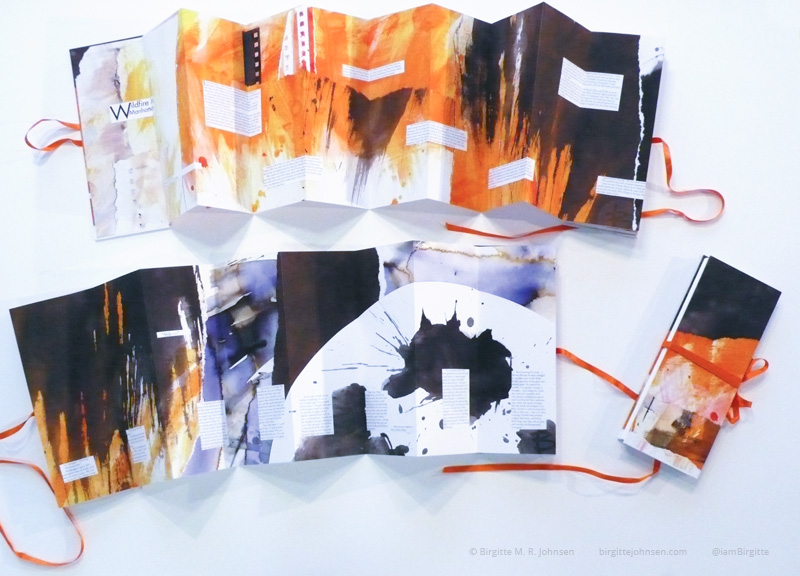 The text would remain the same, and the pacing wouldn’t change, as the spreads would relate to specific parts of the story. It was very interesting to see how how the text placement could change the way the reader would interact with and use the book. 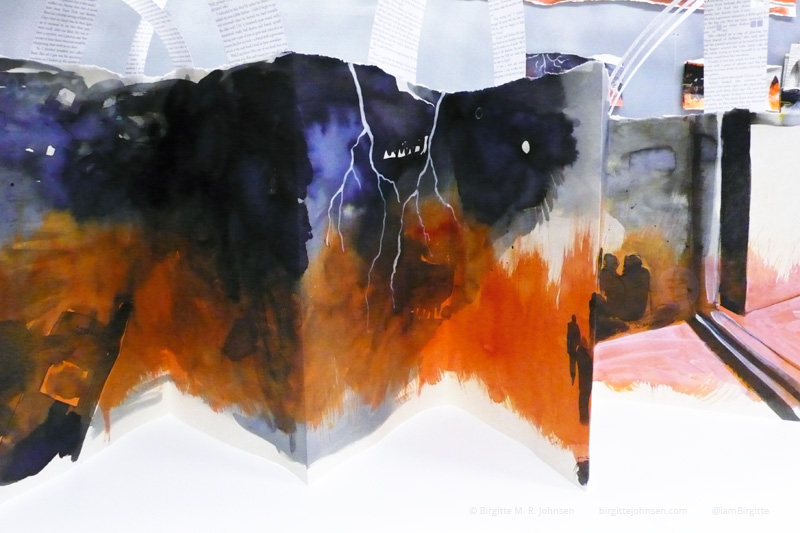 An early adaptation of the concertina book. I was experimenting with showing the skyline and environment as blocks of text. It didn’t work as well as it could, and it would also be quite taxing to read the story this way, but it was an interesting concept.

There were a ton of different ideas thrown about in the development stages, some can even be seen in the background of this image.

A spread from one of the first concertinas which felt more final, though it is still quite an unconventional book, one which could be tricky to read. A lot of mark making was utilised creating a whole lot of material which could be used to make the book. Different painting techniques would work for different parts: in this case the darker area of the image would be a bit of a flash back for the character, which would tear through his otherwise calm state. This dark area also appears to have figures in them, which fit the story very well. 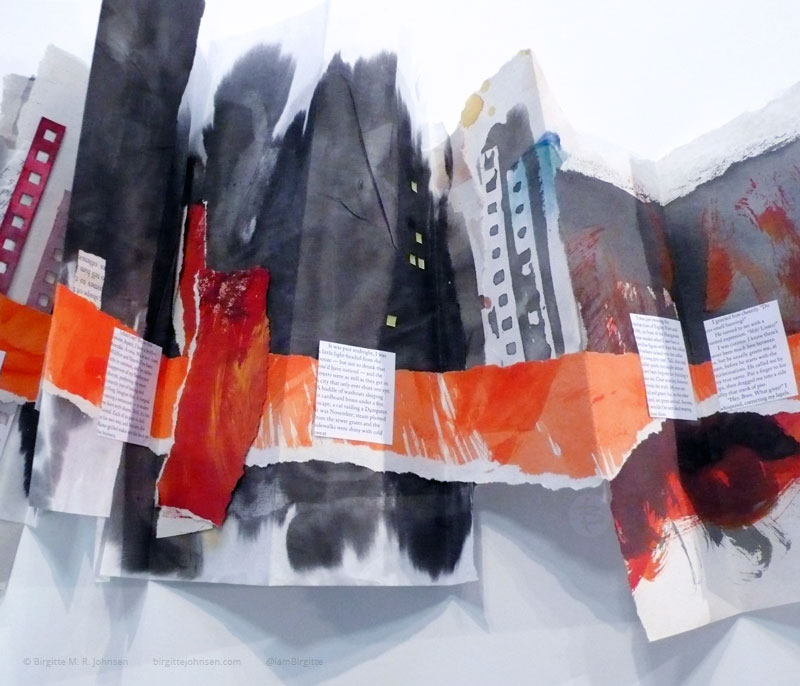 A total of eight collage concertinas were created as part of this project, all slightly different. This concertina in particular has an orange painted line running the entire length of the concertina, which signifies Lucky, the main character of the story. The painted pieces behind illustrates what is happening around him or what he is perceiving, while the text is above it all, as it Lucky is also narrator. 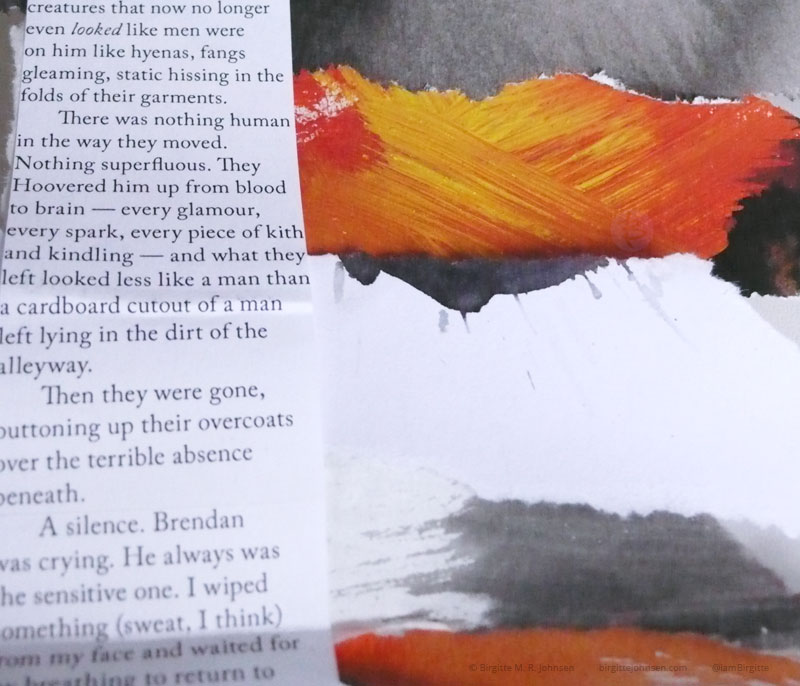 This concertina was very much inspired by the one with the orange line running through it, but this time it’s the the story which is literally the backbone of the book. The thought was that as a reader you would see the colourful pieces of paper in your peripheral vision, not something you’d necessarily look at in depth. 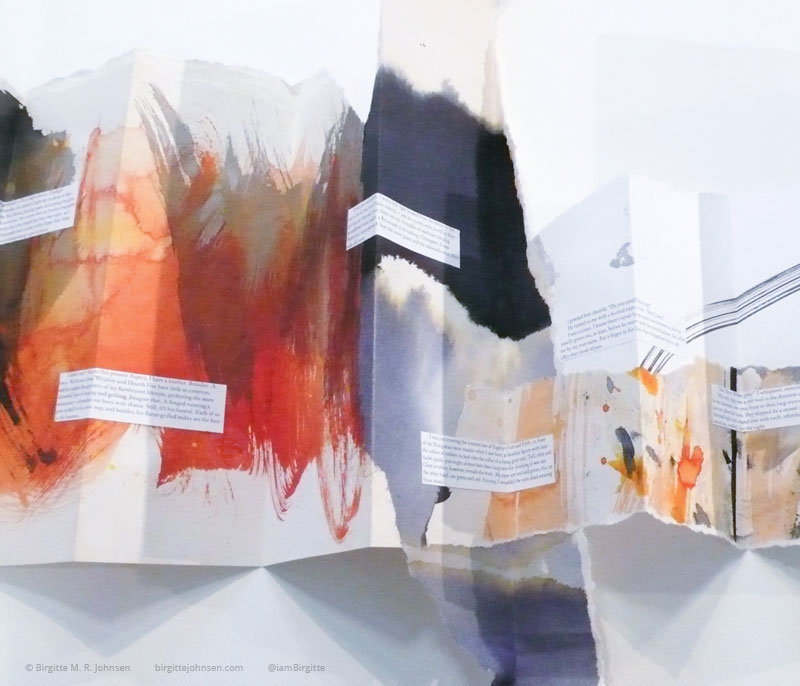 This image builds on from the previous concertina by having text which extends across the spreads and in certain cases forces the reader to keep more than one spread open at the time. The idea is also to ensure the reader is lead around the illustrations and spreads while reading, and in that way experience the illustrations in a slightly different way to traditional illustrations. These illustrations might seem a more scattered and possibly to some extend look more decorative than illustrative, however, the imagery has been chosen specifically for the different parts of the story.