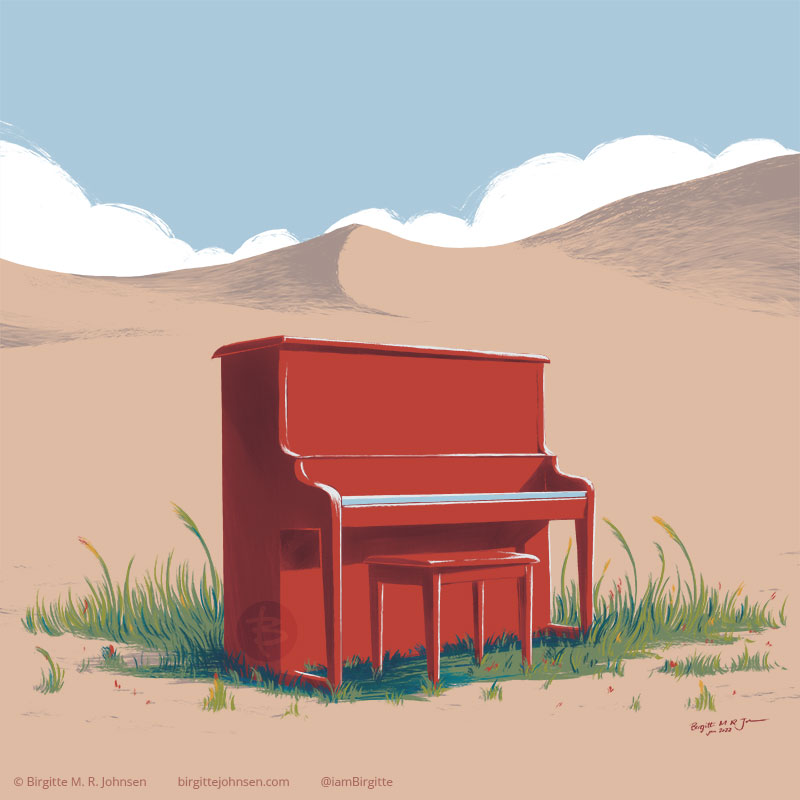 OK, so the image shown here isn’t a copy of what you’d see in the video itself, but a good representation of what the image would look like should I have made it as an illustration. For this part of the collaboration I provided both the idea, storyboards, and the graphics. When I was done my work was sent off to one of the VFX artists who animated it, and it turned out so well!

When we were accepted into the project, they took aside some of the illustrators, and asked if we’d be up for creating a two second animation for the intro of the video. At the beginning the words “Yet To Come” are spelled out, and each letter is themed around a different BTS album. The letter I got was T which was linked to BTS’ “Wings” and “You Never Walk Alone” albums. While I technically could have picked one of er the other, I chose to work with both albums. I wanted to reflect the album art, so from the “You Never Walk Alone” album I picked the bus shelter, and I chose the stripes in one of the four circles on the cover of “Wings”. Initially I wanted to loop through the four circles on the “Wings” cover, but the two seconds were far too short to do that.