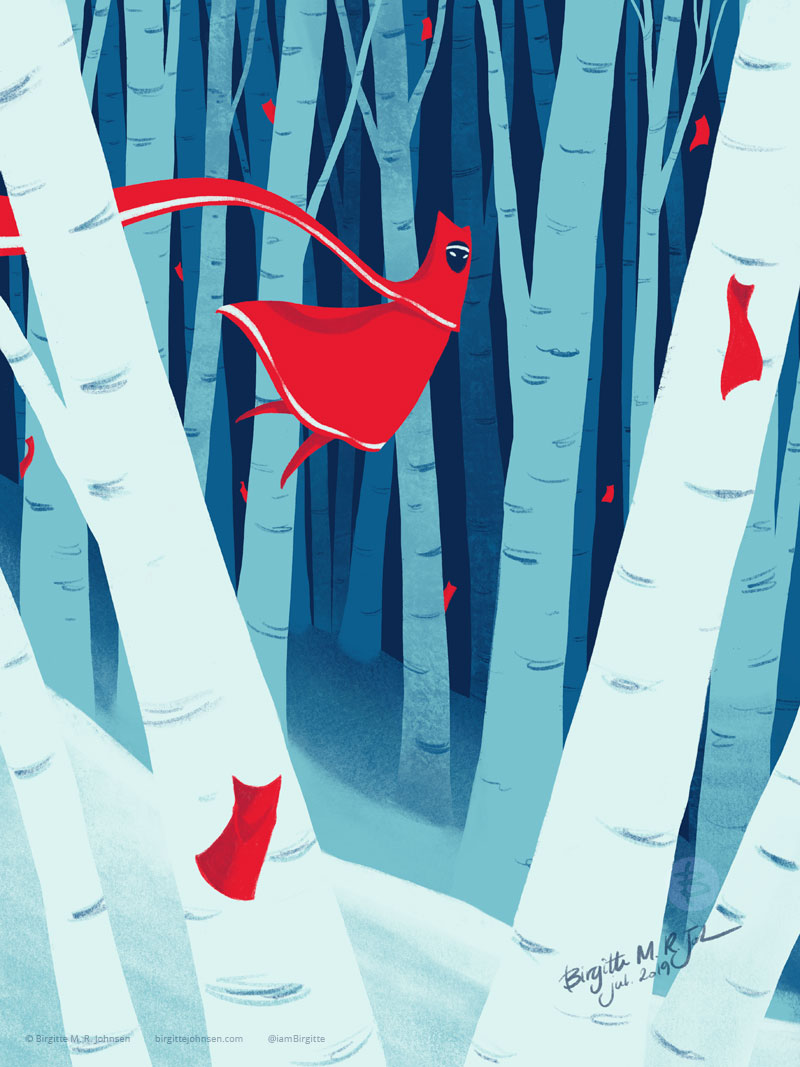 This image is far from true to the story of the original Journey game by Thatgamecompany. While the game has a scene set in the freezing mountains, there are very few trees. I would love for there to be a second Journey game, and it would be awesome to see plenty of different environments, maybe like this one, in it as well.