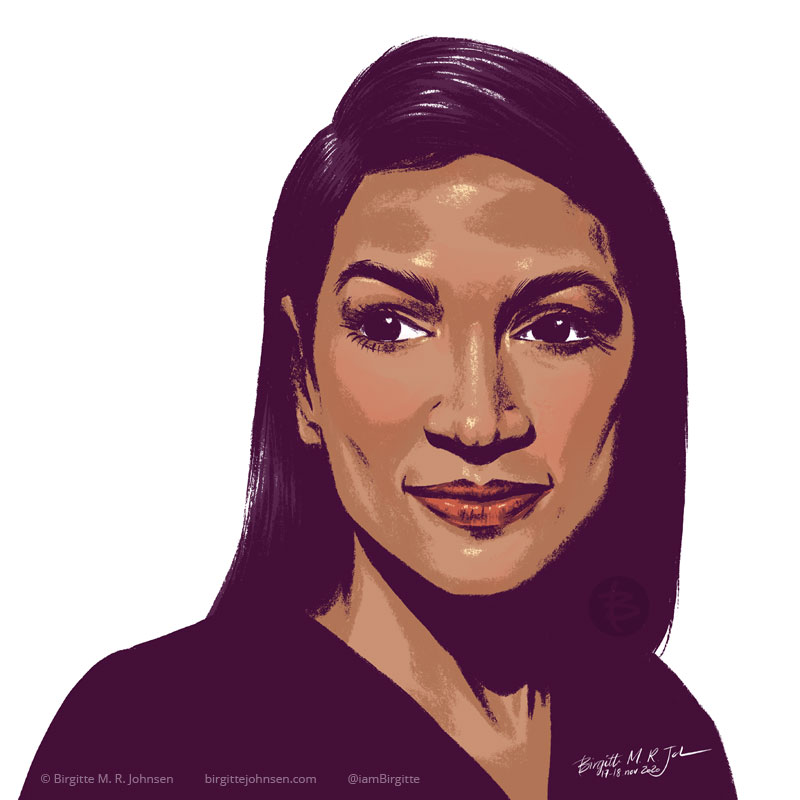 In 2019 Alexandria Ocasio-Cortez made history when she became the youngest woman to serve in the United States Congress. In her initial election campaign she used social media and reached a ton of people, which helped get her elected. Since her election she is still very active on social media. She has even streamed the popular social deduction game, Among us, on Twitch where she was joined by congresswoman Ilhan Omar, and a handful of established gamers and streamers. I’ve uploaded the process behind the portrait has been to my YouTube account, which is worth checking out as well.