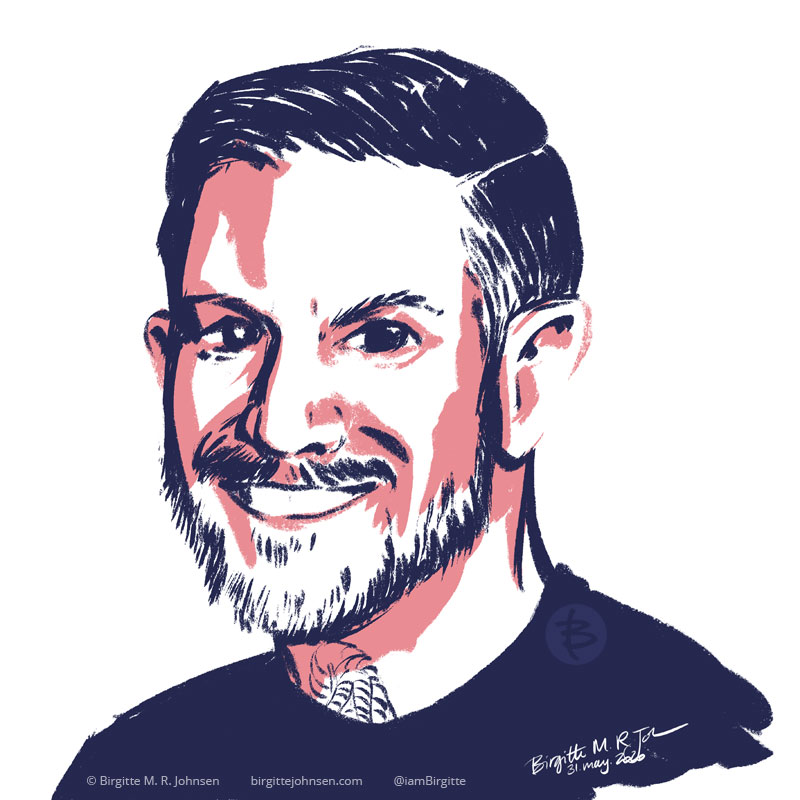 I decided to do another stylised portrait of a talented musician, namely drummer Andy Hurley. While he might be best known as the drummer of of Fall Out Boy, he also plays in a bunch of other bands such as The Damned Things, Racetraitor and SECT to name a few. This image was based on a few photos of Andy which were taking during a Fall Out Boy meet and greet in December 2019.

I have also drawn Andy’s band mates from Fall Out Boy Patrick Stump and Pete Wentz in this style as well. I have previously painted Andy in a naturalistic style, which was part of a series of paintings of all of Fall Out Boy’s band members.

I’m also available for commissions, be it portraits, like this, or other projects which could use an artist/illustrator, feel free to get in touch!