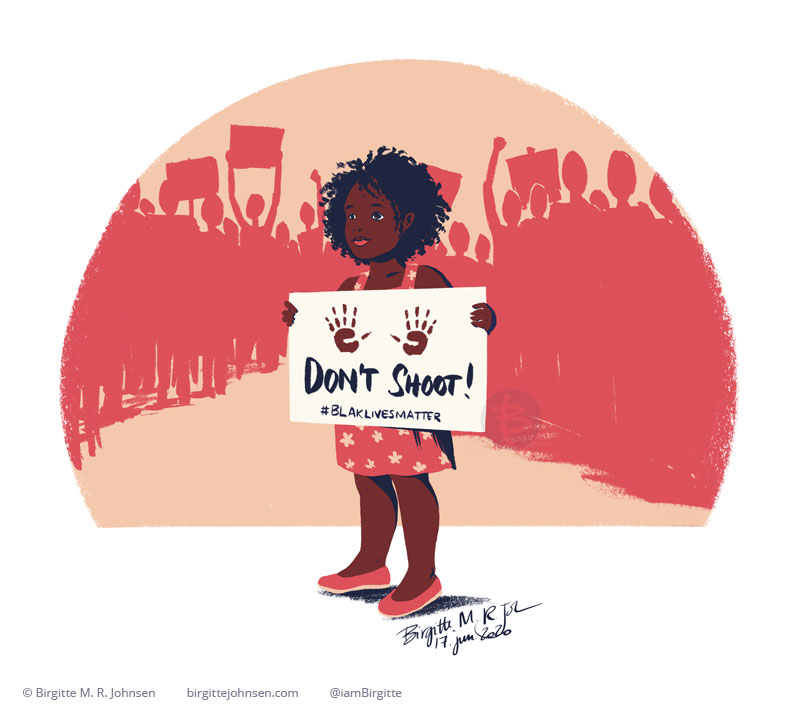 There are many photos showing the signs used by the protesters, including “Don’t shoot”. I don’t know about you all, but I find it horrible to think that many people are living in a constant fear of being shot or killed, and it’s even worse that they fear that they’ll get shot and killed by the police. 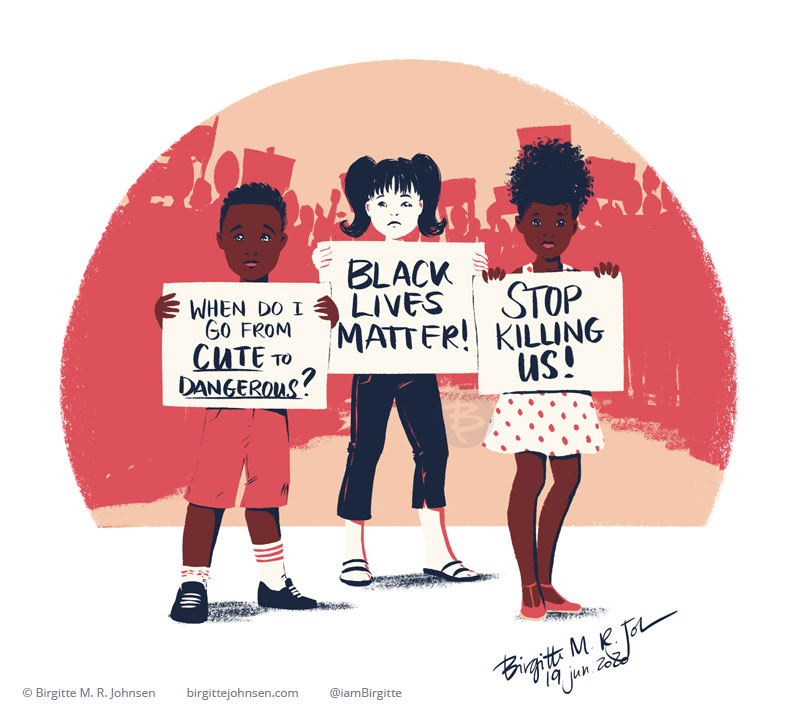 The signs I have used in this series of images are based on signs I have seen in the photos from the protests. I found it really powerful seeing little kids with these signs, something I wanted to capture in my illustrations. I also wanted to show that it isn’t just Black people who are protesting, though my focus is still on the Black community as they are the ones experiencing much of the police brutality and racism which has sparked the protests.

Many of the people filmed by media from the Black Lives Matter protests tend to be young adults and adults. However, there are also several families who participate, though obviously might not be able to walk as far due to tired toddlers and children. The fact that people young and old, and of all skin tones are taking part has to show that it is time for a change!

If you are interested in knowing how you can help, check out what places are taking donations, what petitions you can sign, but also please have a look at the different learning resources available. It is 2020, equality should have been something which we didn’t need to fight for now, and the onus isn’t on the black community or other minority groups, it is something we all need to stand up for. This isn’t a political issue, it’s a human rights issue.