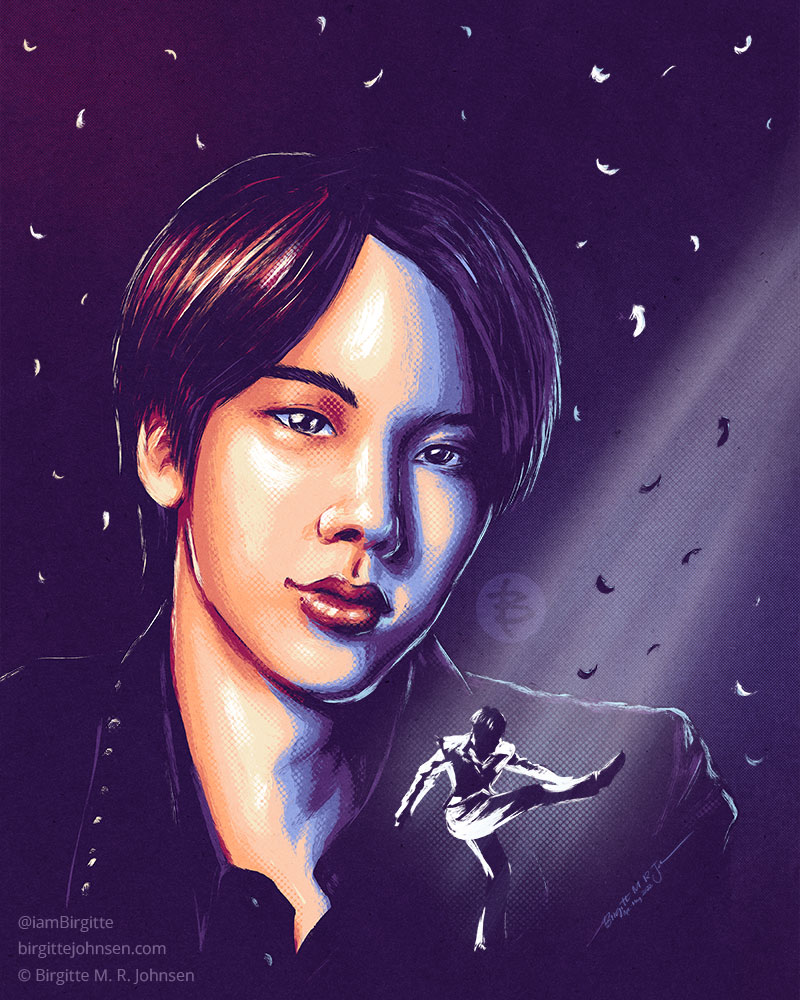 Having the images themed on one of BTS’ music videos of course meant that all the reference images for the portraits and the dance performances were taken from the video, or the photos taken during the video shoot. However, I also added the falling feathers which tie the images to the performance of Black Swan during their stage shows. 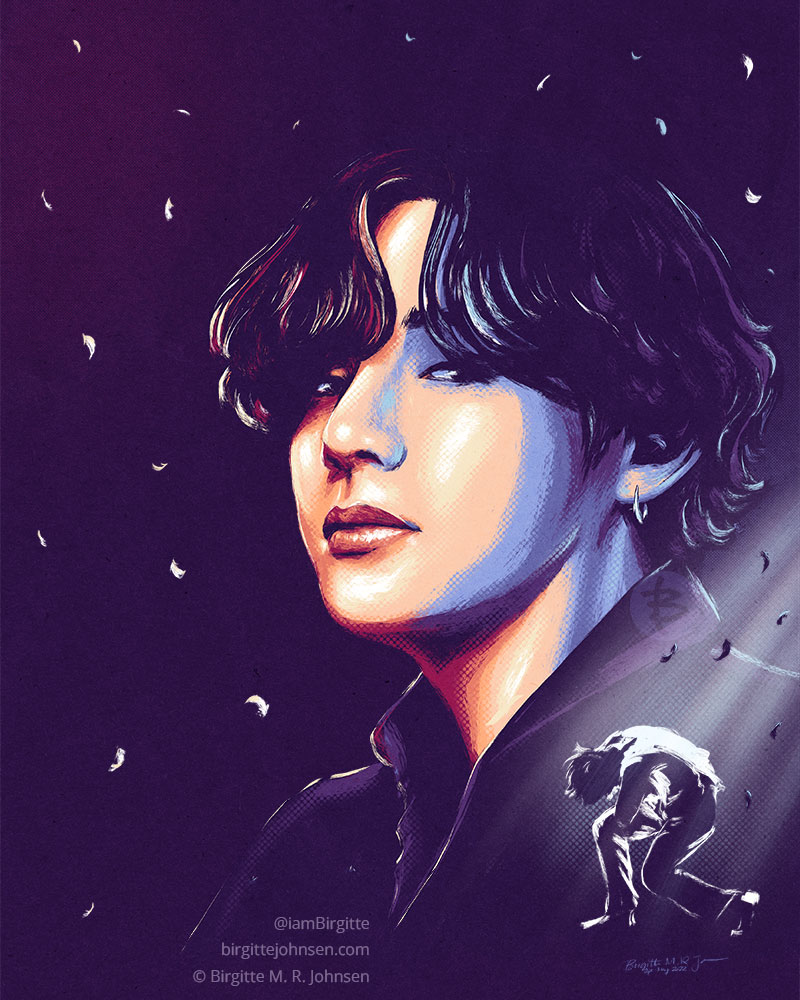 Another thing I added into the image was the dancer in a spotlight, which is overlaid each of the portraits. Yet again, these were taken from the music video, and the dancer in question is Jimin. I did toy with the idea of using performances featuring the member in the portrait, but after adding those performances over the portraits I realised Jimin’s dance solo worked better as they added more dynamics to each image. 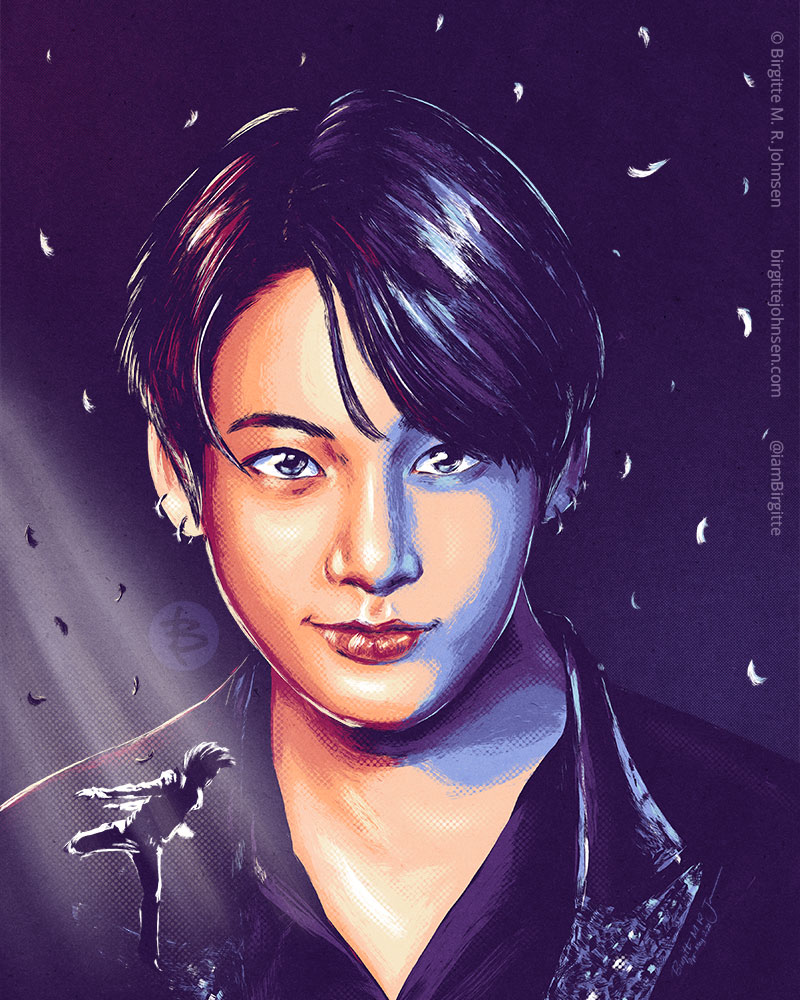 Speaking of the spotlight; there are six feathers inside the spotlights. While Jimin might be the main focus of the spotlight itself, the feathers represent the remaining six band members, to signify that the entire band is with him regardless. 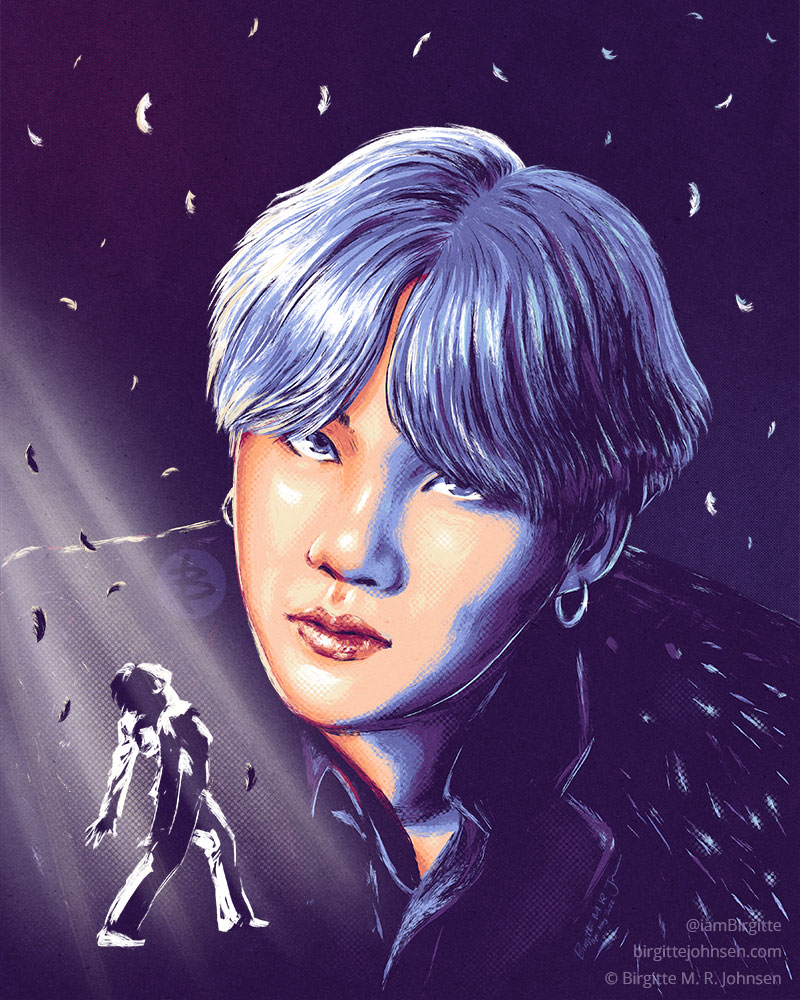 These portraits really benefited from the brush exploration I did earlier in the year. That also sets them apart from some of the other portraits I’ve done in the past. Personally I find some of the style changes to be tied to using different brushes, as they behave a little bit differently to the ones I’ve used previously. 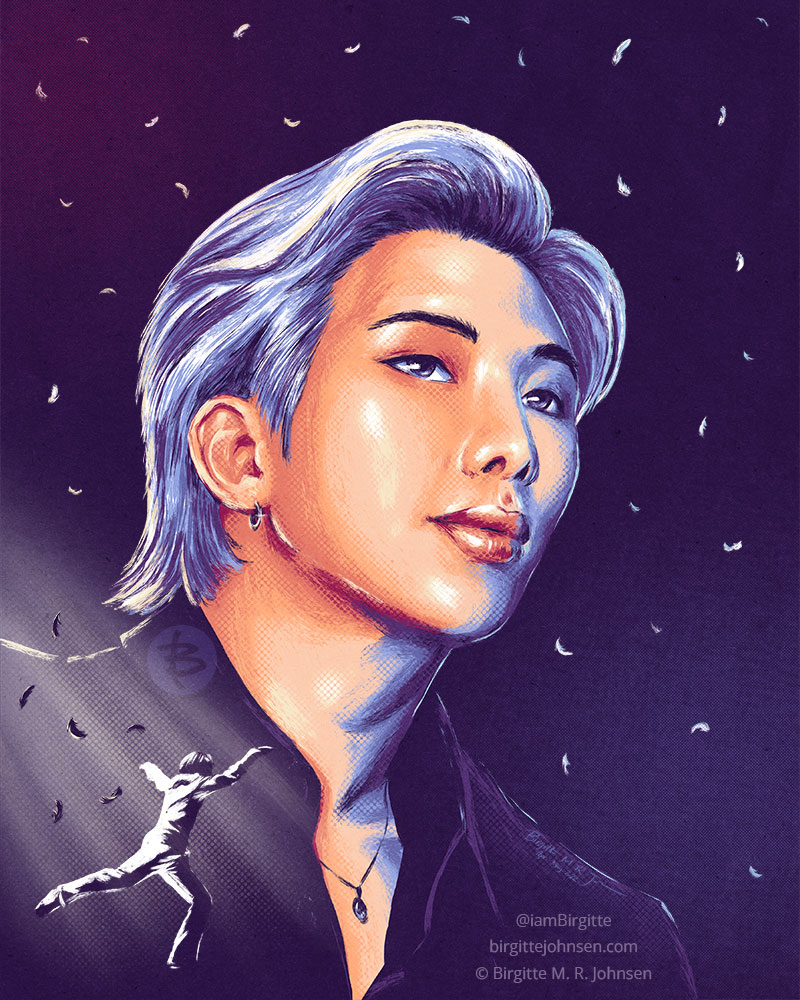 All of these portraits were painted using the exact same colour palette that consists of eleven colours, including white. My intention was always for these portraits to work well together as a set, and that they could be used in the same composition. For this reason it was important for me to ensure that the lighting was consistent through out the series. Luckily that was easy because the reference images all came from the same shot and setting. 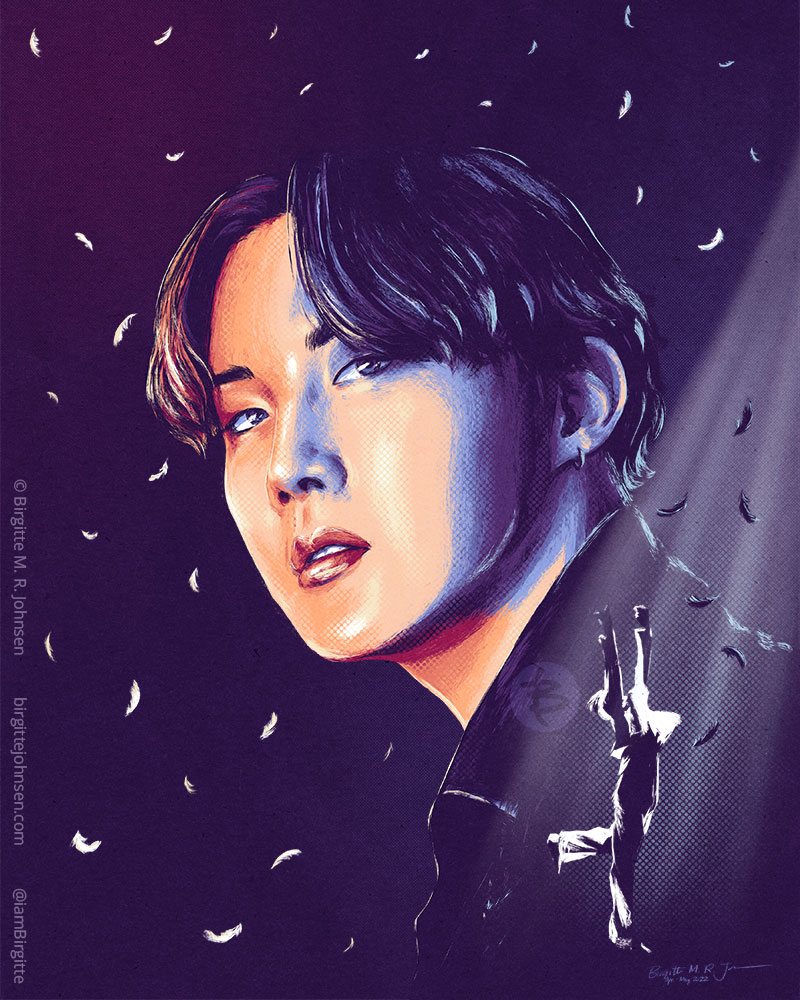 The order I’ve posted these portraits is based on when I finished them. Because I wanted the portraits to be seen together, it also meant that I sometimes finished one portrait, and went back and tweaked another. It’s something that is definitively worthwhile for a series, as it’s important to make sure that it’s a cohesive look throughout. 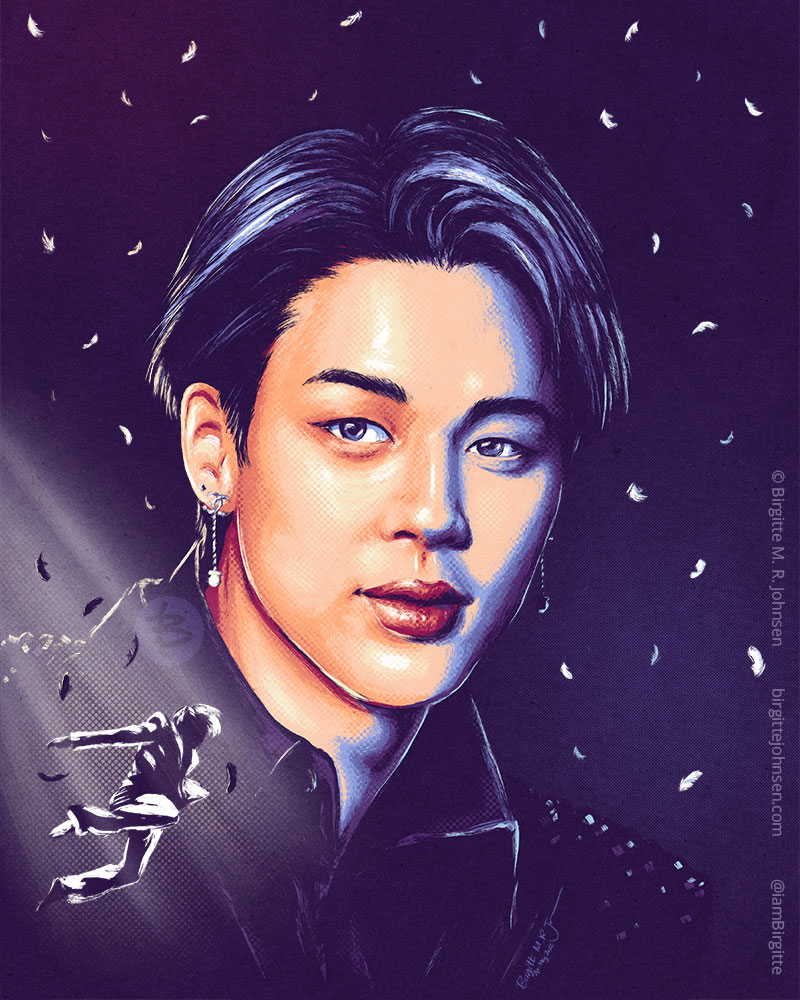 Jimin’s portrait might actually be the first portrait I started to paint, but it’s actually the last one I finished. In fact, I had a few different attempts at this portrait, both used slightly different colour palettes. One was more reminiscent of the limited colour palette portraits I’ve painted previously. And the second one simply lacked the contrasts needed for the portrait to work. I still consider those early iterations as an important part of the process behind this series as they let me experiment with brushes, style and colours, though those iterations might not be visible at all in the end result.