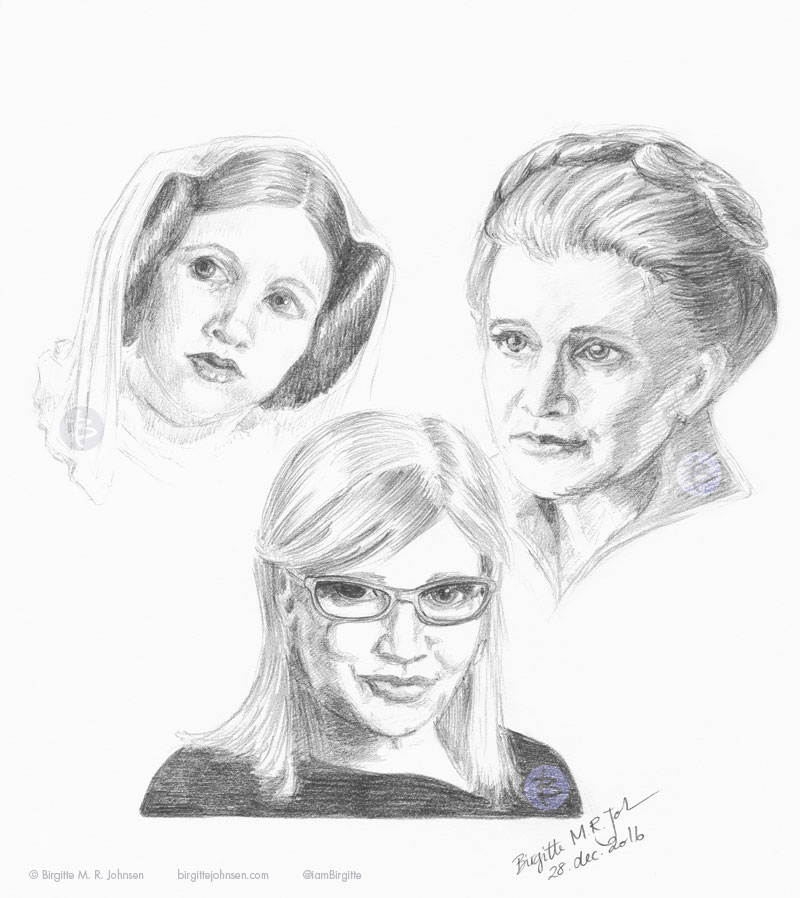 I have always looked up to Carrie Fisher, she’s been a wonderful role model, both on screen as Princess and General Leia Oragana, but also as herself when when she spoke up about mental health and feminist issues. She’s also been known to give a hand on several scripts in Hollywood, though sometimes going uncredited.

This was drawn the day after she passed away in the honour of her memory.