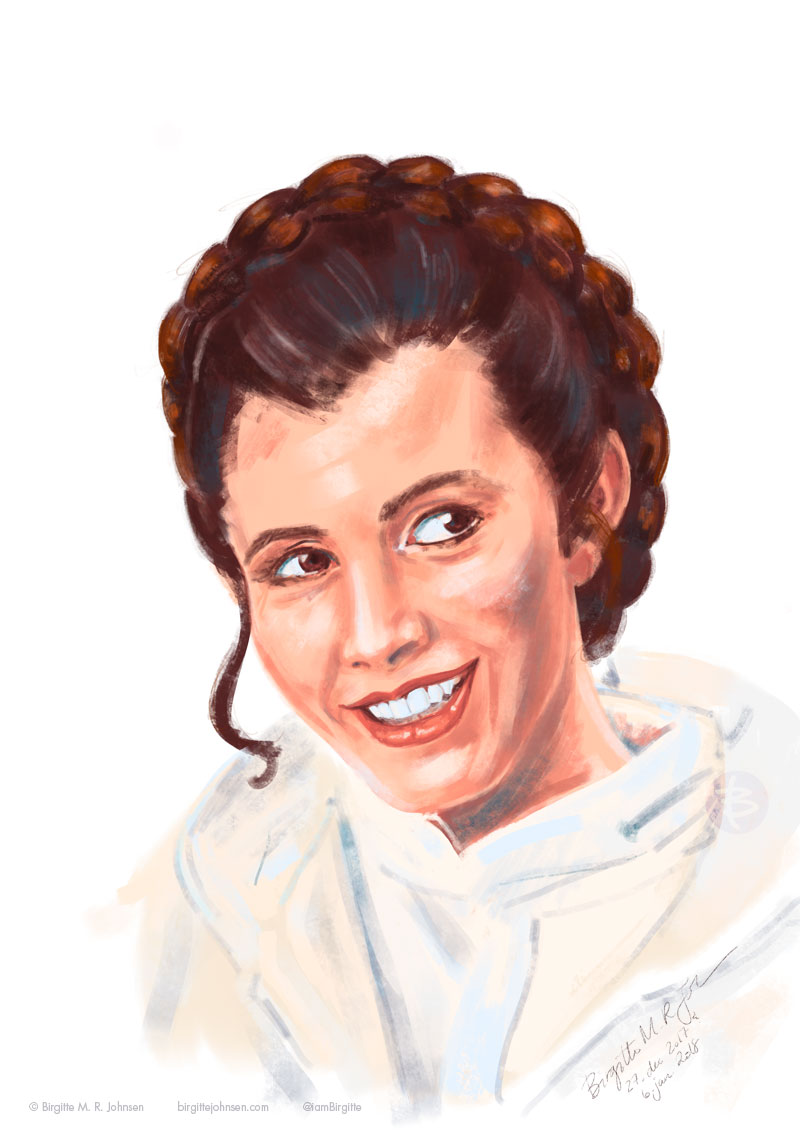 I originally started drawing a portrait of Carrie Fisher as Princess Leia on the anniversary of her passing. However, it didn’t really look like her at all, so I abandoned it and created another image. Ten days later I decided to give it another go, where I also decided to experiment with different Procreate brushes and such. This image is a reminder that sometimes it’s best to leave something for a little while and pick it up again later. Seeing something with fresh eyes can really help move a project forwards.