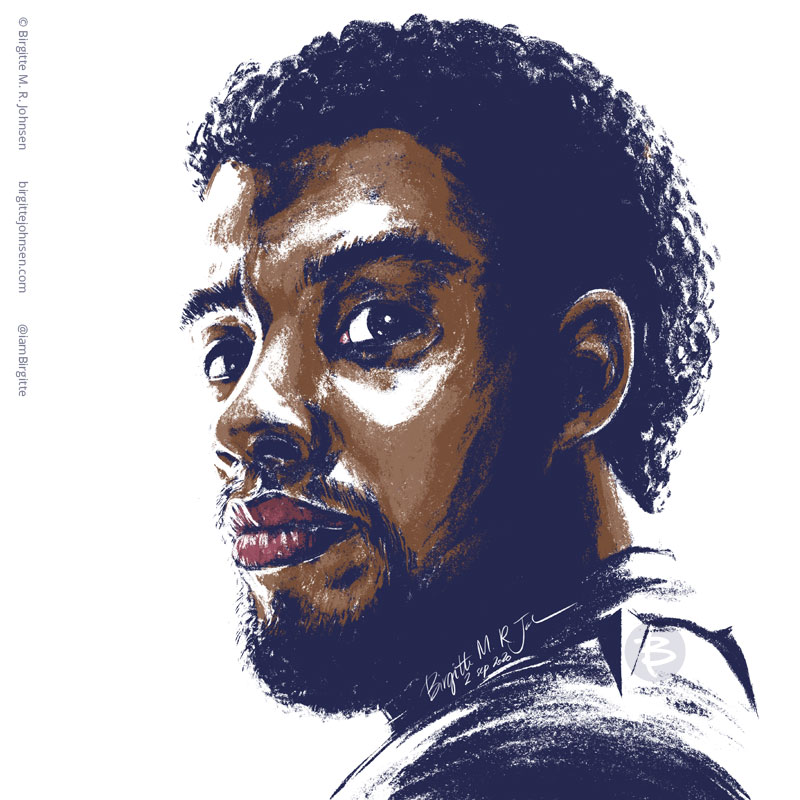 In late August 2020 the news broke that Chadwick Boseman, the actor who played Black Panther in the Marvel Cinematic Universe had passed away from cancer. He had been battling cancer for four years, but continued on working in film, filming several films in between surgeries and chemotherapy.

If you’re looking to have a portrait painted, or maybe have a project which require an artist/illustrator, to drop me a line!