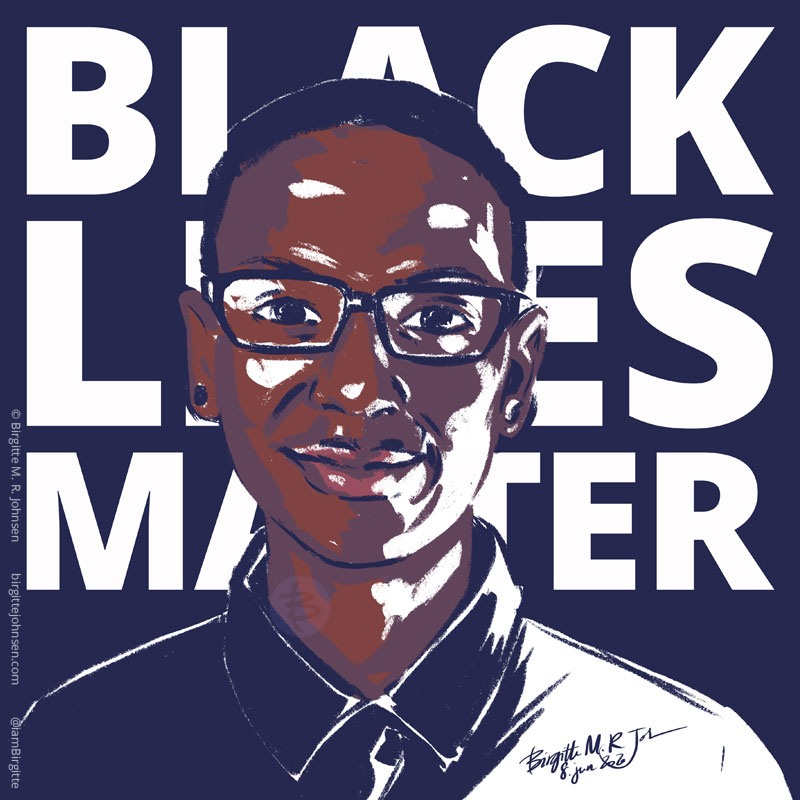 The 23 year old Elijah McClain was walking home on the 24th of August, due to his anemia he often wore a ski mask, which was also the case on this day. The police had gotten a report of a man wearing a ski mask, and the police confronted McClain. He didn’t stop instantly, and after a brief exchange, and despite no crime having been committed, three police officers wrangled McClain to the ground. The body-cam footage does pick up McClain stating he’s in pain and doesn’t have a gun. The police continued to restrain McClain using a stranglehold, and after McClain was handcuffed he vomited several times. The EMTs who responded to the scene sedated him on the ride to the hospital, on the ride he also suffered a cardiac arrest. Three days later he was declared brain dead and died on the 30th of August after being taken off life support. In February 2020 a review board cleared the three arresting officers.

If you are interested in knowing how you can help, check out what places are taking donations, what petitions you can sign, but also please have a look at the different learning resources available. It is 2020, equality should have been something which we didn’t need to fight for now, and the onus isn’t on the black community or other minority groups, it is something we all need to stand up for. This isn’t a political issue, it’s a human rights issue.