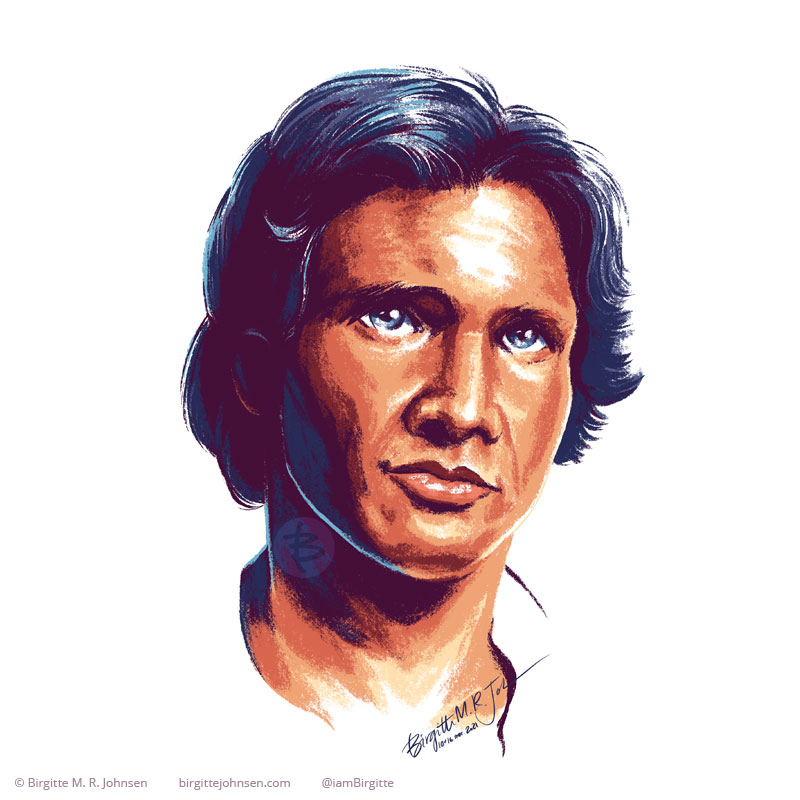 After having edited and uploaded the process video of my Star Wars portraits to YouTube I wanted to challenge myself to repaint the portraits, as my style has evolved a bit. This was actually my first portrait where I added even more vibrant colours to my limited colour palette portraits, because I just needed to see what happened when I used more colour contrasts, and add more dimension to the paintings in that way. Of course this painting is in another portrait series, which features both Luke Skywalker and Princess Leia. All three portraits were painted using the same colour palette, but with different quantities of the colours, which make them look quite different. The colour palette isn’t quite true to the reference photos, but still it doesn’t look entirely unsuitable either. If you want to see the previous version of this portrait (yes, it was tweaked to work better with the other two paintings) and the reference image, check it out my Instagram post.

If you’re in the market for a portrait, or maybe have a project which could use an artist/illustrator, please get in touch! 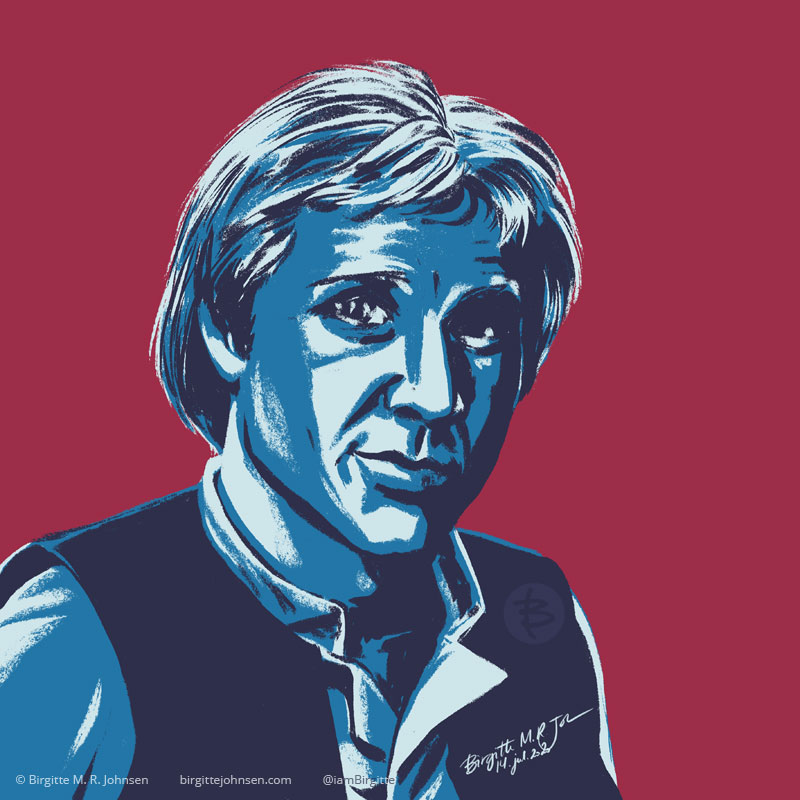 I did a little series of Star Wars portraits during my limited colour challenge of July 2020. This image is part of a mini series also contain portraits of Luke Skywalker and Princess Leia. This was actually the first time I attempted to paint Han Solo, and unlike the other two paintings, which were based on stills from A New Hope, the reference image for Han was actually from The Return of The Jedi. Though in all fairness, it appears that unlike Luke and Leia, Han doesn’t seem to get much of a wardrobe change in or even between the films.

The time lapse and creation of this portrait is available on YouTube, and is bundled with the other two portraits in the series.