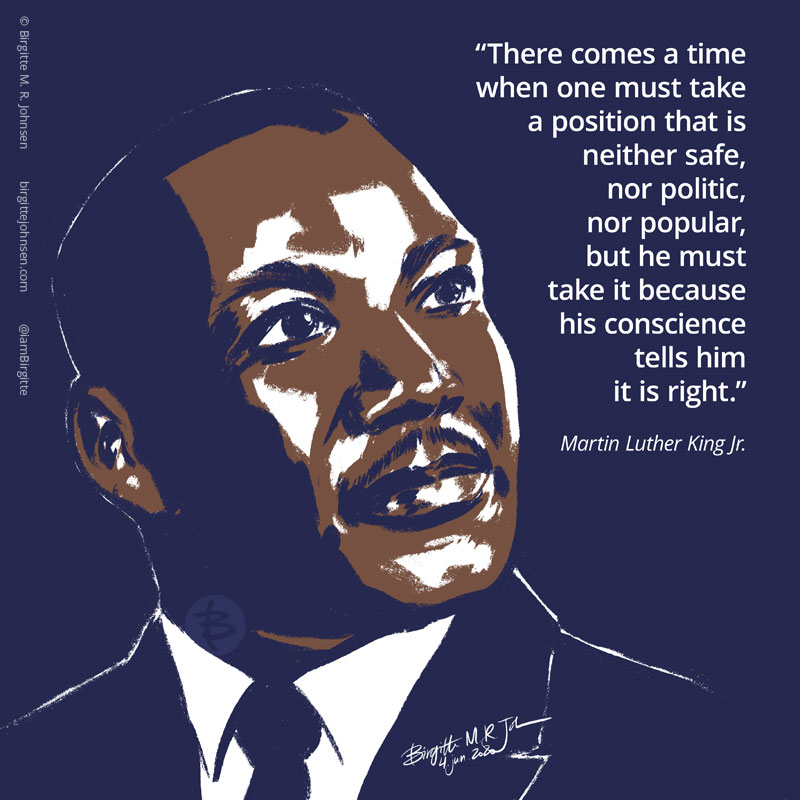 With all the protests going on during the summer of 2020, I wanted to draw something in the support of the protesters, but also something which can help people stand up and take part. While I have also been doing several portraits of the black men and women who have lost their lives, I also wanted to pay a homage to Martin Luther King Jr. who is still an inspiration to many of those protesting.

I also used a quote which I think seem very apt right now. There are so many people who are finally seeing the injustice and speaking up. I have to admit I haven’t been that vocal about it in the past, but I am trying to get better at it.

Want to know how you can help? Check out where you can donations, sign petitions, and check out the learning resources. It is 2020, equality should have been something which we didn’t need to fight for now, and the onus isn’t on the black community or other minority groups, it is something we all need to stand up for. This isn’t a political issue, it’s a human rights issue.