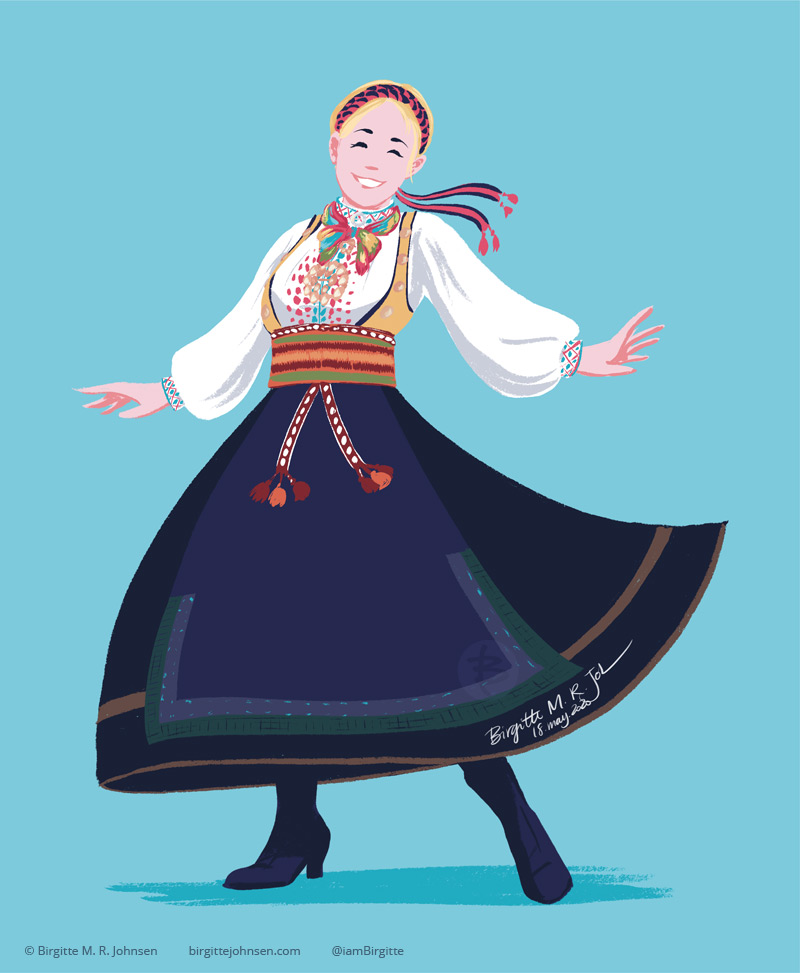 The Beltestakk stems from Telemark, and is named after the long woven belt. This belt is usually around 160cm long, meaning it has to be wrapped around the wearer’s waist several times.

This is actually one of my favourite national costumes. I find it to be one of the most colourful ones, and comes in a ton of different colours, both the embroidery on the shirt and the colour of the belts. 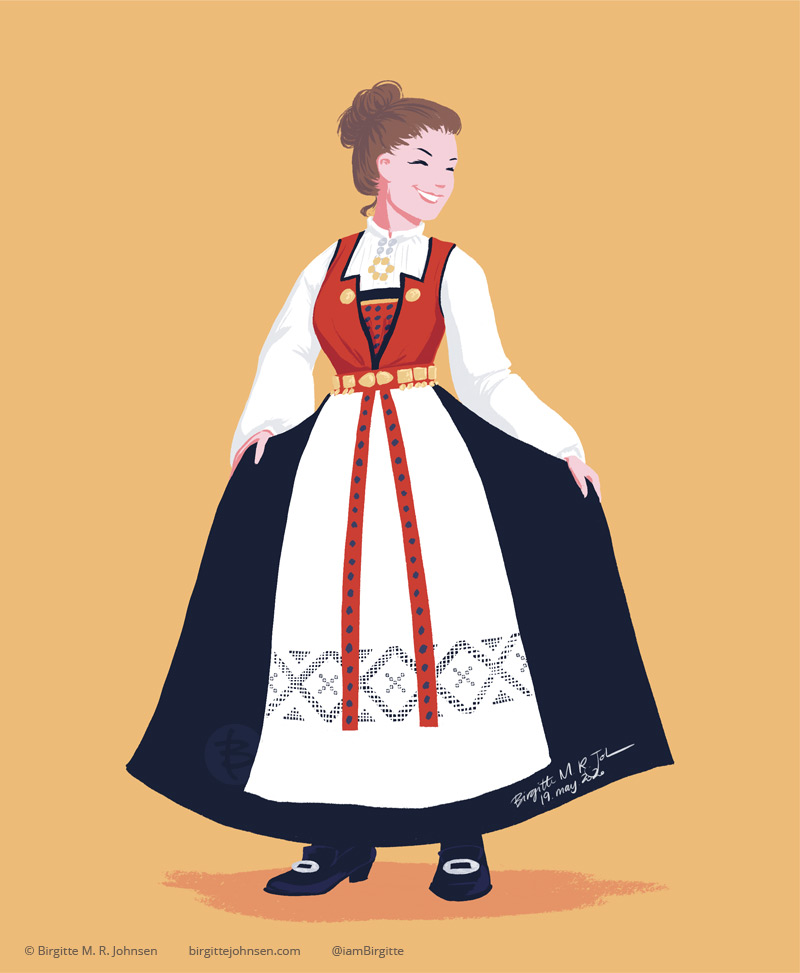 The next Norwegian national costume is the Hardangerbunad. This might be the most well known national costume, and has been very popular, to the point where it was viewed as a national symbol of Norway. 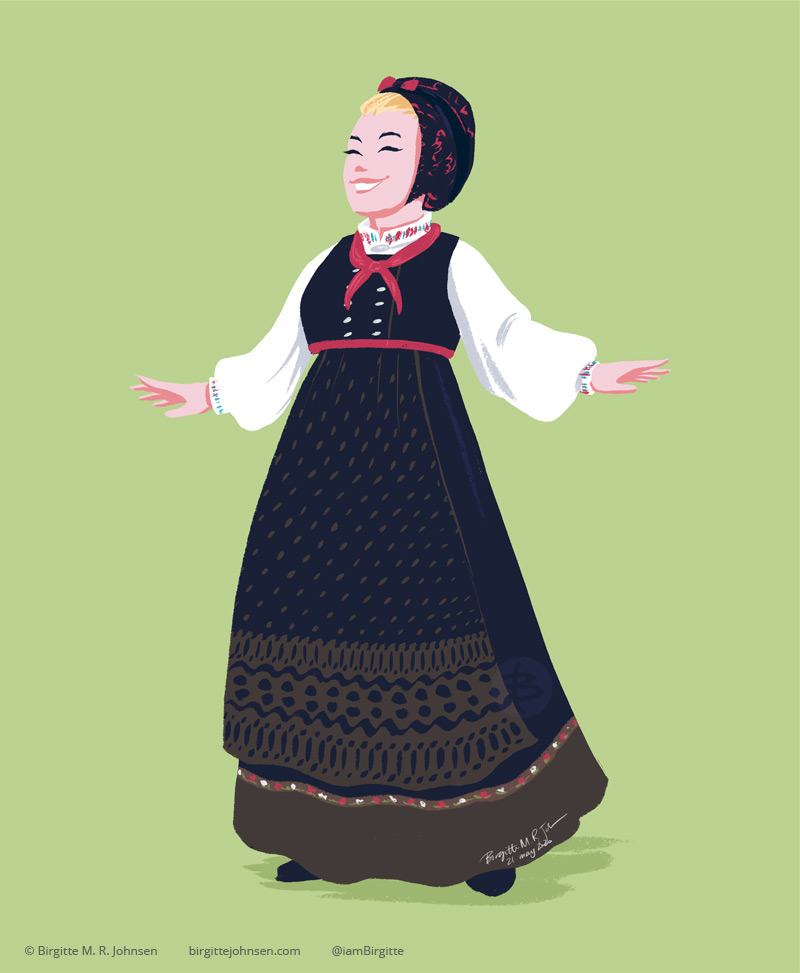 This National costume, called Skjælingsdrakt, is based on the dress traditions found in Øvre Numeral (Upper Numedal) during the second half of the 1800s. The bunad gets its name from the stiffened and wavy hem in the waist of the dress, which isn’t pictured in this painting.

This type of costume is highly customisable with choice of ribbons and patterns, and of course the colours of these which the wearer can choose. This one is based on the costume of a friend of mine, who actually got married in her beautiful national costume. 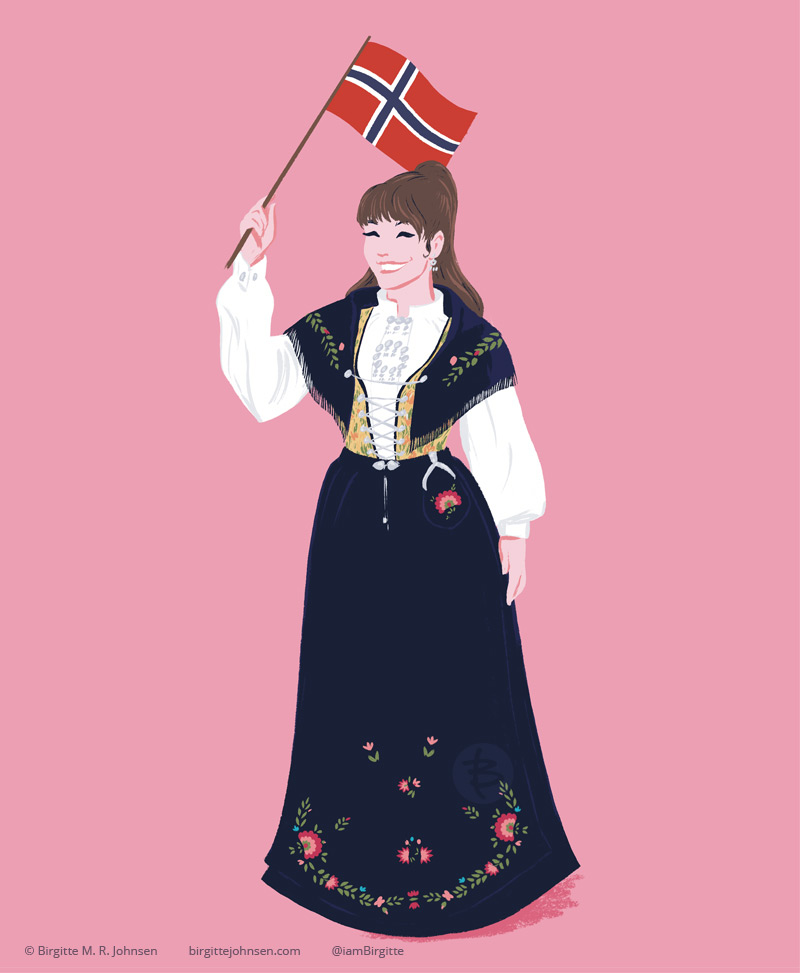 Rogaland has several bunads, which all are embroidered. This particular Rogalandsbunad has the pattern stemming from Tjelmeland, and might be this one of the less known ones. At least it seems less known as I’ve bought lots of magazines featuring lots of National costumes, hoping they’ll show photos of this one, without any luck.

To be fair, the main reason I painted this particular Rogalandbunad is because this is the one I have. It was actually made by my paternal grandmother, who also owned one just like it. 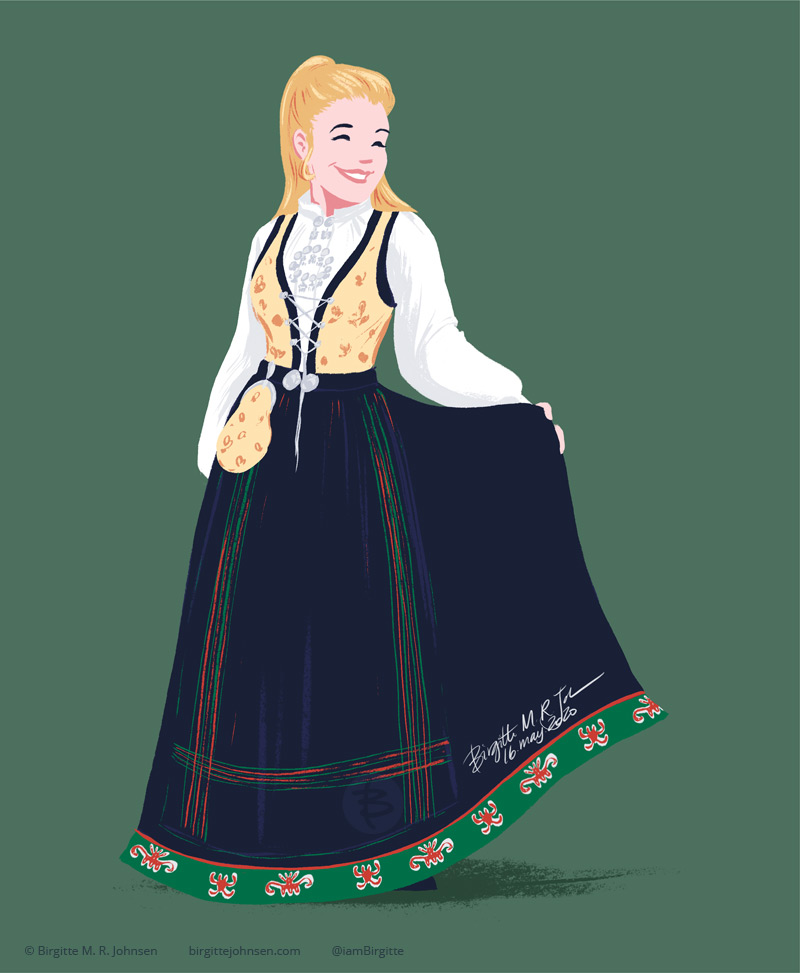 This type of bunad is called Sognebunad, and comes from the county Sogn and Fjordane. This image depicts the bunad
my cousins have. I believe it was our grandmother who made the bunads for all of my cousins, but they’ve chosen to have different coloured bodices and bags, which sets them apart from each other. 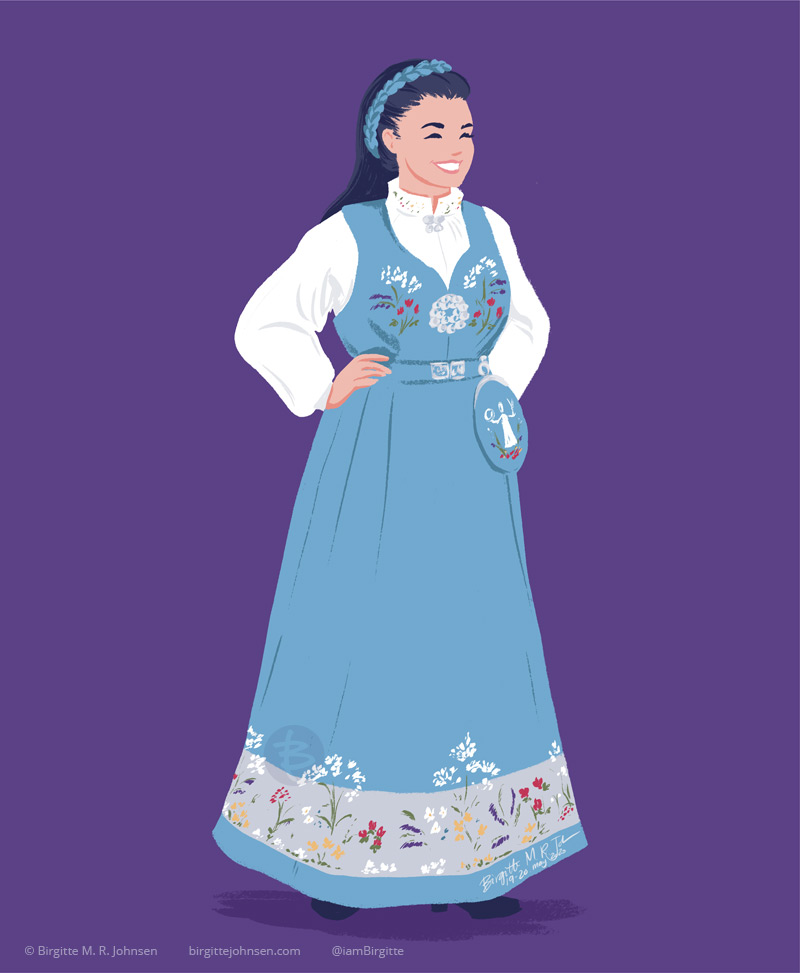 Most bunads and other Norwegian national costumes are based on traditions of the area they’re from. The Oslobunad, on the other hand, was designed in 1947, and was originally created for the 150 year jubilee of the city’s first department store. In 2007 it was given national costume status.

The colours of is costume was based on the Oslo’s crest, and the bag even features St. Harvard, the patron saint of Oslo. It also features several wildflowers found in the region. As late as 2013 the costume was made available in a dark blue as well.