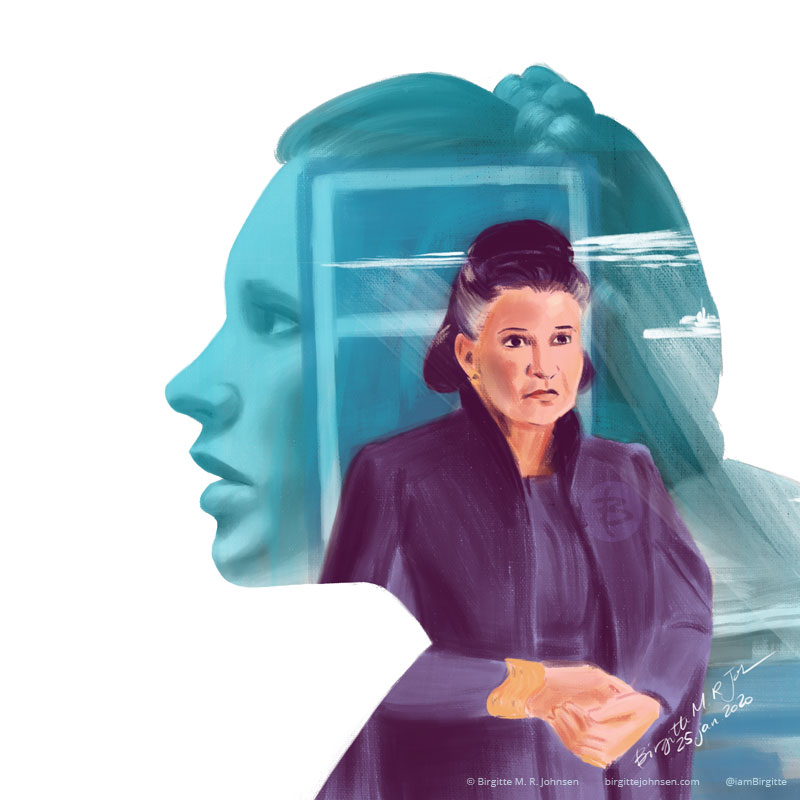 As I had been working on more portraits, I decided to change things up a little bit and try to draw both Leia as a princess and general in one image. I landed on this double exposure style, which I quite like. I thought this would be a very good way of showing progression in the character, which, to me, remains one of the strongest characters in the Star Wars universe. 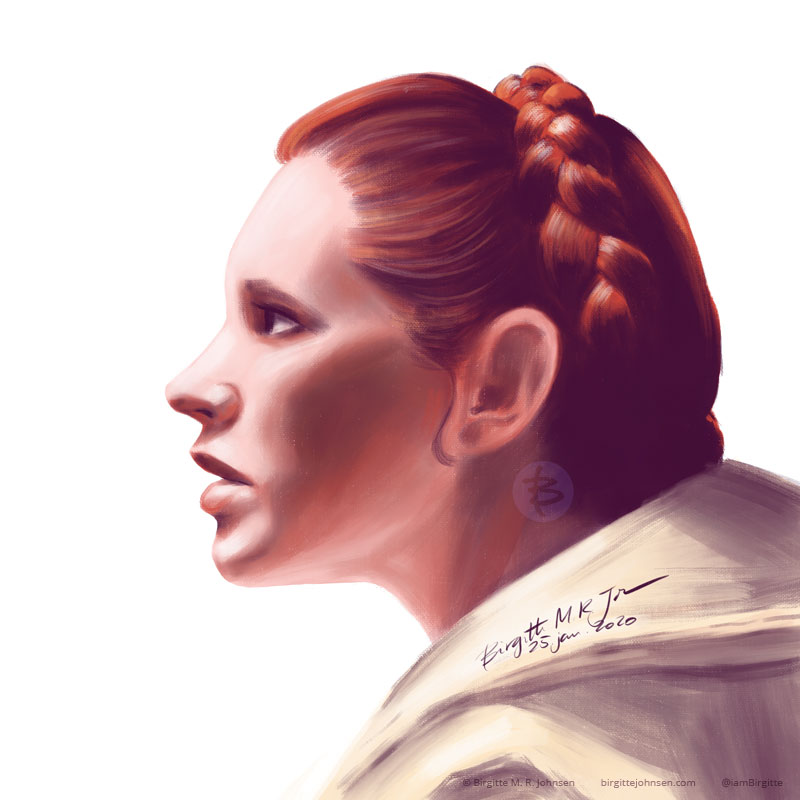 The portrait of Princess Leia which isn’t all that visible in the previous image. The reference image for this is from Empire Strikes Back, while Leia and Han are talking on the base on Hoth. I believe it is in the same scene where she utters the famous insult “Why, you stuck-up, half-witted, scruffy-looking nerf herder!”.