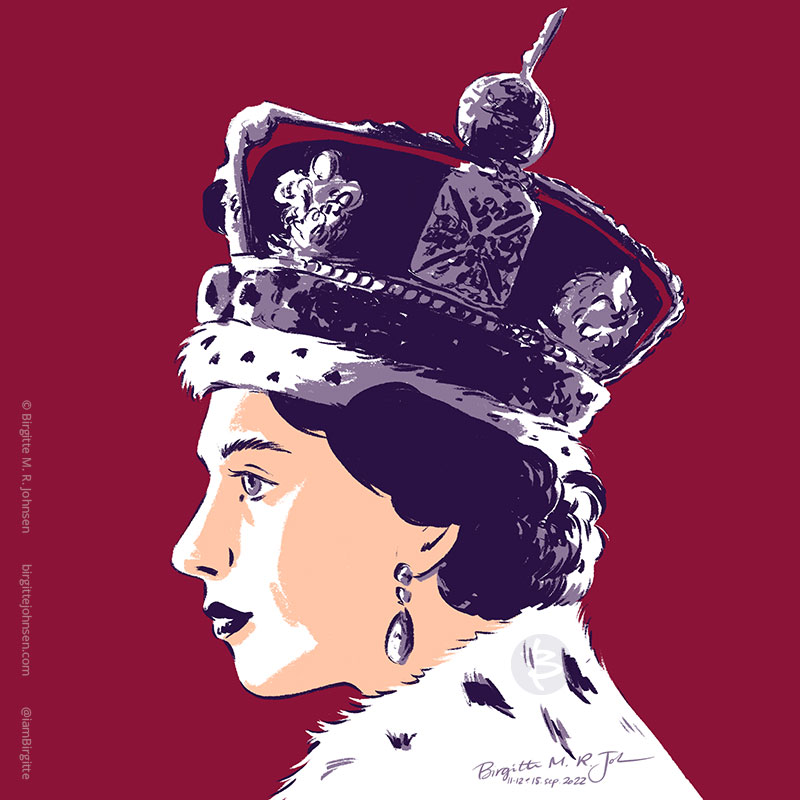 The first image I created was this portrait of the Queen based on images from her coronation in 1953.

The aim was to create a simple illustration, though one that would also honour Queen Elizabeth II. Therefore, I decided to use a limited colour palette, which only consisted of five colours, including white. The aim wasn’t to create a perfect and naturalistic render of the Queen, but it’s also a nod to the designs used on the English notes, which would feature her portrait in profile, though as the image would be pressed onto coins it needed to be a little bit stylised. Of course, this is also one of the portrait styles I tend to work in, so it all married up quite well.

If you’re after a portrait in this style then feel free to get in touch! 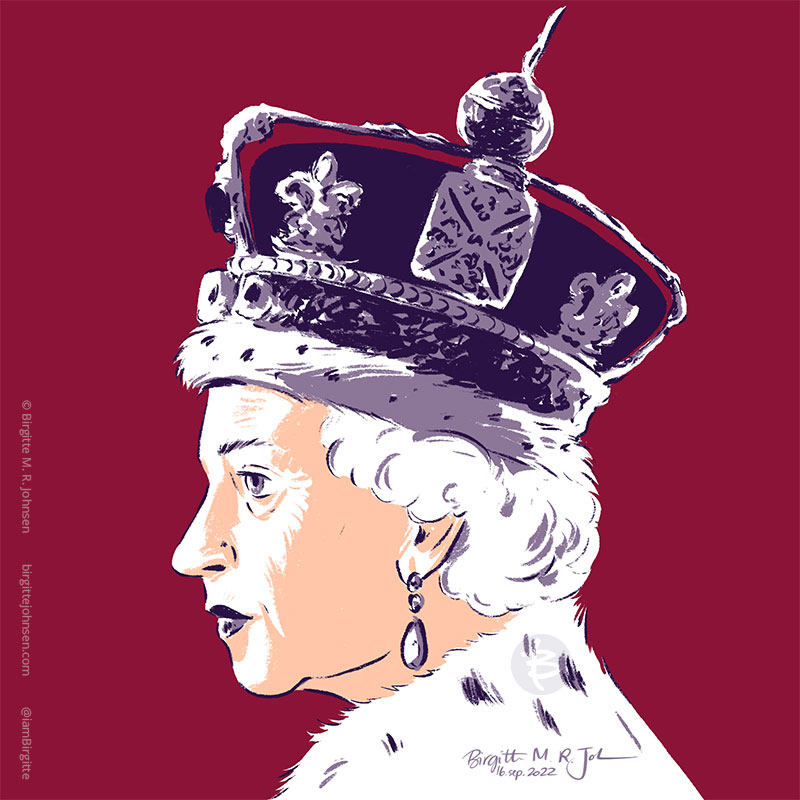 For the second portrait I focused on a more up-to date portrait of the Queen, so something closer to how we’re used to seeing her. Though I wanted there to be a similarity to the previous portrait, so I kept the same pose, and the same crown. 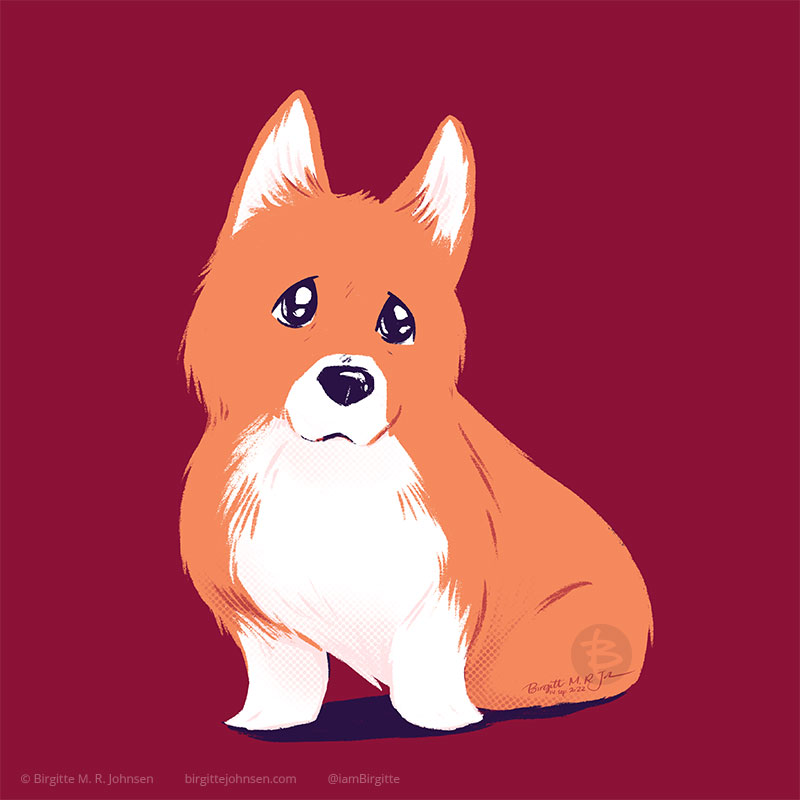 Right, so this image isn’t a portrait of the Queen at all. But, Queen Elizabeth II was known for being a dog lover and throughout her life she owned a lot of corgis, many of which she bred herself as well. Therefore it felt quite appropriate to paint a mourning corgi. Due to the Queen’s love for corgis, they sometimes appear to be a figure head for the royal family.