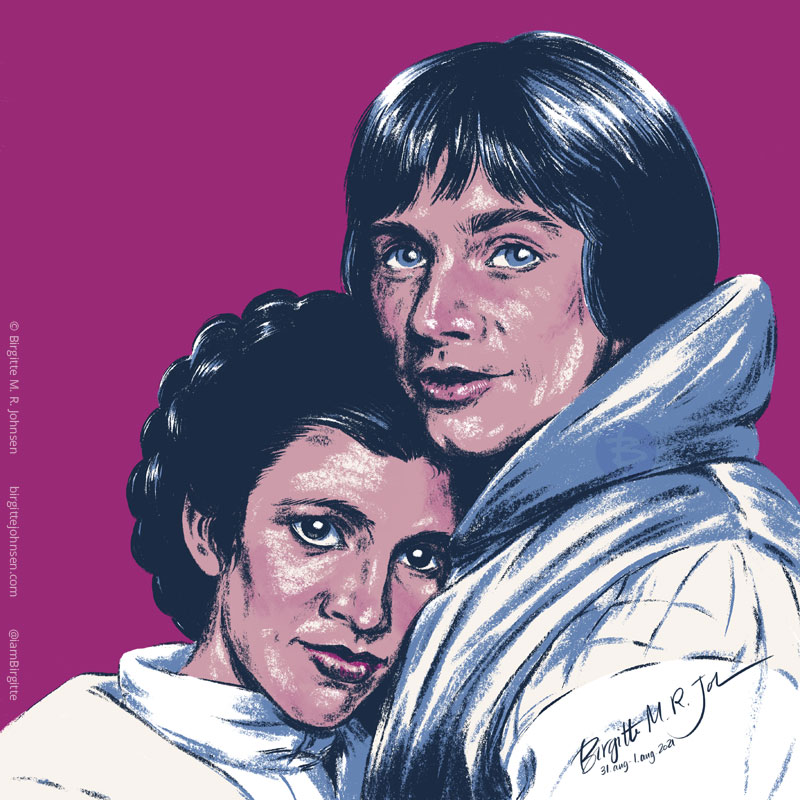 When I think of Luke and Leia, this is kind of how I picture them, though Leia might have her signature “space bun” hair do. But I always imagine them close, as brother and sister (spoilers! which isn’t a spoiler as the film has been out for nearly 40 years), which might also be because of how close Mark Hamill and Carrie Fisher were even in real life.

I chose to revisit these portraits during my limited colour palette art challenge, Huely, which is why they’re painted in a slightly unnatural colour palette, which works surprisingly well. But I did keep the same reference image to the old portrait; a promotional photo for ‘Empire Strikes Back’. 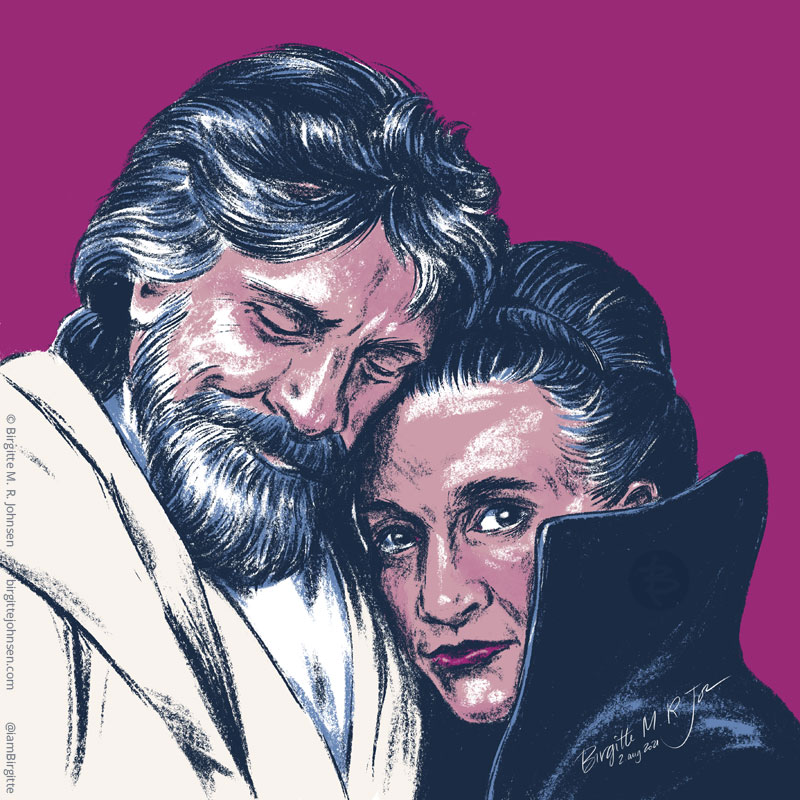 Of course I couldn’t leave it with just repainting one of the two Luke and Leia portraits. So I embarked on this painting as well.

I just love how they decided to recreate the pose of the previous image for ‘The Last Jedi’, and thought it was the prefect reference image for a second portrait of the twins. I also love how they’ve not matched it completely, with their places swapped, but also that they’re all grown up and still care for each other so much, which to me, again, represents the bond between Mark and Carrie even more so. The reference image for this painting was another promotional image, but this time it’s for ‘The Last Jedi’, and captured by photographer by Annie Leibovitz.

These portraits were painted early on while I was experimenting with this limited colour palette portrait style. Comparing them to the newer they seem more sketchy, as the lines are thicker and bolder, there’s a hint of texture, but it’s not consistent. 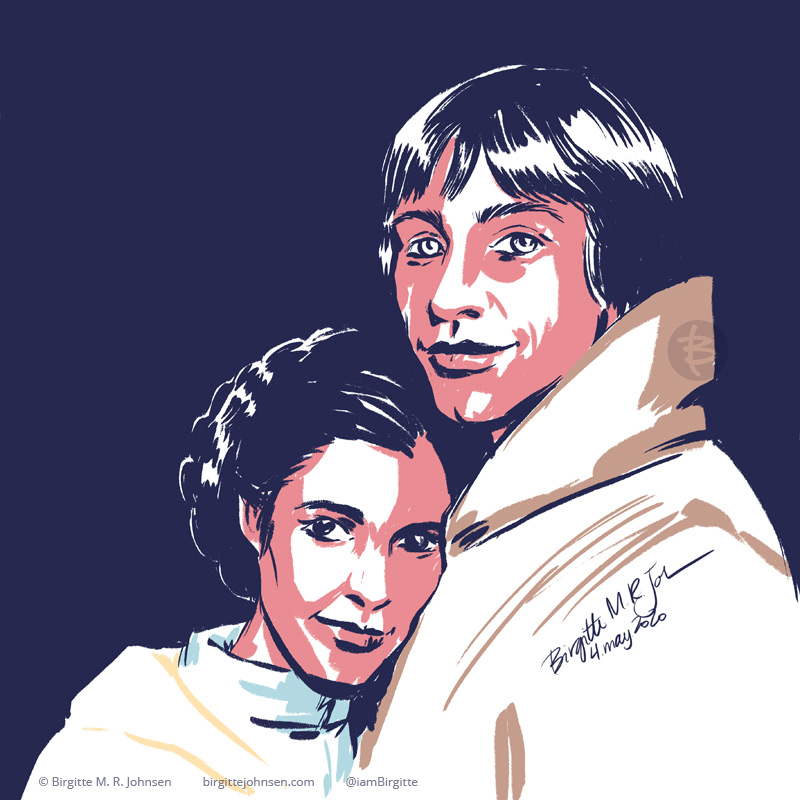 The initial painting made for for Star Wars day (May 4th). My choice automatically fell on Luke and Leia, because they’re my go-to characaters when I think of the films. 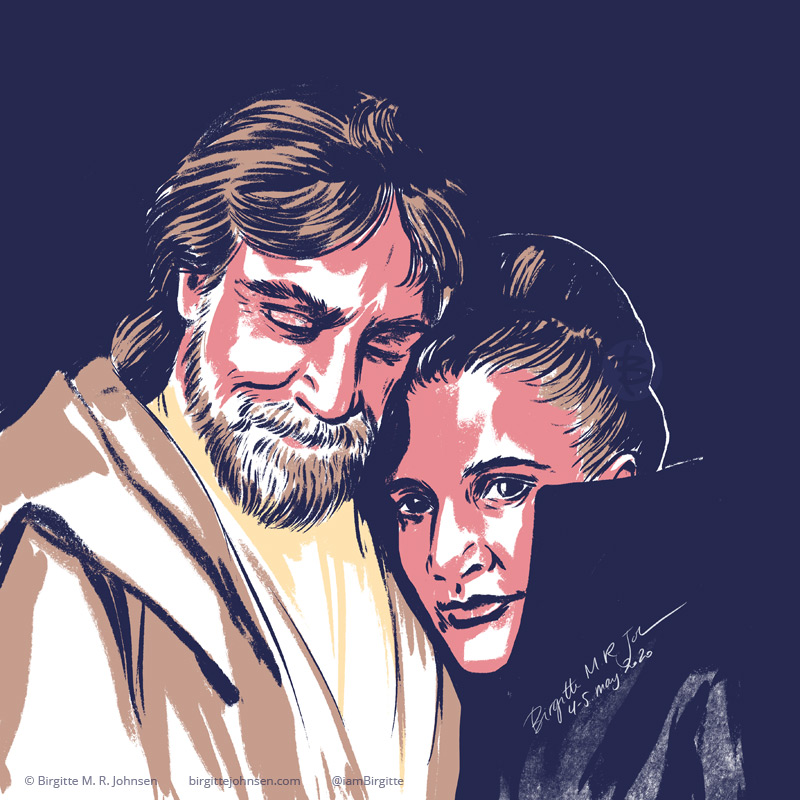 After finishing the previous painting I remembered this beautiful promotional photo from ‘The Last Jedi’, which was the characters all grown up in a similar pose. Of course I had to paint that as well, which let to this image.