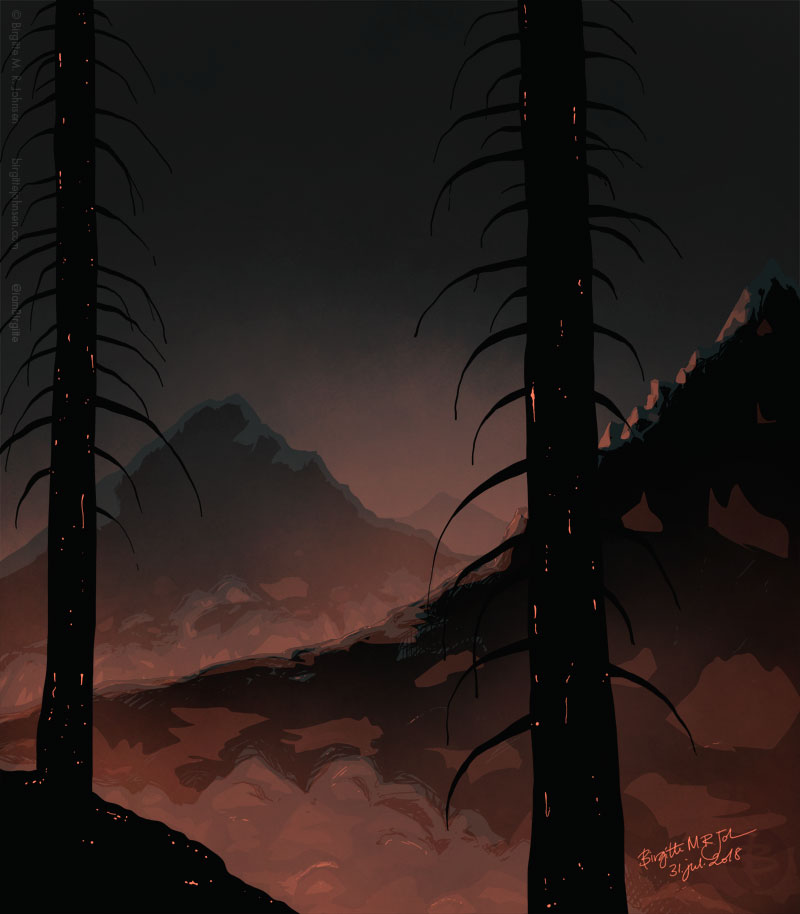 It’s not often that my work is inspired by current events. Fire, and especially forest fires are something I really dread, as I know the destruction they cause, especially if they’re not under control. I suppose this fear is spurred on by having grown up in an area of the world where the houses are mainly built out of wood, and having a forest more or less on my doorstep.

During the summer of 2018 Europe experienced a massive heatwave, many countries set several heat records. However, the heatwaves also meant quite a bit of a drought, which in turn sparked quite a few forest fires. Parts of Scandinavia was set ablaze. There were so many and big forest fires in Sweden that several EU countries sent firefighters and equipment to help to get the fires under control.