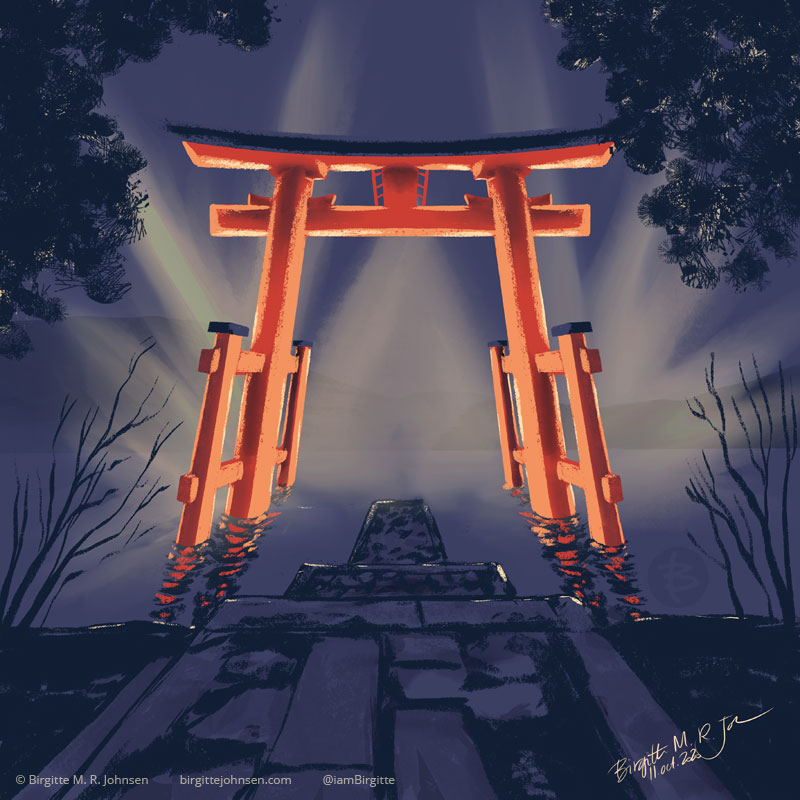 I have painted several images from Japan, both during my Inktober 2019 series, but also a few individual images. Yet I keep coming back to painting scenery from Japan, sometimes featuring structures from shrines, like this torii gate.

Torii gates tend to be at the entrance of the shinto shrines in Japan. Though some of them even stand in water, like this one in Hakone shrine which stands in Lake Ashi. Local legend tells the story of a dragon that lived in the lake, who would inflict damage on the lives of people living near the Lake. A chief priest of the shrine used his magical powers to change the dragon into a 9-headed protective spirit.

This image is available as prints in image in my print shop.