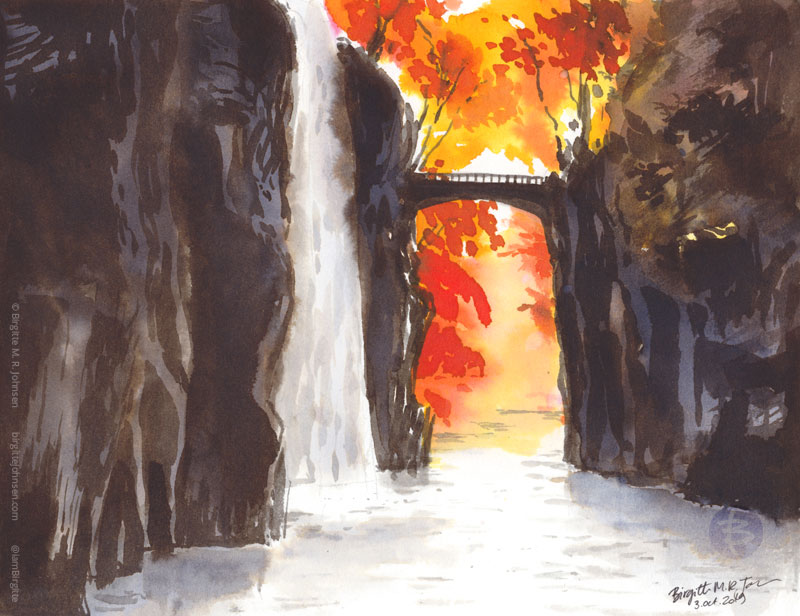 Takachiho Gorge is a narrow chasm cut through the rock by the Gokase River in Miyazaki prefecture. The gorge is only 3 meters across at its narrowest point, and the cliff sides measure up to 100 meters high. 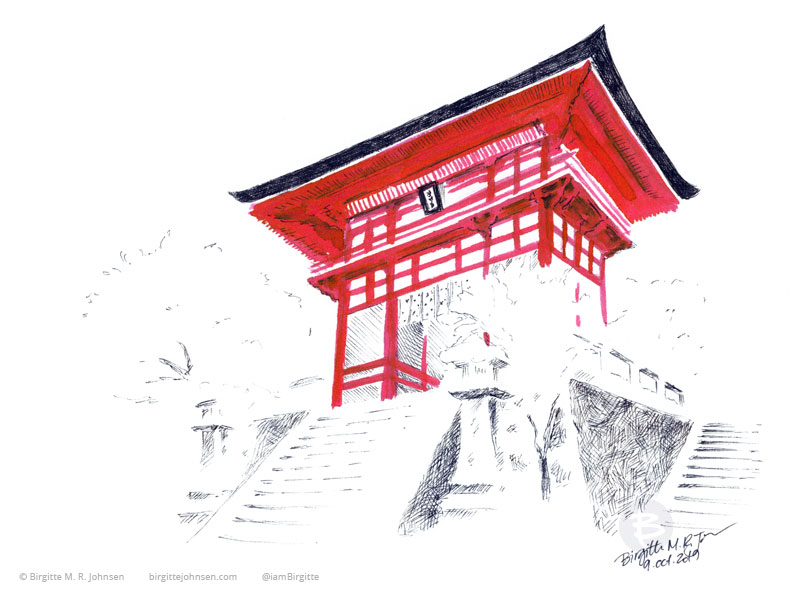 This Buddhist temple is one of Japan’s most celebrated temples and was founded in 778, and is on the UNESCO world heritage site for Historic Monuments of Ancient Kyoto. The structure is called The Niōmon, a Deva Gate, which marks the entrance to the temple complex. 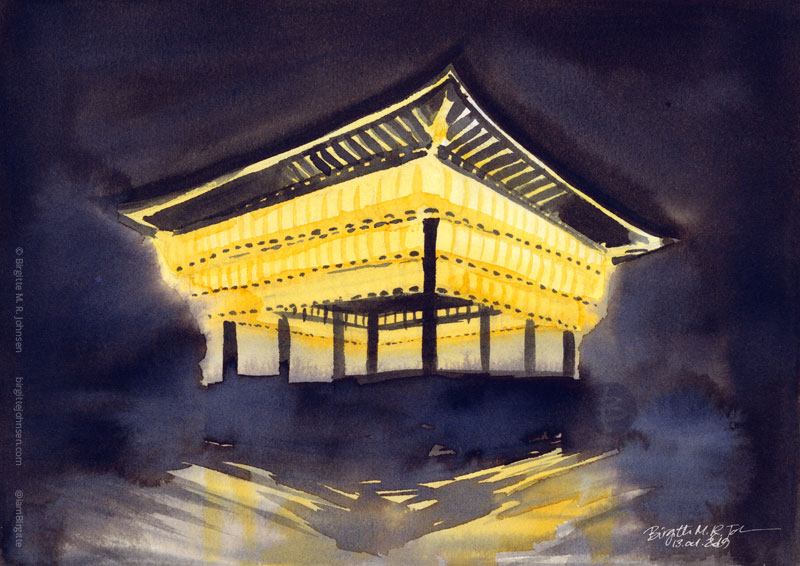 Yaksaka Shrine in Kyoto is one of the most popular shrines of the city. Like many Shinto shrines it takes donations, both in the form of torii gates, but also as lanterns. Yasaka shrine’s stage is often decorated with lanterns which are lit at night, creating beautiful imagery. 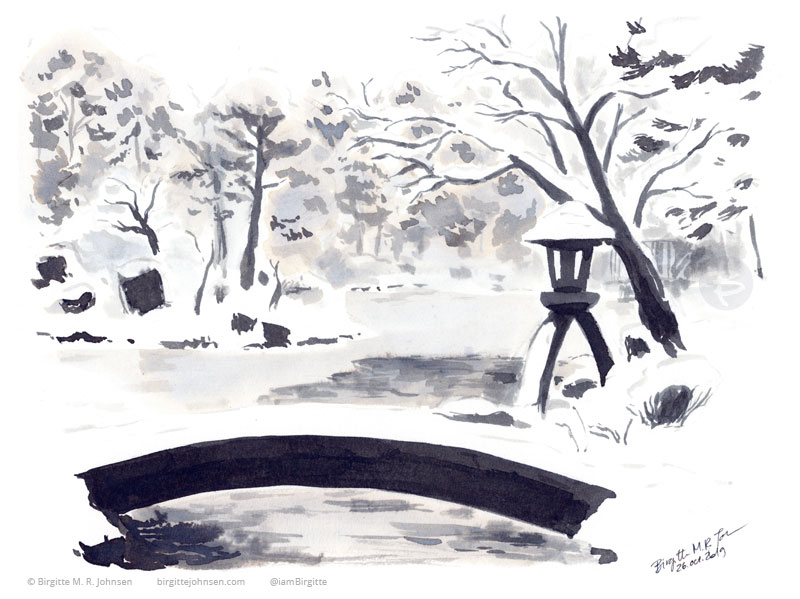 Located in Kanazawa, Ishikawa prefecture, Kenroku-en garden is one of Japan’s three most beautiful gardens. The garden is massive, covering over 11 hectares, it has an artificial pond, and several houses are dotted around the garden. 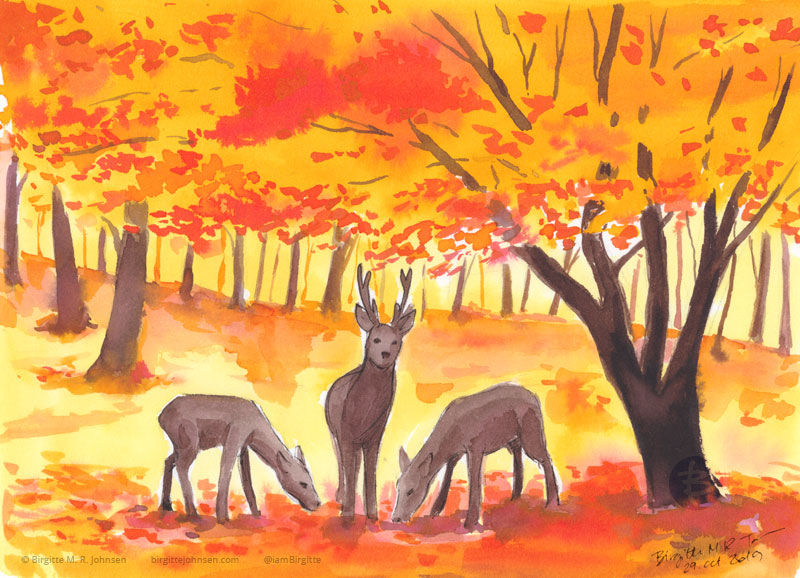 Nara Park, in Nara, is about 502 hectares with over 1200 wild sika deer roaming freely. In 2019 it was reported that several deer in the park died after consuming plastic. 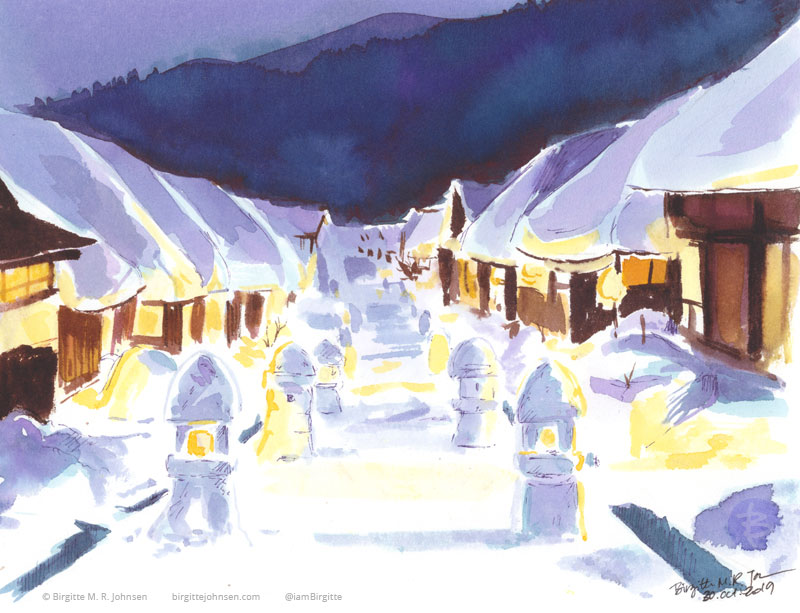 Ōuchi-juku was a post town along the Aizu-Nishi Kaido trade route, which connected Aizu with Nikko during the Edo Period. The village’s traditional houses with thatched roofs have been preserved, and is located in Shimogō, Fukushima Prefecture. Every year the village hosts a snow festival, which is what I wanted to capture in this illustration. 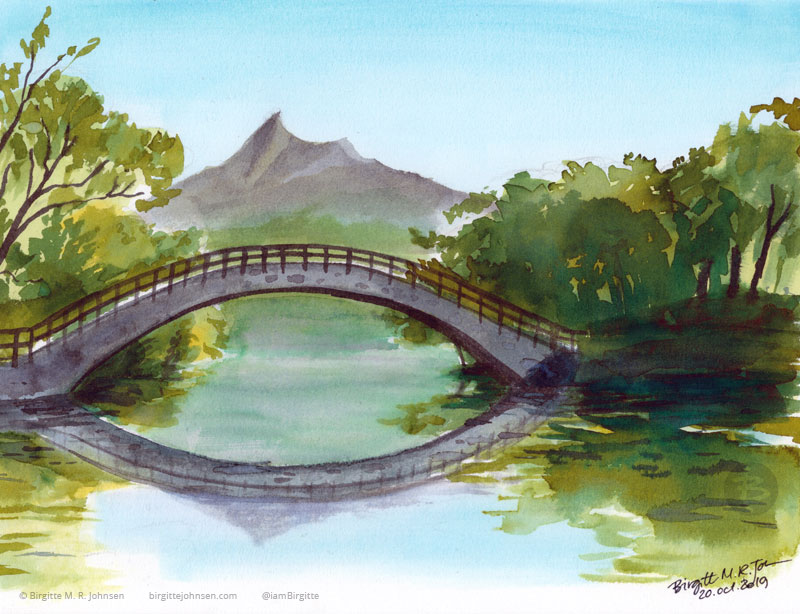 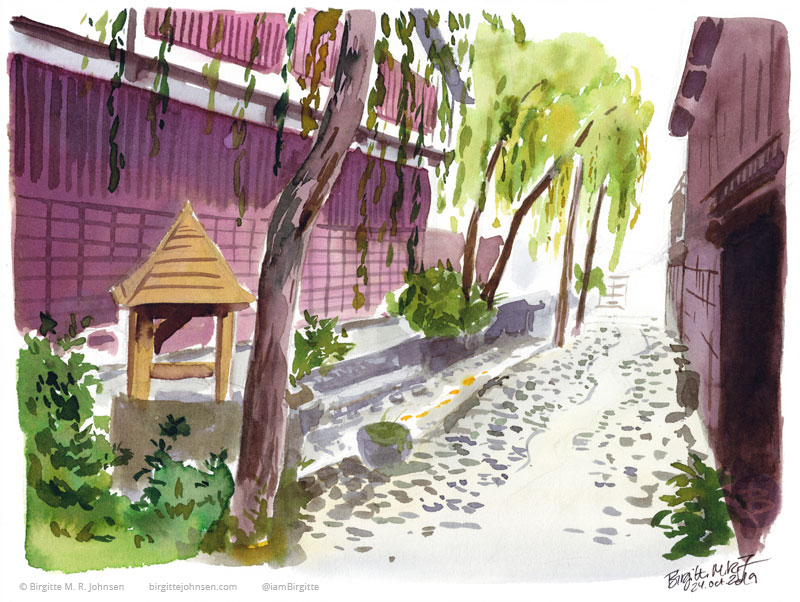 Gujo Hachiman, in Gifu prefecture, is a small, riverside town known for its pristine waterways. Its streams of fast-running, clean water have been built into little channels, some of which contain koi carps. The town’s fountains, streams and canals are still used for washing rice, vegetables and laundry. Townspeople work together to keep; as a result of their efforts, Gujo’s drinking water is a source of local pride. 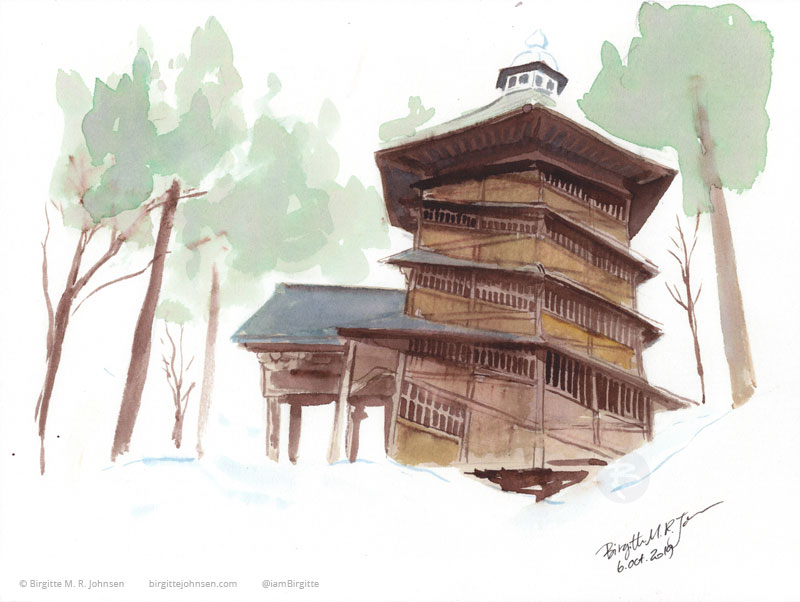 Aizu Sazaedo Temple, located in in Fukushima prefecture, is a hexagonal Buddhist pagoda which was built in 1796 and is one of the oldest wooden structures of its kind. The pagoda contains a double helix staircase, which is based on the designs by Leonardo Da Vinci for Château de Chambord, allow visitors to follow one path up and down without encountering anyone going the opposite direction. 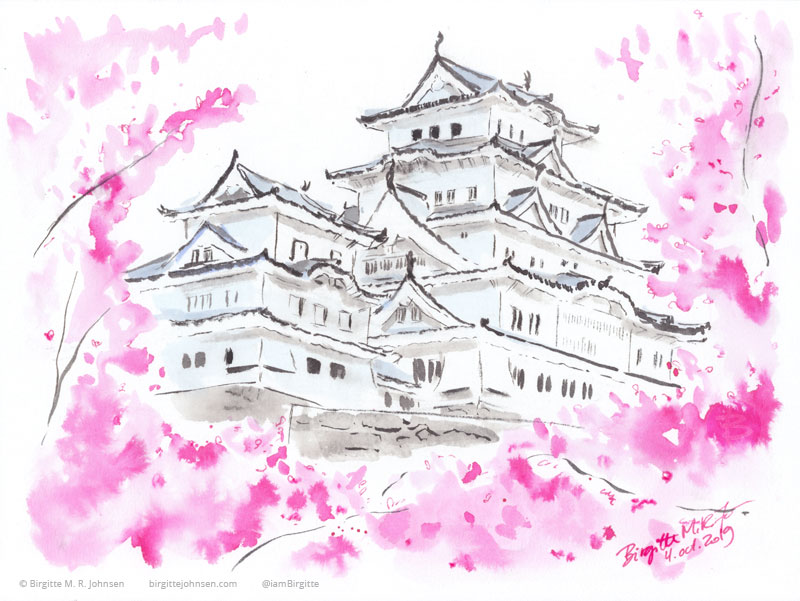 Himeji Castle in Hyōgo prefecture is a UNESCO World Heritage Site. The building was featured in “James Bond: You Only Live Twice”, as a Ninja training centre. 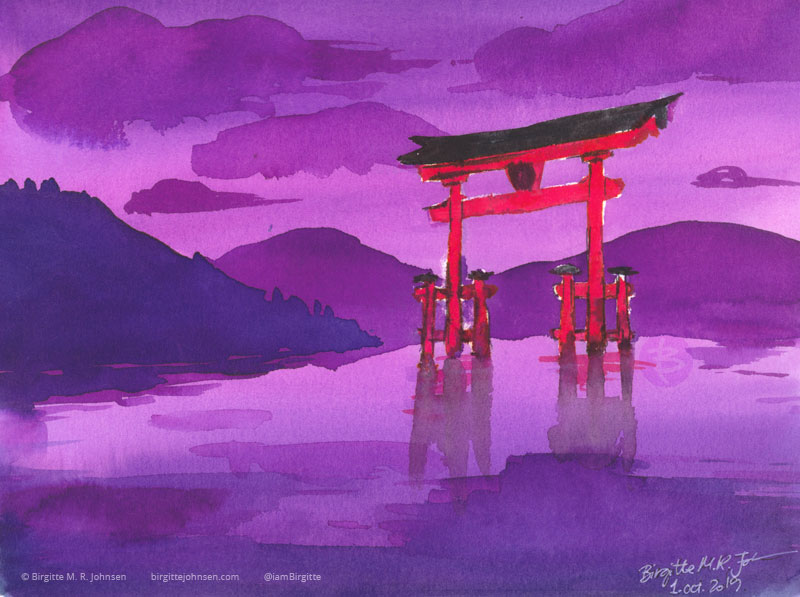 Itsukushima shrine is located in Hiroshima prefecture, and is a boat trip from Hiroshima city itself. This Shinto shrine is possibly best know for its torii gate which is appears to be floating in water.