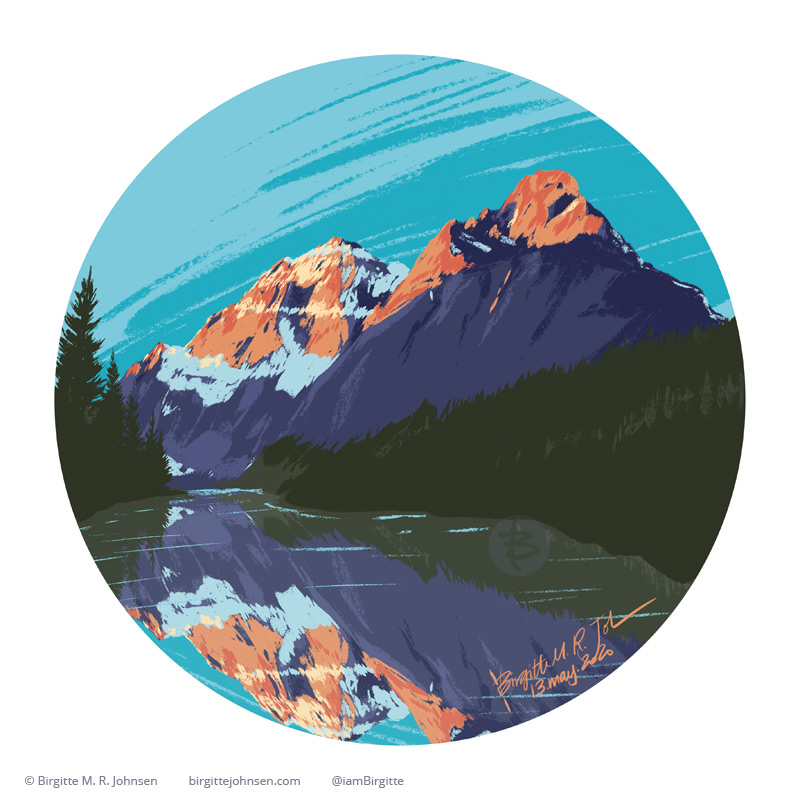 Mount Edith Cavell, is the most prominent peak within Alberta, Canada, and is located in the Athabasca River and Astoria River valleys. The mountain was renamed in 1916 after the English nurse who was executed by a German soldiers during WW1 after helping allied soldiers escape from Belgium. Previously this mountain, with its highest peak at 3363 meters above sea level was named Mount Fitzhugh.

If you really like this image, please know that I am selling prints of it.